A quick and easy system to monitor the Humidity and Temperature of your environment.

A quick and easy system to monitor the Humidity and Temperature of your environment. 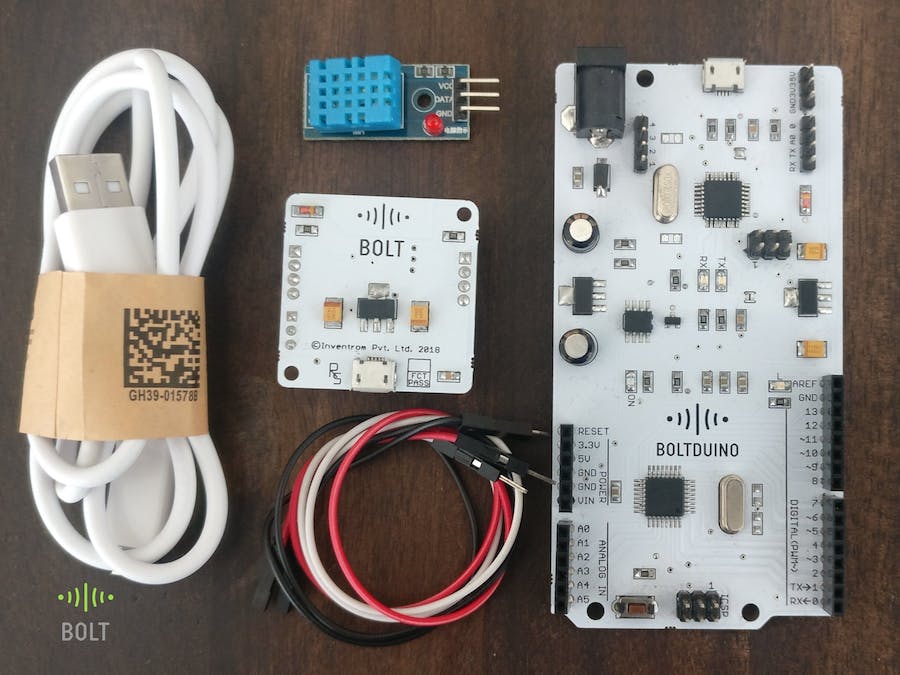 The Bolt team has recently updated the BoltIoT-Arduino-Helper library, and I thought it would be a good idea to try it out. The library now has example on how to interface DHT sensor with the Bolt Cloud, and this project is all about doing just that.

Step 1) Connect the Bolt to the Boltduino (Arduino).

This step is fairly easy for me, as the Boltduino has a pinouts that hold the Bolt WiFi module. For the makers who are planning to use the Arduino however, this means connecting the Bolt module using 4 male to male berge pin wires.

Step 2) Connect the DHT11 sensor to the Boltduino (Arduino)

For this project you will require the BoltIoT-Arduino-Helper, the Adafruit_Sensor and the DHT-Sensor-library Arduino libraries.

To install the libraries just go to the link above, and click on the clone or download button.

Once the library is downloaded, go to the Arduino IDE's tool bar, Sketck>Include Library>Add.ZIP Library...

Select the library file which you dowloaded earlier, and click on choose.

Remember to install ALL 3 LIBRARIES.

The DHT library example will open in a new Arduino IDE window.

Connect your Boltduino to the PC and click on Upload.

CAUTION: For Arduino Uno users, remember to disconnect the Bolt module from the Arduino while uploading the code.

There have been quite a few projects developed around the Bolt WiFi module, so I believe the reader has already created an Account on the Bolt Cloud and linked their Bolt WiFi module to the Cloud account.

If that is not the case, you might want to go through this.

Step 1) Create a new product on the Bolt Cloud.

Ensure to select the 'Input Devices' and 'UART' option.

I have shared the code for the software configuration.

Once done save and exit the product configuration view.

Step 3) Link the Bolt device to your new product.

Once the device is linked, remember to click on the Deploy Configurations button.

The Cloud polls the device for data every 5 minutes, so it would be best to leave the system be for about 20 to 25 minutes before you check.

Have a go at this project and in case you like our Temperature and Humidity monitoring system, check us out on Indiegogo, back us, and spread the word! We have exclusive discounts for developers and the first batch of Bolts ships out in February 2018.

Here are some other interesting projects around the Bolt IoT platform: 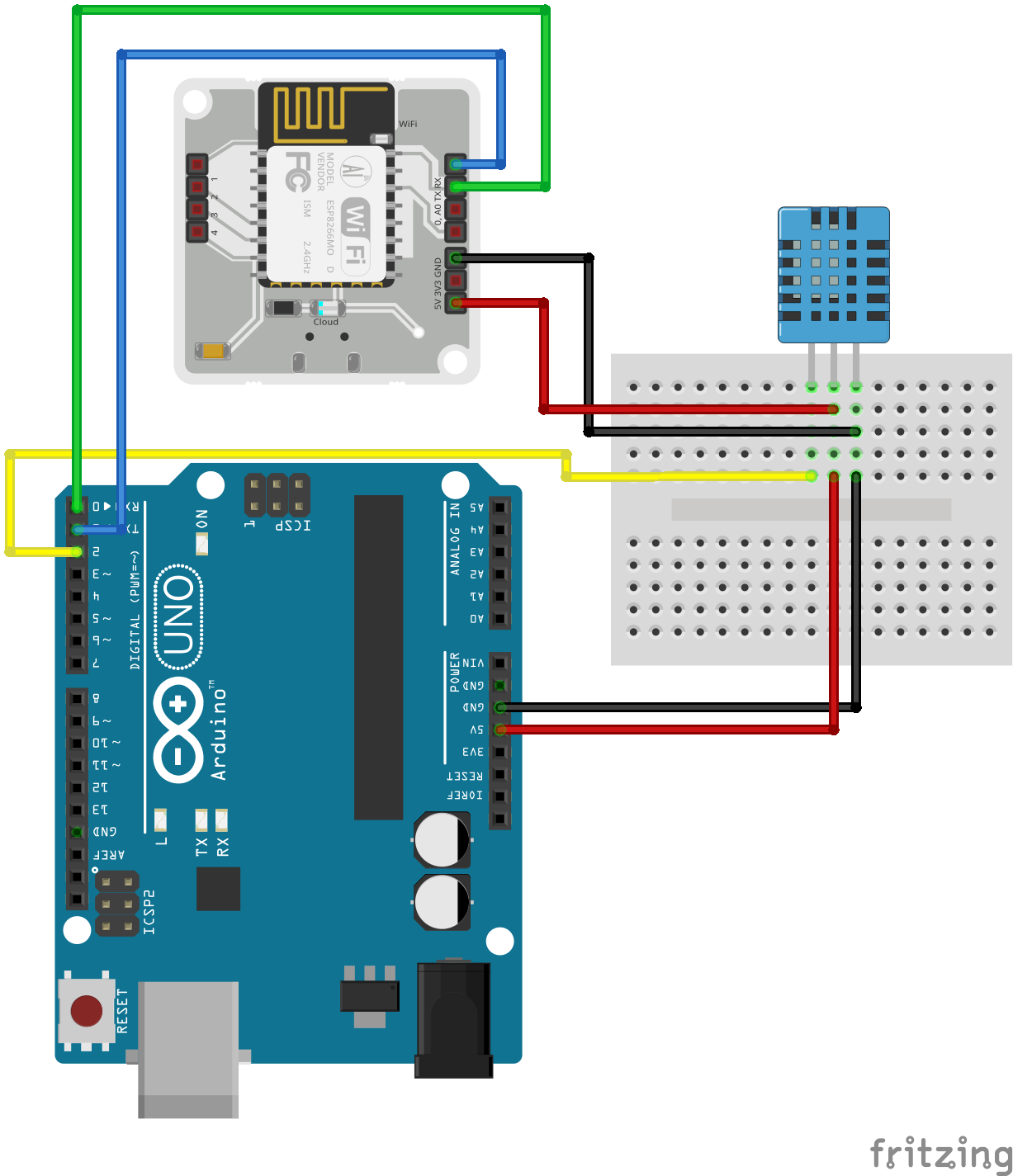