Ensure operator identity and authorization for flying a drone.

Authentication and Authorization for HoverGames drone

Authentication and Authorization for HoverGames drone

Ensure operator identity and authorization for flying a drone. 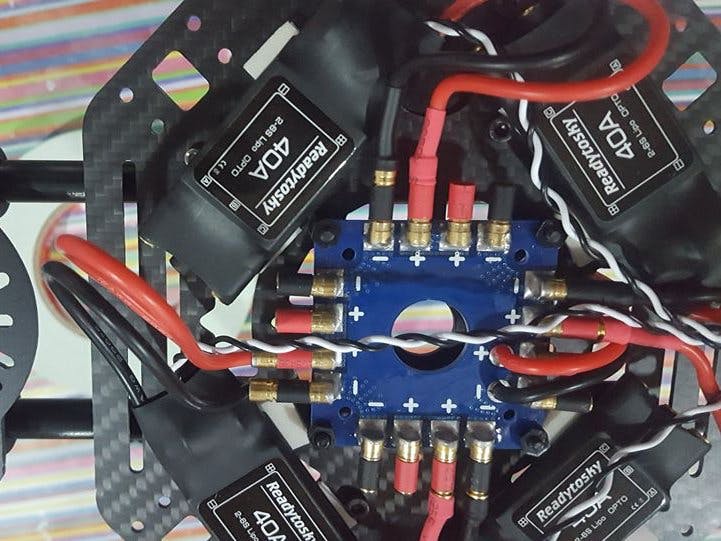 This is an authentication and authorization module which requires operator to identify oneself. With identity, an operator is mapped to a role which will unlock the right to access certain command and controls to the drone.

Because of the importation regulation of Malaysia, I need to apply for a permit in order to clear the drone kit from the customs department. It took me more than one month to get the drone kit delivered to me.

Assembly of the Drone

Mainly, I follow this assembly guide to assemble the drone. I am not going to repeat those details here. There are videos and illustrated instructions to follow. You may need to navigate to other resources to get further details.

Here are some of the images captured during the assembly.

Follow the instructions here to get the radio controller setup.

Follow this guide to program your FMUK66 for first use.

Programming FMUK66 for first use

Due to short of time, I follow the path of using preconfigured VM with PX4 toolchain installed and configured. And the VM is running quite slow on my notebook.

Preconfigured VM with terminal, VS Code and MCUXpesso

After resolving some setup and configuration issus, I managed to complete only the first PX4 tutorial following this guide.

This project still has a long way to go. I will adopt the extending PX4 module approach to build this authentication and authorization funcions. There will be PX4 module which will determine the identity and role of an user. The PX4 module will be either a text or db based user manager module written in C. SQLite database engine will be a good option.

Note: I have forked both the HoverGames and PX4 repositories. But I did not pull any request as there is no code contribution as of this moment.