A project that allows you to check on the status of an aging friend or family member which respects their privacy.

A project that allows you to check on the status of an aging friend or family member which respects their privacy. 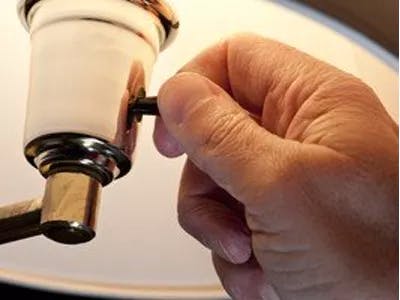 People all over the world have relatives or close friends who are aging-in-place (AIP), often living alone. Everyone would love to have a method of gently checking on their relatives every day which respects that person’s privacy and honors their autonomy.

The device at the heart of this project is a passive, cellular extension cord which is plugged in between the wall and an electrical appliance which notices and publishes changes in current flow to a service (in this case IFTTT).

When the key device is turned on, a message is passed through the cloud to any listening device

The appliance would be something that the elderly person engages with every day a part of their routine. It might be a reading light, a television, radio, computer, coffee maker or toaster. When this device is switched on, the device publishes that event. The concerned relative can subscribe to that event and receive a text or have a companion device which turns on. Such a companion device could also use Pi/Hologram device or could use WiFi since it might be in the concerned relative's home. If the device is turned on (or off), the elderly person is going about their normal daily routine and everything is fine. If it hasn't changed state, it might be time to check in with the person.

Using a non-invasive current sensor, a cellular, passive smart plug could be using in situations where the the person aging in place does not have access to wifi, where the wifi must be accessed through a captive portal or where the password for the wifi changes on a regular basis. All of these situations might be beyond the capability of the elderly person to remedy.

While there are many smart plugs on the market, most (all?) of them are connected via WiFi which is not always the best solution as discussed above. Also, most (all?) of these plugs are designed to remotely control the power flowing through the smart plug. This introduces unnecessary risk of malignant remote control and can cause confusion in elderly users (“Why won’t it turn on?!”). Such a passive device would never be controllable by hacker.

Such a device could be purchased and configured by the concerned relative and then simply installed in 30 seconds just by plugging it in - no onsite configuration required (because it is cellular not WiFi). Once configured by the relative, it could be shipped to the elderly friend or relatives and simply plugged in.

The first step is to place the non-invasive current sensor on an extension cord. The sensor will not work if snapped around both wires in the cord so you have to separate the two lines. Since ultimately 120V will be flowing through this cord, BE VERY CAREFUL. Using a sharp hobby knife, separate the two lines of the extension cord by carefully cutting between the two power lines without exposing any of the underlying copper wire. Once the two lines are separated, snap the current sensor around one of the lines:

Be careful when separating the two lines!

The heart of the project is the publishing component which is made up of a raspberry pi zero w, a Hologram Nova cellular modem and components to support the current sensor:

The AIP Publishing Device in its container

The hardware circuitry for using the current sensor was copied (with much appreciation) from Shawn Hymel's work Hack Your Home Part 3: Power Monitor.

The construction is made slightly more complex because the Raspberry Pi does not have any analog GPIO pins so the project requires a analog to digital converter like the adafruit ADS1115 16-Bit ADC. The code for using the ADS1115 came from adafruit.

There are an unlimited number of variations for receiving circuits. In this case, I had extra Particle Photons lying around so I build a couple of receivers. The first receiver drives an Internet Relay. The 3.3v power from the Photon pin was not quite enough to drive the relay reliably so I added a transistor to drive the relay with the 5V from the USB connector.

The first receiver drives an Internet Relay so it can turn on any 120 volt device with a wall plug.

The second receiving device was also quite simple. It just lights an RGB LED:

I used a tri-color LED because I hope to add a message indicating that the publishing device has lost wall power. Since the device is cellular, simple adding a battery will allow all the receivers to learn that the person they care about has lost power - which could life threatening.

While not required for this project, I found it very helpful to have a way to test the receivers by sending a message from a smartphone while I was still debugging the publisher unit. I used App Inventor from MIT to build a really simple app to send test messages:

But for the now the project is a prototype to test whether the concept works and to see if really provides useful information to the remote care giver without compromising the privacy of the elderly person. Time to do some field testing... 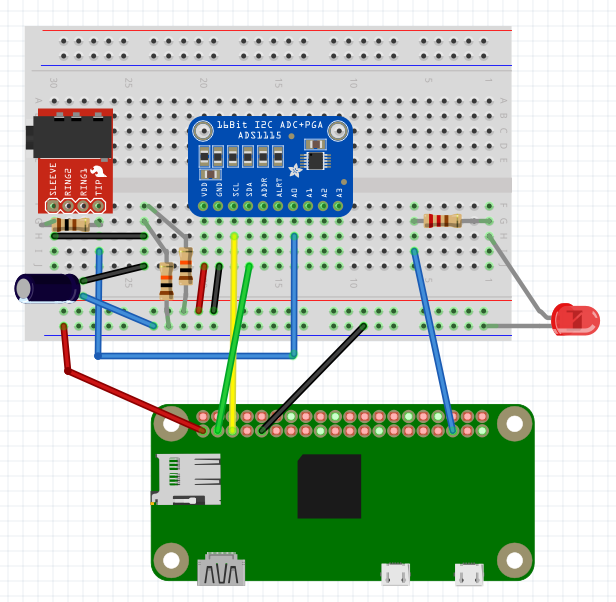 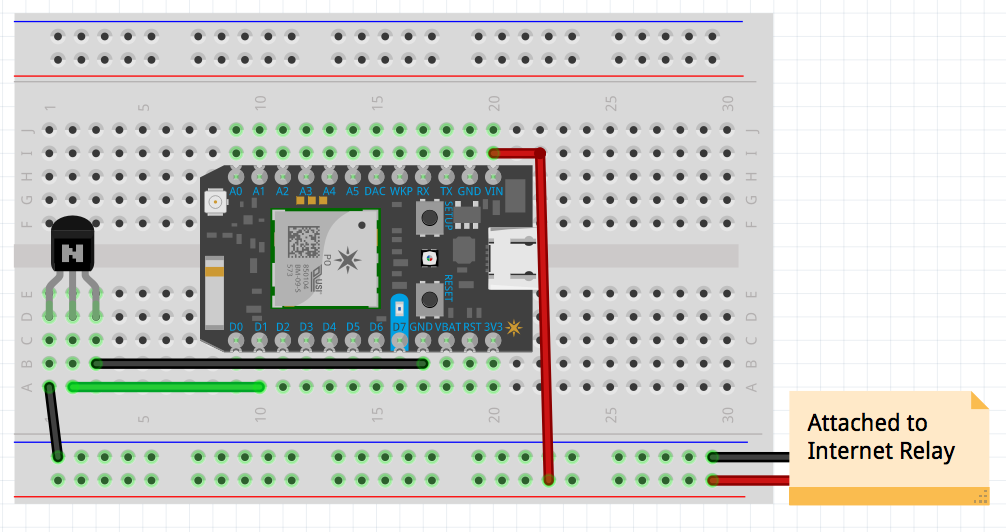 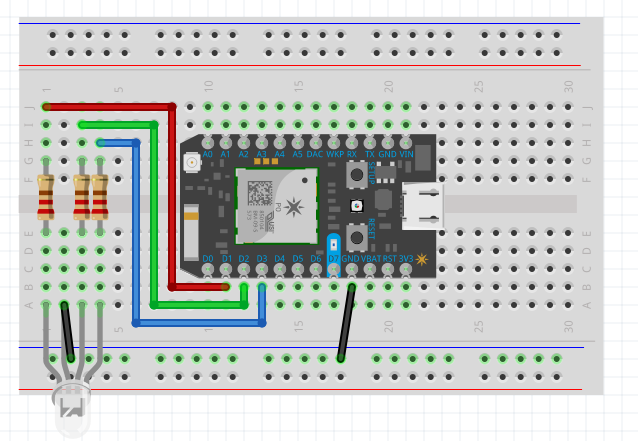 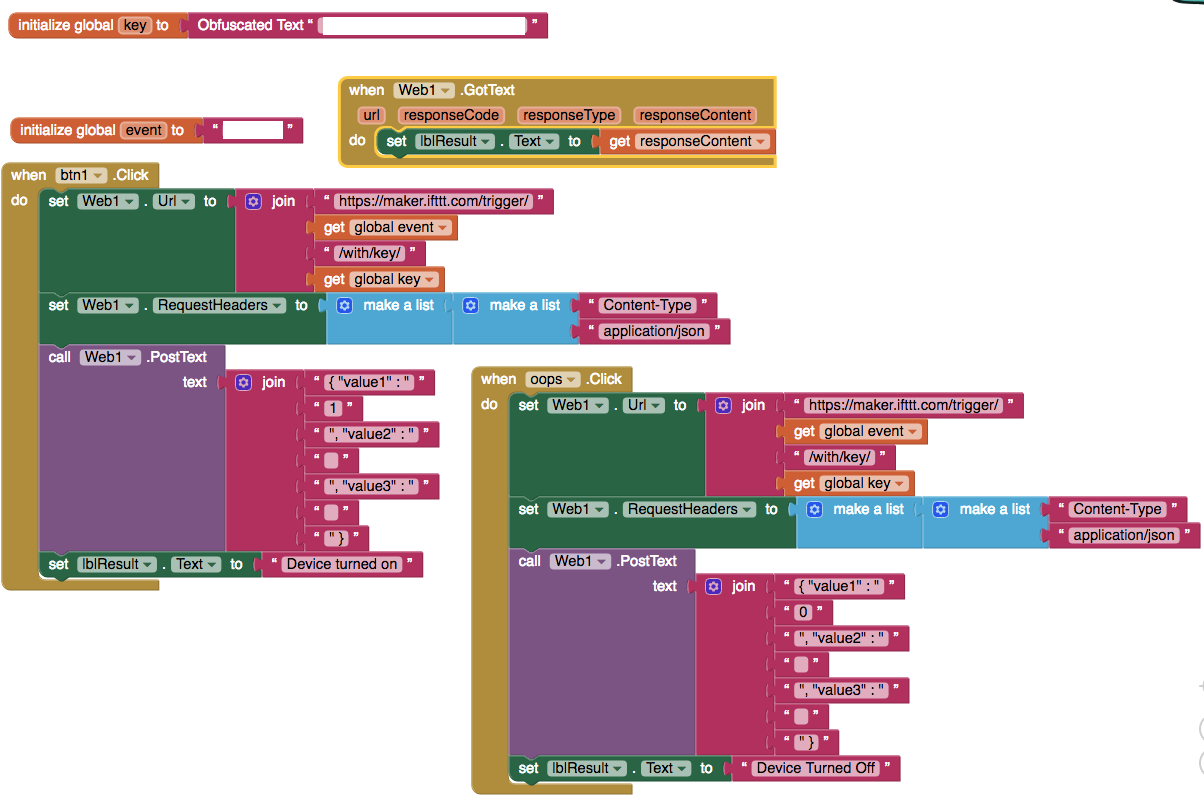