Dive into the world of Wonderland, as you collect the evil Red Queen's magical gems and use their powers to save the White Rabbit.

Dive into the world of Wonderland, as you collect the evil Red Queen's magical gems and use their powers to save the White Rabbit. 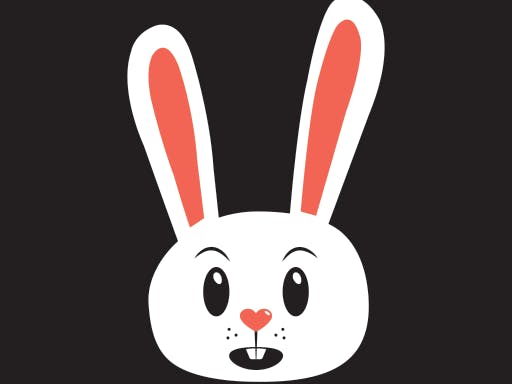 We wanted to create a game that would be unique to a voice platform but also show off the capabilities of the Echo Buttons. For inspiration we looked back at the history of computer gaming and focused on classic text based adventure games. We knew we had to be more innovative than a text based game, as those already exist without voice, so we thought of various ways voice and buttons could be incorporated into puzzles and narrative. As a result, we came up with the idea of creating a narrative driven adventure game that could use the buttons for both game mechanics and narrative cues.

Since we wanted the game to be story driven, we needed to pick a setting that was iconic and recognizable, so the story would really come alive for the users without needing long drawn out voice descriptions. Lewis Carroll’s novel “Alice’s Adventures in Wonderland” was the perfect fit as it allowed us to build upon a well established world so we would have more time focusing on the user’s interactions with our game.

To start, we focused on pure button mechanics. We sat down and generated a ton of ideas independently, then came together to group them by similarity, leveraging divergent and convergent thinking in an ideation session.

What we really learned was that the buttons shouldn’t be just a source of inputs, but also a storytelling device to really help immerse users into this narrative-driven game. We thought deeply about our game and set rules on how the different characters would behave and how magic actually functioned in our world. While these details are not explicitly visible in the skill, they trickled down into the game mechanics themselves, informing decisions such as what the buttons actually represented and how they worked.

We also wanted to adopt an episodic format for the game, and this was taken into consideration at all levels of our design, including the decision that all 4 Echo Buttons would represent one versatile in-game item, the Gems, that could plug into other in-game items and perform different functions. Moving forward, this gave us the flexibility to innovate new puzzles later in the game that we didn't think of now, as our primary input item was created to be versatile & extensible by design.

We also faced a couple unique challenges when creating Voice User Interfaces (VUIs) for our skill. As a more emerging piece of technology voice has less widely accepted guidelines on design, so we had to work together to create a VUI structure that made sense for PM, Design, Engineering, and QA.

An initial review of the actual architecture of the skill led us to build a VUI that represented states as different scenes, outlined the logic checks for in-code variables, included copy and SSML, and ensured that the representations of speech, sounds effects, and button lights mirrored that of the code itself. The ultimate goal was to offload as much as possible from the developer and let them focus purely on the code.

As seen, our final VUI conventions strived to make everything clear and easy to follow. Linked below is the complete set of VUIs, along with a legend for reference.

We did a lot of testing to uncover technical issues and solve them. Here’s a pic of us going through our flow with our feature & bug ticket backlogs.

Some key insights were learning that speech and sound effects could not overlap, while button lights actually could. Other limitations to work around were the need to manually time some button light effects to occur at the intended moment before or after speech and sound effects. The influx of these learnings kept us on our toes and required an agile approach to development, so that we could adapt to new constraints and alter the skill accordingly.

One great new technology we were able to implement was Amazon Polly, a new voice engine for Alexa. Choosing from a variety of natural voices and being able to easily affect speech characteristics using prosody tags made adding real personality to our characters dead simple.

We want to thank Hackster for the opportunity to participate in this contest. We learned a lot and had a ton of fun along the way. We hope you enjoy our submission and we’ll see you next in the world of Wonderland, just follow the white rabbit to find us there!