An Amazon Alexa skill that allows you to analyze a potential post and notifies the tone being conveyed.

An Amazon Alexa skill that allows you to analyze a potential post and notifies the tone being conveyed. 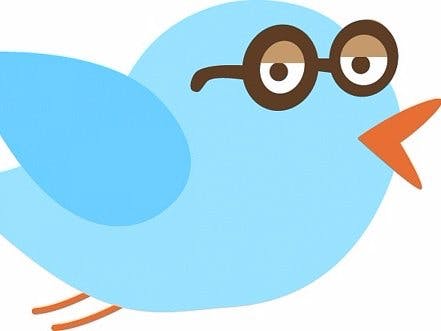 Social media was created as a way to interact with users from all over the world, where there were seemingly no boundaries to whom we could talk, and where in the world we could talk. Now these days, there seems to be so much widespread negativity and cyber-bullying incidents that even a single phrase could unleash havoc. Oftentimes, these incidents can be prevented if we just think twice before posting something on the internet that could be potentially harmful to either one person, or an entire race of people. That's where I got the idea of Social Adviser. This app asks the user to say the possible post that he/she might upload, analyze its intended tone, and notify the user of the top two tones expressed in the said post.

Interacting with the skill

If you want to test the skill, simply grab your Echo device, plug it in, and say the following: "Alexa, tell social adviser..." followed by the actual post you want to upload. After a moment later, Alexa will tell you first, the most likely emotion you are intending to share as well as how intense that emotion is, and then will do the same for the second most likely intended emotion.

Challenges and Side Note

One of the challenges was part of my original idea, which was to have the app not only analyze the tone, but allow the user to post it if he/she wanted to. The reason I coudn't do it at this time was that most social media APIs use some kind of OAuth to handle permissions. Now this wouldn't have been a problem if I was using a pure GUI-based app, but unfortunately, my idea didn't mention about even using a GUI, so I had to drop that part of the idea. However, I will say that I have learned more about the security involved with social media APIs.

Trying out the Source Code

Before you get started, make sure you have the following:

Make an empty directory, run the command npm init , follow the instructions given, and then type the following:

This will install the needed dependencies to run the app. Now make a JavaScript file to contain your server code, and a Procfile (no extension), for allowing Heroku to run your code on the web.

Make a new repository WITHOUT THE README.md! Then push your current code to the repository. If you do want a README.md, make sure to pull from the repository so that your local copy of the code is consistent with the remote copy.

Let's make our first Alexa skill. Go here, create a new skill, and fill out the needed information and follow the website's instructions. For the intent schema, which defines the functions and their parameters, you can use the following:

You won't need to create a custom slot type, so you can ignore that. However, you will need to specify an utterance, which is like a formula for how the Echo should interpret your input. Here's what mine looks like:

Create an app for it, and save the username and password of the service credentials, NOT your account credentials, since, you'll need it for using the Bluemix API as follows:

where <JS_file_name> refers to the name of the JavaScript file which has the server code. More info on deploying your node.js apps on Heroku can be found here.