Both guardians and their children can get distracted when out exploring. As a result, the child gets lost! How to solve this?

Both guardians and their children can get distracted when out exploring. As a result, the child gets lost! How to solve this? 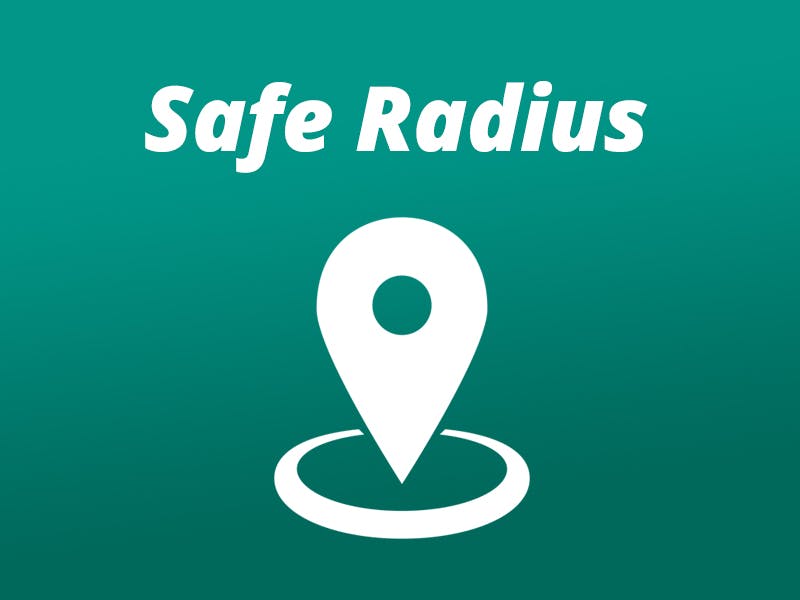 Harry He: Wrote most of the code. Hackster submission.

Both guardians and their children can get distracted when out exploring and not realize where the other is going. As a result, the child gets lost. Usually guardian hold hands with child to prevent this, but first, it is inconvenient or impossible for the guardian to do it. Second, it is not good for the child’s independence. However, not doing that increases the possibility that child will get lost. Moreover, it is hard for both the guardian and child to contact each other when the child is lost. This app solves this problem by connecting the child and guardian with the phone on guardian and the watch on child. This app can limit the child in a safe radius determined by the guardian to give the child both safety and freedom.

Easy: A guardian wants to get noticed when their child is too far away from them.

Medium: A guardian wants to communicate with their child when they aren’t near them without going to or finding the child.

Hard: A guardian wants to find their children after they get lost.

Change all notification buttons to have a DISMISS and GO TO APP choice. Our rationale behind this was that users may want to send a message, another message or use the map after receiving a notification about the child. This functionality will reduce the number of user operation if they want to go back to the app. This also clarifies the options that the user has. Our previous button labels were CANCEL and OK, which made it unclear to the user what happens after they press each button.

Change the radar to a map and have the current location point to the phone’s facing direction. Our rationale behind this was that the radar was not very clear and intuitive about what it wanted the user to do (follow the direction it pointed) and the exact position of the child. A map can show physical barriers between the guardian and the child that the radar can’t show.

Add units in feet to the distance radius. Our rationale behind this is that the guardian will want to actually know the distance and be able to visualize how far their children can get from them. Also, we are using feet for now because the app is for US users and they primarily refer to distance in feet.

Create a new settings tab. The settings tab will include turning the app on and off, adding a picture of the guardian or parents, and changing the radius. We created this new tab to remove clutter from the send (home) page. Users will not turn the app on and off frequently, and they also won’t change the radius very often. After this change, the send tab has a main focus on sending a message to the watch and child and the settings tab groups all the adjustable functions together.

Overview of the UI:

Users connect their phone and watch through Bluetooth before they use the app. If the watch isn’t connected a message telling them to connect will show up and the app will close.

Opening up the app, they will see one of the three main pages, the send page. On this page, users can send a message to their child. There are few default texts for the users to choose from, and they can also edit their own text. Sending a message is one of the main functions of this app, so this page includes only this function to focus attention on it rather than have many other functions clutter the page.

After sending a message to the child, the child will see a notification on the watch showing their guardian’s face as the background and the message they sent. If they swipe left, they can press a checkmark to go back to their main page, the envelope. From this page, the only thing the child can do is send a message to their mom. The entire watch screen is clickable, making it easy for the child.

The mobile users can switch between the pages by using the tabs at the bottom. The three tabs are always there for the convenience of switching between functions.

In the map tab, users will see an interface similar to that of Google Maps. The difference is that there is a black circle around the blue point which stand for the current location of the user. The black circle represents the radius, and their size will change corresponding to the changes in settings. Also, there is a red point on the map if the child is still in the connection, and once the red point (child) goes out of the black circle, the parents will get a notification on their phone that their child is going out of the range.

In the settings tab, the user can turn the app on and off under the “enabled” setting, add their own picture that their child will see, and set the radius or distance that their child can go away from them before being notified.

What we left out: