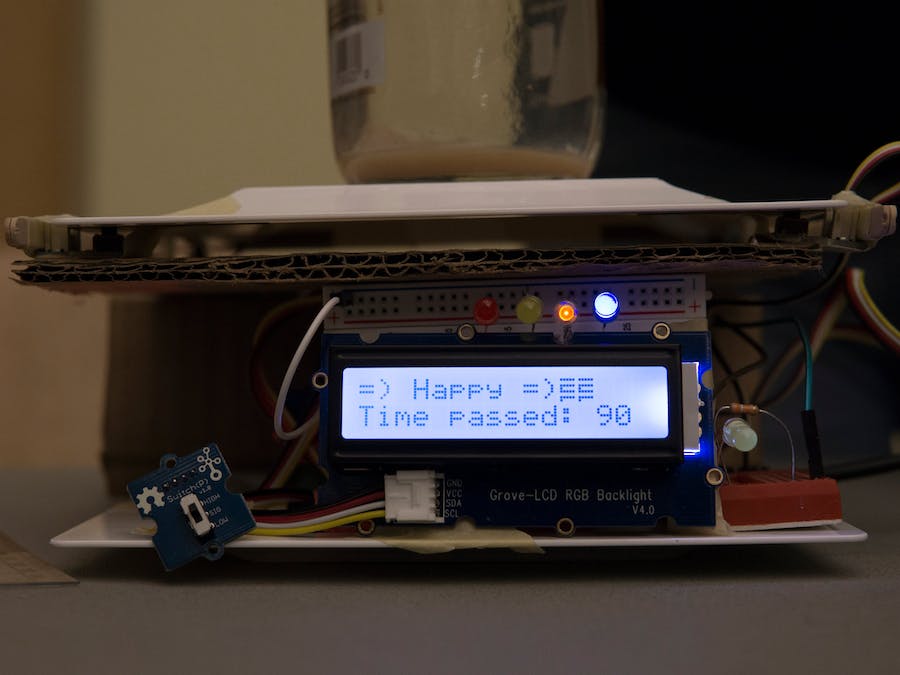 Checkout our user video at:

Idea: Sometimes people put the coffee on a table to cool down, but forget to drink it afterwards. If the temperature of the coffee reaches a certain threshold temperature, the device will remind the person to start drinking.

The temperature sensor should not enter the liquid directly, instead, there should be a plastic bag/ case outside to avoid the direct connection between it and the liquid.

Put the bottle on a sensor with a button. When the bottle is lifted, the sensor gets the message that the person drinks the water. It will then remind the person to drink on a certain time interval, which the user can modify through a slide. De

If the button is pressed more than “TIME INTERVAL” minutes(20 minutes is the default value, user can set the time interval with the slider), the buzzer will ring and the red LED will sparking to remind the user to drink water. Meanwhile, the LCD-RGB Backlight screen will show words like “Healthy lifestyle, drink more water!” “Today, you have had drink X times of water.” which can encouraging the user to drink more water. Once the button is released (because the mug/cup is raised by user) the “time accumulated” will be become zero again. Once the button is pressed again(the user put the mug down), the “Time accumulated” will start increasing again. On the LCD-RGB Backlight screen, it will show the time like “10 minutes since last drinking”.

Part 3 How long to drink again?