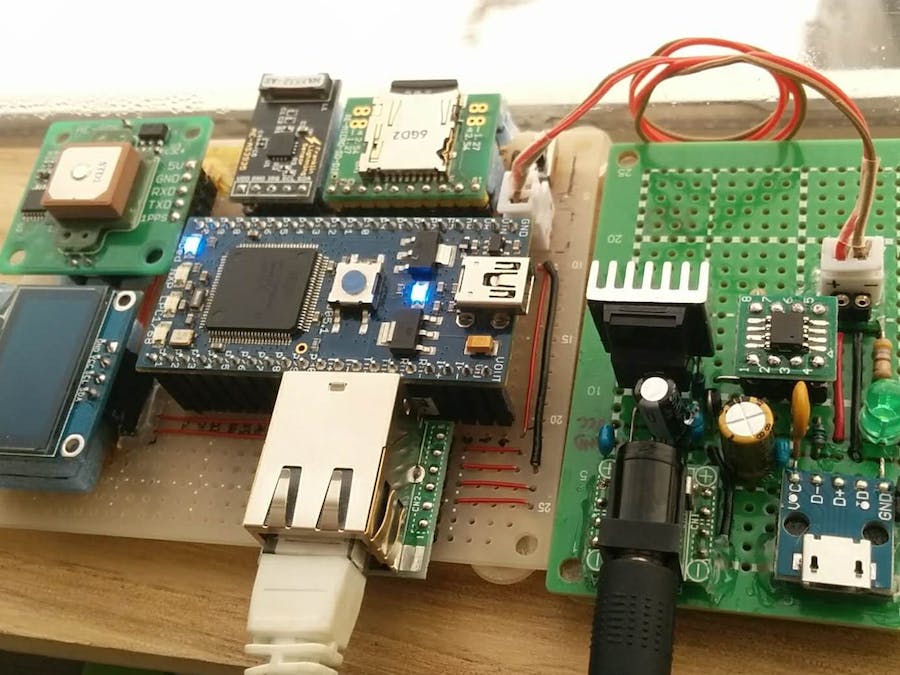 Lightning is one of the two natural causes of fires. However it requires a lot of effort to monitor such potential fire risks by humans because lightning happens anywhere and anytime: it could cause a fire in the middle of field where no roads constructed in the middle of the night.

This “wildfire scouting system” is mainly focusing on watching lightning and gathering data for finding wildfire caused by lighting. It will help us not only simply finding a fire but also provide us valuable data & knowledge how we can find wild fire caused by natural disaster.

Here is to-do list of things I need to accomplish my goal:

1. Watch Lightning: We need someone who watches the sky for 24/7 to find a lighting. Find a dedicated specialist? No way. These tasks must be fully systemized with minimum human work.

3. Gather Data: As I noted before, lighting might causes a fire in a middle no man’s land. We need a system which control a drone to fly an area where lightning happened and collect information quickly and safely.

4. Find a Sign (of wildfire): Once we receive a plenty of data from scouting, we need to analyze them. If we find any indication of wildfire, we need to investigate further, or escalate to someone/department who can handle it.

I built a lightning detection system with AS3935 module, which can measure the distance of lightning up to 40km away with an accuracy of 1km, and the scale of lighting as well.

Once the system detects lighting, it will send information of lighting (what time, how far, how strong) and location of device to repository server via Internet.

The system also has microSD card slot, so that it can record the data onto flash memory in case of there is no Internet available for the system.

Program is running on mbed LPC1768 Development Board. The source code is published in my GitHub repository.

You can find schematic diagram of the device here (Sorry for not drawing by Fritzing, it was too hard for me for now...)

Theoretically, if a lightning recorded at the exact same time but at different location of two (or more, ) we can be evaluated that the lightning is occurred between these locations.

I have developed a mapping system which can display when a lightning detected, and show how far from the location by its circle. Currently it draw a circle with same color, but in future it will draw in different colors depends on the strength of lightnings.

You can see actual map on demo site deployed on Heroku.

Source code is also available under my GitHub repository:

Drone on snow ground (not recommended)

NXP HoverGames Drone Kit is a great drone DIY kit. Not only because of the hardware itself but also detailed documentation is available. It was very first time for me to built a drone, but I never got lost by simply following instruction on the document. They also provide good video tutorials specially for building hardware.

Soon after I start calibration with QGroundControl, however, it starts displaying “Dangerously low battery” warning message although I purchased a brand new battery from Readytosky. After re-checking battery configuration on QGroundControl and cycling charging/discharging battery, I found one of three cells in battery shows extremely low voltage while other two cells shows over 8V. I don’t know whether it was early failure or my incorrect operation damaged the cell, but only I could do was ordering new battery.

I must apologize that I had placed inappropriate picture above regarding battery malfunction and may someone made confuse (I realized right after project submission is completed.) Rather than deleting original picture and explanation, I would like to add more words below.

In my case, one of cell (cell #1 in above diagram) is completely dead thus shows zero voltage in tester. Since other cells (cell #3 and #2) are fine, the total voltage of entire battery shows around 8.0v.

Since damaged Li-Po battery could easily cause a fire, I will not fight with the malfunction battery with dead cell but simply bought a new battery.

It’s winter season in Sapporo city now, and everything covered by snow. I have drone at home finished calibration and ready to fly. When spring comes I will take my drone to seaside or wild land nearby, do manual flight test first, and complete auto-flight test with devices described below.

Firstly I developed a simple fire detector using Pixy2, which is capable of detecting object at 60fps. You can let the camera to learn which object should be detected, based on either its shape or color. I wrote a simple program which flashes LED when Pixy2 detects object.

You can find schematic diagram of the device here.

Initial test has been done by showing several images of fire, which Pixy2 could detect fire correctly based on the color of fire (see below.)

At outdoor with real fire, however, the result was not really good as I expected. Pixy2 sometimes detects fire, but also detects other bright part, or entire scene as target object. I realized it is because Pixy2 uses a hue-based color filtering algorithm to detect objects so that actual fire contains strong brightness, but weak hue (compare to its brightness) which makes Pixy2 hard to detect.

You can see test result at outdoor in short movie (23s) here.

Secondly I have developed a simple device displays temperature value read from MLX90614, an IR Thermometer module communicates in I2C protocol. LED also flashes if the reading value is over 50 degree in Celsius. Initial test was done by pointing MLX90614 sensor against charcoal from 60cm (approx. 2ft) distance away, and the result shows clear-cut of indication of the heat (see below.)

The result seems fine, but I have to be careful because if I remove the sensor away from charcoal, the value quickly drops. In terms of better reading value, a drone should fly close to ground. In a real situation, however, passing directory above large fire means damaging system or losing whole drone. I need further study to be sure what height should my drone keep flying from the ground if heat sensor indicates the suspicion of fire on the ground.

Short movie (19s) of the test is available here:

You can find schematic diagram of this device here.

And source code of the device is here:

I have developed complete set of lightning detecting system which every device watches lightnings 24/7 and send data to repository server automatically. You can verify lightning results mapped on Google Maps, and I can make a decision whether you need further detailed investigation using drone.

I also developed two different fire detection devices: with Pixy2 image detection camera and with MLX90614 heat sensor. At this point Pixy2 is not suitable for fire detection because it detects object based on target hue, but real fire has strong brightness but less hue. MLX90614 can detect fire based on its temperature, but I must be careful not to let my drone fly above the fire to closely.

I had a battery trouble during drone configuration but already figure out the cause of the issue, and now waiting for snow melting and ready to fly drone!

I really thanks to everyone who involved this project, specially people in hackster.io team for kind support, and NXP team handling hardware shipment. I imagine it was a heavy load for managing & controlling such big project, including hardware delivery for hundreds of participants.

I also thank you for interesting my project and reading all my story. I hope my project provides some tips for someone who get interesting of making hardware. :)