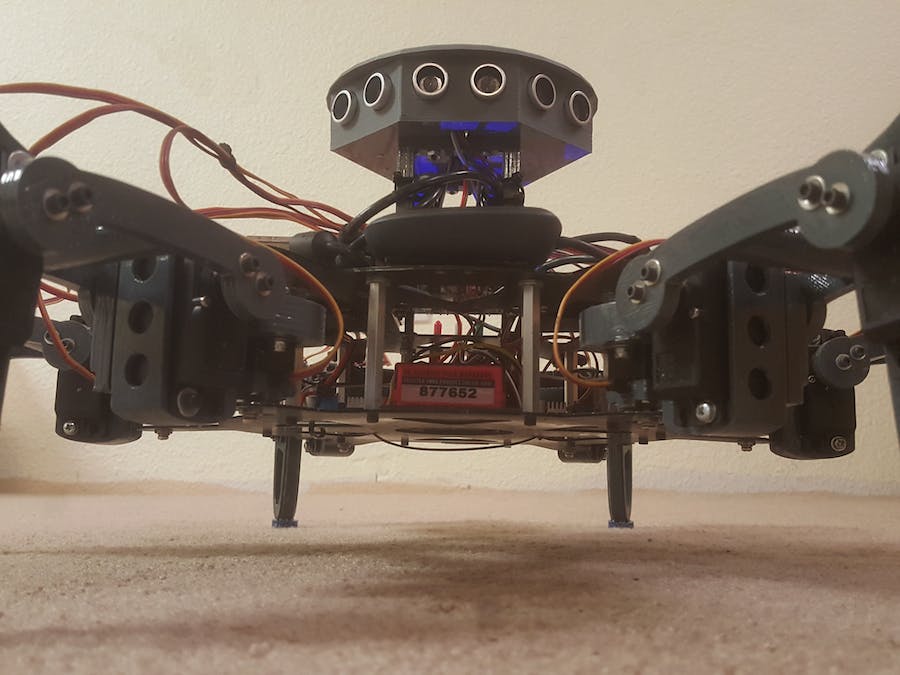 The Hexapod in action!

All the parts for the legs and servo modifications can be 3d printed with any decent 3d printer with .2 - .3 mm resolution using ABS.

The servo used is the Solar D772, which has high reliability without the insane price. It runs about $22 or so.

Acetone was used to fuse the various parts

All the CAD models can be found here.

At this point all the models have been pretty well refined and will function as intended when printed. Coxa parts used a 20% infill, tibia 60% and the femur was 30%. I can post the tested gcode files if there is any interest.

My parts were printed at .3mm to save time as my printer is quite dated!

The C# code for this project has the following features:

The Inverse Kinematics code mostly uses standard .net math libraries. The basics for way point following and navigation is also there. Recently added some obstacle avoidance code to be used in conjunction with the way-point following or the XBox 360 remote.

Update : Everything does seem to work with the Raspberry PI 3. Too bad Windows 10 IoT does not have the on-board UART, on-board WiFI or on-board bluetooth enabled yet. It also appears to not support 64bit yet.