SuCom (Super Commando) is Intelligent Arial Commando Robot which is useful for Commando Operation, Surgical Strike and for Rescue Mission.

SuCom (Super Commando) is Intelligent Arial Commando Robot which is useful for Commando Operation, Surgical Strike and for Rescue Mission. 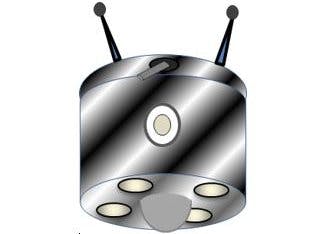 SuCom (Super Commando) is Intelligent Arial Commando Robot which is useful for Commando Operation, Surgical Strike and for some Rescue Mission. This Aerial Robot Can Fly in the air, Hide like a Cat, Flying in to the Surrounding Environment Instantly and Taking Photographs,Attack the Enemies using Sleep medicine coated Arrows and inform the Commando team using Radio waves.

It consists of basically three parts

In SuCom, AI based algorithm is made in such a faison that, it normally take inputs from camera based sensory system and take decision to Move forward, hide to the safe location and took the surrounding videos and send to the commando team, and attack the enemies using camera and laser based focusing attacking gun.

It consists of two set of Cameras

1. One front end HD camera with algorithm made for automatically focusing the objects in the terrine for its movement, according to the information getting from this camera SuCom movement is basically done. The Streaming video from this camera is taken by the AI algorithm for Enemy attacking and focus the enemy using camera and laser based attacking gun.

2. Bottom portion of SuCom Robo contains a set of 4 motors containing flying system(which helps SuCom to move frond and back, right and left, hiding), one HD Axis Camera which moves in all direction to see the surroundings(streaming video taken from this camera is processed by AI object or enemy detection algorithm and take decision,send this video to Commando team, this camera is used to verify that enemy is action less after the attack using gun, and it count the number of enemies in the area using enemy detection algorithm), one accelero gyro magneto sensor for distance and direction measurement and to adjust the stability of SuCom. Poisonous gas sensor for sensing the presence of gases in the surrounding atmosphere. 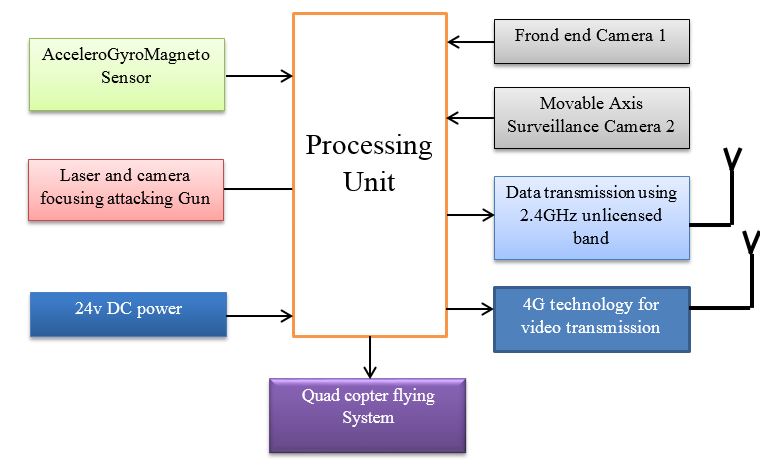 4 projects • 0 followers
i am a Project Engineer, CDAC, Thiruvananthapuram
ContactContact