This tutorial will walk you through the software development environment requirements for programming PIC-IoT WG and AVR-IoT WG.

This tutorial will walk you through the software development environment requirements for programming PIC-IoT WG and AVR-IoT WG. 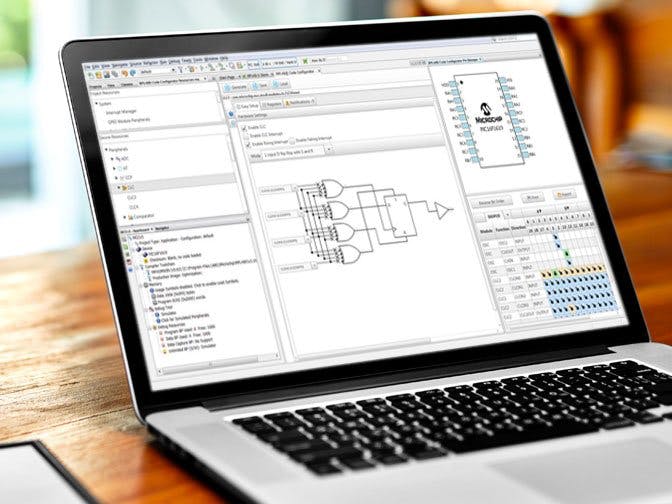 Follow along with this tutorial to set up your MPLAB software development environment for both PIC-IoT WG and AVR-IoT WG. This tutorial will step through installing the following software versions:

MPLAB X IDE v5.15 or later can be used with both PIC-IoT WG and AVR-IoT WG

2. Navigate to the 'Tools' menu in the toolbar and select 'Plugins'

1. Open MPLAB X and create an empty project only to open MCC

2. Launch MCC by clicking on the shield icon in the toolbar

3. In MCC, navigate to the Versions [MCC] menu in the bottom left

Note: should the version numbers not match the required values, navigate to the MCC page on Microchip's website and manually download MCHP-IoT WG Sensor Node. Proceed to the MPLAB settings dialog box (Tools > Options menu on Windows or MPLAB X > Preferences on Mac) and select the Plugins tab.

Then, proceed to click on the Install Library button to select and install the most recently downloaded libraries (likely placed in the Downloads folder by the browser).

Now that you have your development environment setup, it's time to dive deeper into your application. We recommend starting with the Basic Sensor Node tutorial, which will show you how to add the configuration for the Wi-Fi controller, secure element, and Google Cloud connection.

Microchip's YouTube channel is very helpful for getting to know MPLAB X. Check out Microchip Minutes to learn more about MPLAB X, and A Closer Look At for detailed walkthrough of MCC.