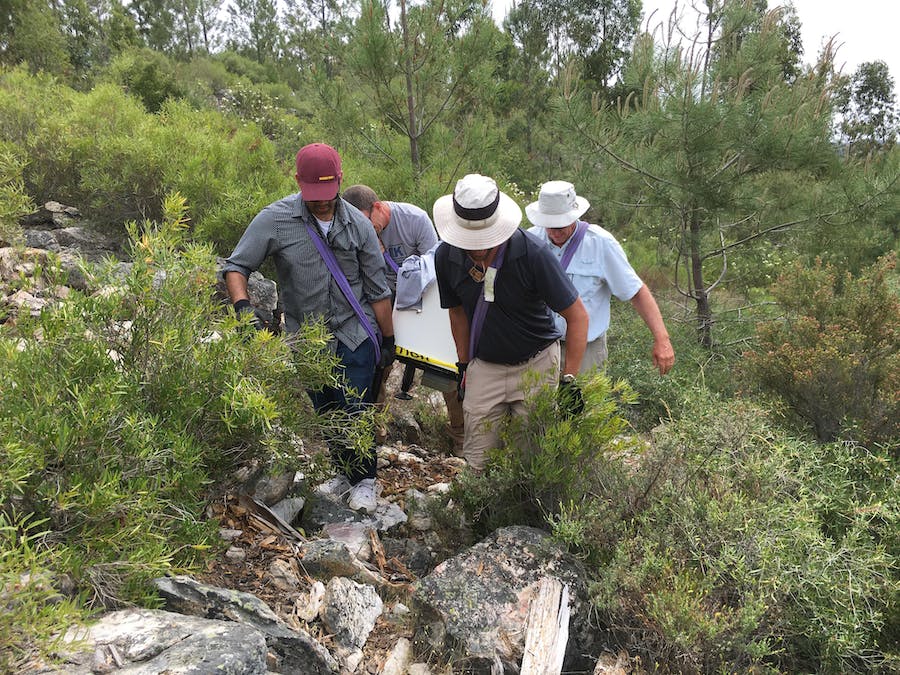 We have many field experiments where very expensive devices are deployed in remote areas around the world where large animals roam freely and local people are sometimes too curious for their own good. Sometimes the equipment is damaged, and sometimes the equipment is stolen. A cellular based monitoring system that can detect unwanted visitors and transmit back photos of the scene would be highly useful. Leaving a laptop with a web cam at the site isn't a good idea either. The components of this kit could be a good solution to our monitoring problem. Data from the device can also be downloaded or commands uploaded through the wireless interface.

To start this project after receiving the kit, I soldered some header pins to the Pi-Zero and installed the camera:

Since the system may be triggered at night, I made up a pcb with 16 IR LEDs, 8-850nm and 8-950nm. These will be turned on when the IR board detects motion using a small Seed relay board. http://wiki.seeed.cc/ I may need to replace the picamera with the NoIR version.

The motion detection board was removed from a commercial battery operated LED unit. This is the same board that I used for my Halloween-of-Things project:

I found that developing code on the Pi-Zero was taking a LONG TIME, so I switched to a Pi-3 for coding development. After the software is complete, I will switch back to the Pi-Zero.

The basic software flowchart is shown below:

The system detects motion and sends an email with attached picture to a designated account, then it sends time and GPS data to the Hologram Cloud for tracking purposes. Here's an example of the cloud messages:

The Hologram site can also forward the data to an email server:

The GPS data from the NOVA modem is actually the address of the cell tower it is connected to, which isn't very close to the actual location of the field equipment. The kit contained a U-Blox NEO-6M GPS board, however, I couldn't get a good GPS lock with that board, so I am going to use a Adafruit GPS board for location data. Here's a pic of the final configuration, I changed out the IR LEDS for a super bright white LED.

The system needs a waterproof enclosure because it will be located outside with the field equipment. A UPS may be required also depending on the deployment location. 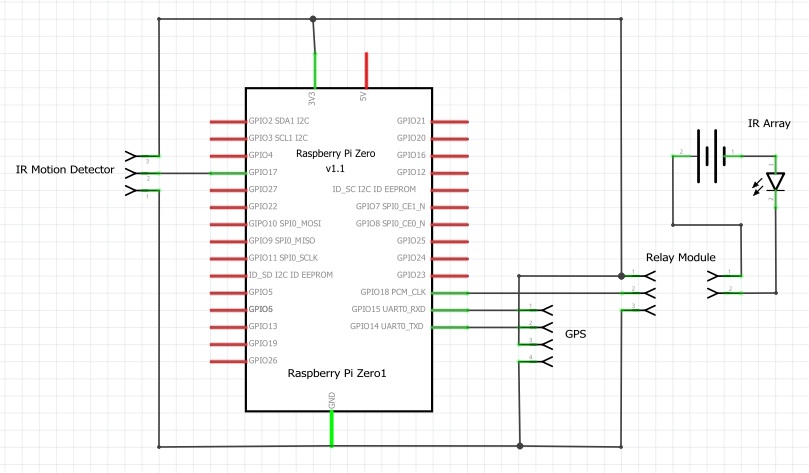