This project is a Halloween effects controller with video to capture the expressions of the trick-or-treaters and control some effects.

Halloween-of-Things (HoT) And Your Little Internet Too

Halloween-of-Things (HoT) And Your Little Internet Too

This project is a Halloween effects controller with video to capture the expressions of the trick-or-treaters and control some effects. 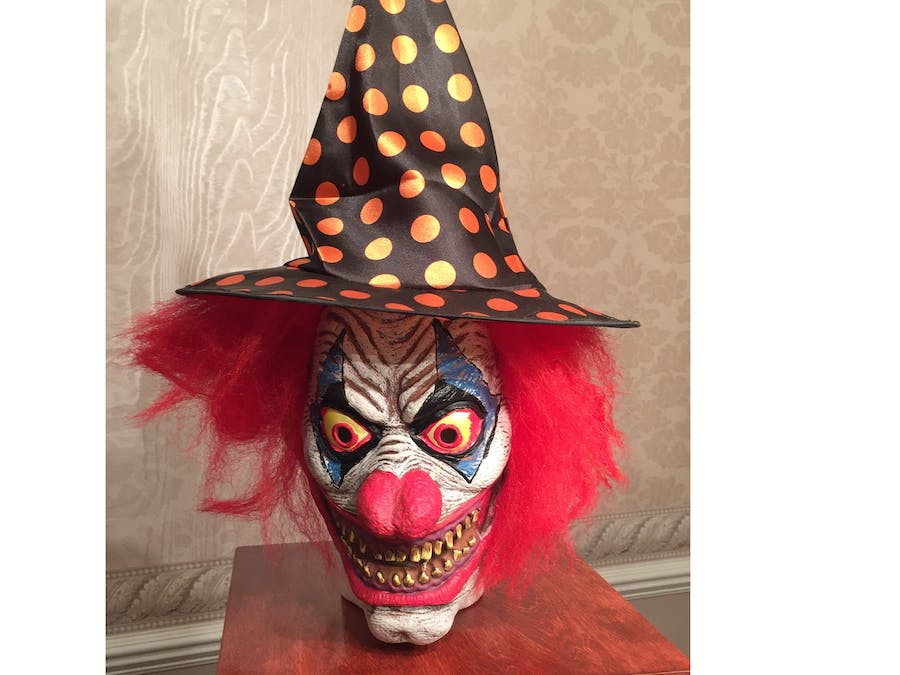 This was supposed to be a Google Android Things entry: https://www.hackster.io/contests/Google/projects

I found out, however, that I could finish the project in time for Halloween with just some Python code, so here it is. I found some inexpensive battery-operated motion sensing LED lights at the local hardware store.

I removed the circuit board from the housing, unsoldered the battery clips and replaced the LEDs with Molex headers.

I used a rather scary creepy clown mask to hide all the parts inside.

I glued two LEDs into the eye holes and ran the wires back to the motion detector.

I used a Styrofoam dummy head as a base and cut out material to fit in a webcam.

I found some scary Halloween sounds on the net to use for this project:

The motion detector is wired to a raspberry pi GPIO17 pin, and when the software detects a change, it captures a photo from the hidden webcam, then plays the maniacal witches laugh through a small amplifier. It will also send me an email with the photo attached if I choose. The software is based on one of the many raspberry pi doorbell projects found on the web. This is a good example:

All I have to do now is mount it on a chair and stuff some clothing with newspaper and wait for the Trick-or-Treaters. 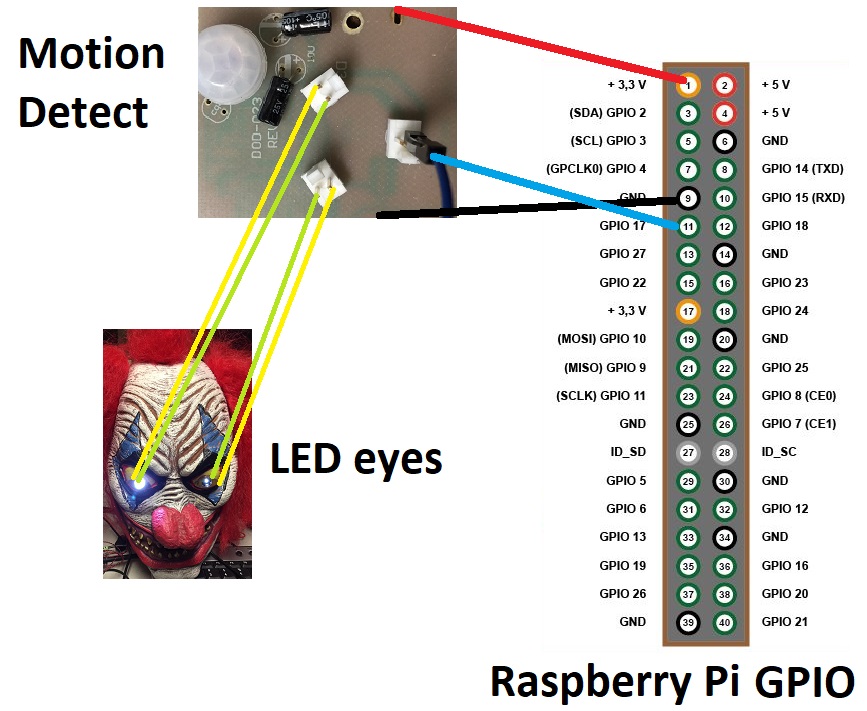