HAM is the definition of IoT. It features a network formed by nodes with sensors, actuators, video surveillance system, alarms...

HAM is the definition of IoT. It features a network formed by nodes with sensors, actuators, video surveillance system, alarms... 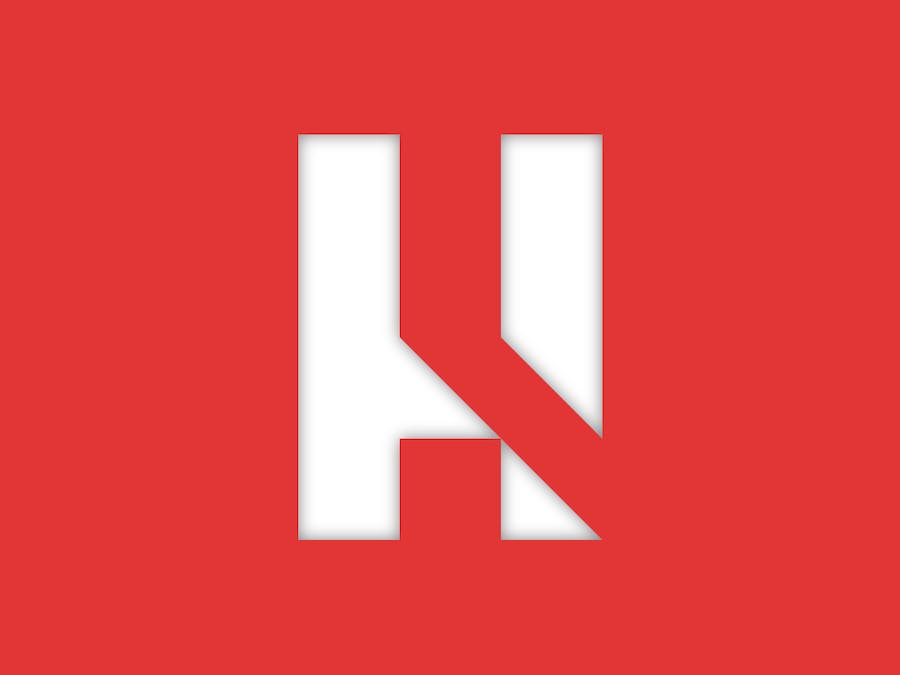 Welcome to the definition of IoT, welcome to HAM.

An star and a watch is appreciated ;)

HAM, Home Automatation and Monitoring system, is the result of the combination of 4 outstanding things: Cayenne, ESP8266, Arduino and Raspberry.

The HAM network is formed by 5 different nodes and a central hub. However, thanks to the exclusive protocol inside of all the network, the HAM-PROTOCOL, can be expanded with more and more nodes.

It also features an exclusive APP, using Cayenne API, which brings together sensors data and the video surveillance system.

There are 3 nodes, HAM-EXT (exterior), HAM-RDT (radiation) and HAM-GAS (gases), formed by all types of sensors. RDT and GAS, have gas sensors as Air Pollution, CO2, Natural Gas... which can affect heavily the duration of the battery, because of that, they are controlled by a transistor which the user can switch off/on. There is also the HAM-BLINDS node, which is the controller for the blinds. The last node is HAM-PEEPHOLE, which is a video surveillance system with vibration sensor, illuminance sensor and a loud alarm. The hub, HAM-HUB, is formed by a Sparkfun 8266 dev thing, temperature sensor, IR emitter, bluetooth, and in future updates it will feature a display in case internet access is down. The 3 node sensors have a built-in battery with charger, this allows to make them portable, and stick them in any surface. HAM-HUB is meant to be static, HAM-BLINDS is inside of a blind controller and HAM-PEEPHOLE is attached to a peephole, and it is also meant to be static because of the power consumption of the RPI 0 W.

The connectivity of the HAM network is not only WiFi, actually only HAM-HUB has it, to send data values to cayenne, and also HAM-PEEPHOLE, where a camera surveillance server is hosted. HAM-EXT, HAM-GAS and HAM-RDT are connected to the hub via bluetooth, but how? Well, there are some BT modules that features piconet, which is a multi-slave bluetooth network. However, that things are $$$$, because of that, I decided to make my own false "piconet". Summarized, the proccess is a cycle for each BT module, divided in 3 parts: Connection, Gathering the sensors value and Disconnection. This is possible by entering the AT mode in a HC-05, and controlling the AT commands. This can seem tricky, but it actually made me end up making a hole protocol for all the nodes, which was a great idea. The protocol is named HAM-PROTOCOL, and it allows transfering, integer, float or string, information by the two ways in all my nodes, and it's more, I can make more nodes whenever I want, and putting them to the network in a few minutes. The protocol is explained in the codes of the nodes. However it looks like this:

To request a value or a sensor or something:

To answer that request or send information:

Another example: Request and responses used in the cycle for the false piconet:

And the BT module in HAM-EXT will reboot, disconnecting BT Master module from him.

Finnaly, because HAM-BLINDS is inside of a little blind controller, it has to be very small, that's why I went for ATTINY85, and for the connectivity I decided IR using the HAM-PROTOCOL.

THE LIST OF SENSORS, ACTUATORS AND MORE, THAT EACH NODE HAS AND WHY

- IR Emitter: To control HAM-BLINDS (or anything with IR).

1 / 3 • Borrowed from a lego block xD
The illuminance sensor for the peephole
note that not having a 3D Box can make it seem a little crappy, don't judge for it lol

- KY-01: Vibration sensor. It detects if anyone is entering or if the lock is being forced by burglars.

- LDR: Peephole darkness sensor. It detects if someone covers the peephole and blocks the video from the camera. As RPI 0 W doesn't have any analog inputs, it has a special circuit which RPI measures the time the capacitor takes to fill.

- Alarm: Loud alarm, borrowed from a old lego block I had, which RPI activates if the camera is blocked for 5 seconds, or if the vibrations are continuos.

- Webcam: Old webcam from a dead laptop. It can be any usb camera as RPI is using Motion script.

- Transistors: An ATTINY85 controls the motherboard of the blinds controller with transistors.

- GY-91: Barometric pressure and altitude sensor, well altitude is not being measured (useless I think).

- EMF Sensor: Electromagnetic field sensor. That radiation can cause cancer. This sensor is based on an antenna with a 3.3MOhm resistor.

- SPARKFUN Electret MIC: You can already complain to your neighbor.

- MQ 5: Natural gas. At least my boiler works with it, so its good to detect any gas leak.

- MQ 6: Butane/Propane. Well I don't have a gas cooker, but my neighbors yes.

- MQ 7: CO is colorless, odorless, it doesn't taste, and last but not least it is letal.

- Thermistor: Temperature sensor. For Kitchen temperature (I run out of digital tmp sensors).

It's in beta phase, so there is a bug with ham-gas displaying a "-", and the camera viewer works when it wants, but if I view it with chrome it works, I don't know why...

The nodes doesn't have an enclosure, which would be great, sadly I don't have a 3DPrinter, and I cannot use another material like wood, because of its weight. However, I have already experimented with 3D Modeling and I have made a sketch of how enclosures could be. 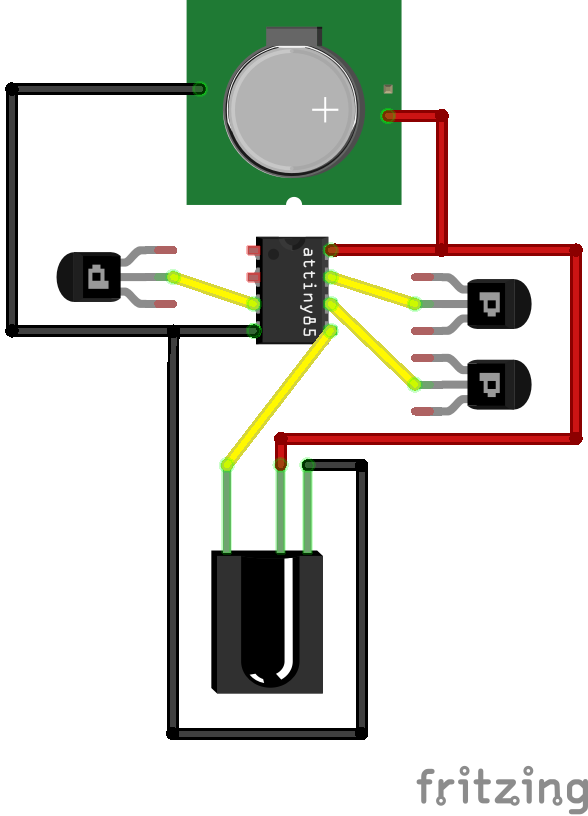 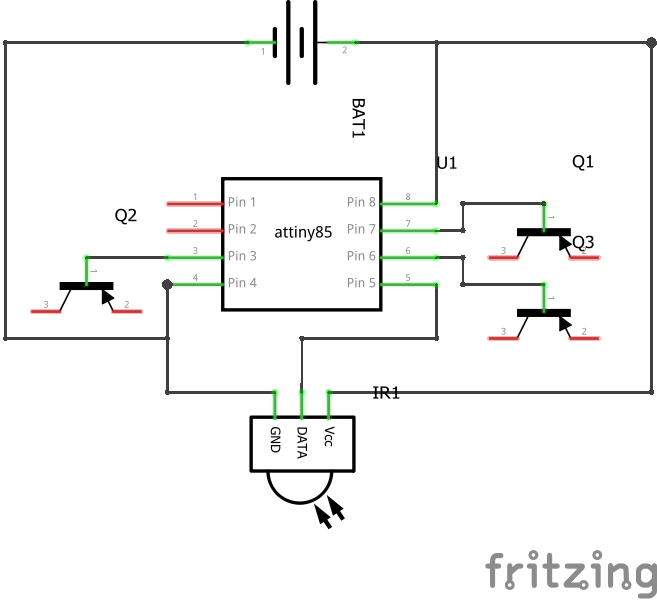 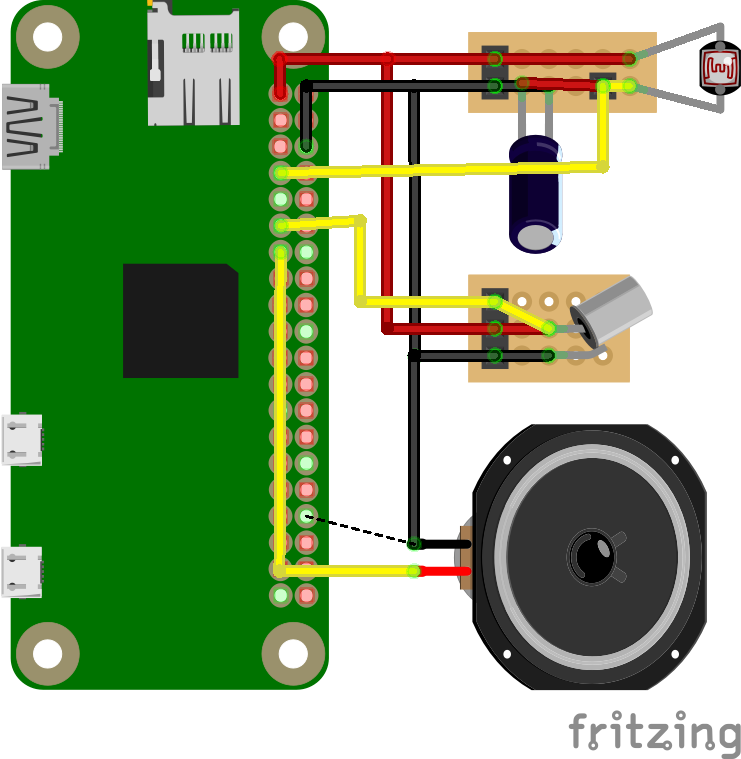 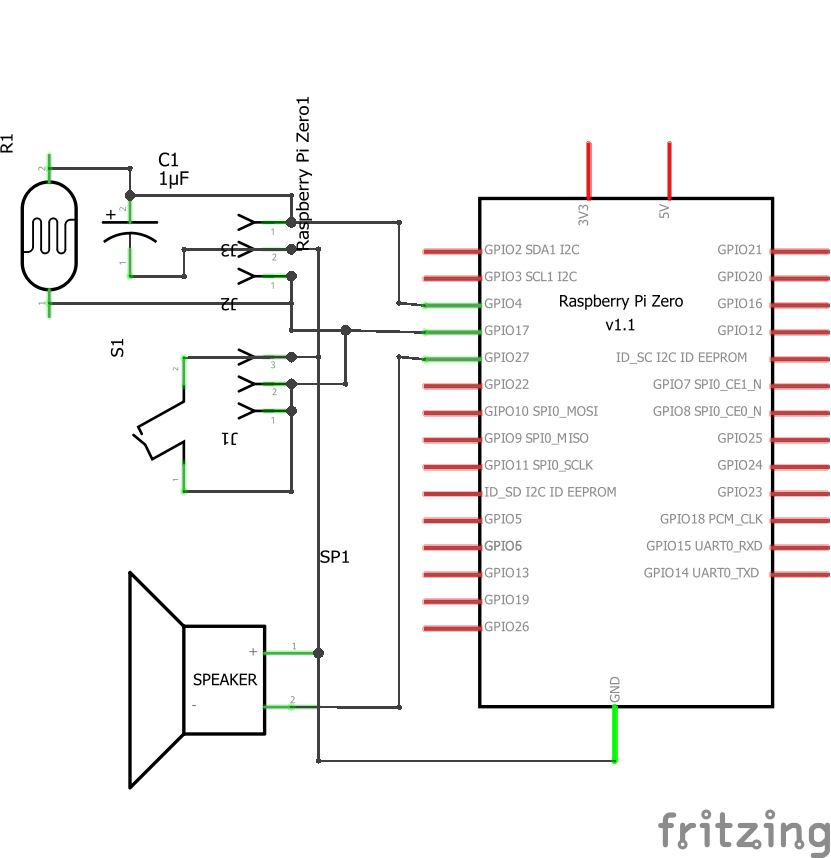 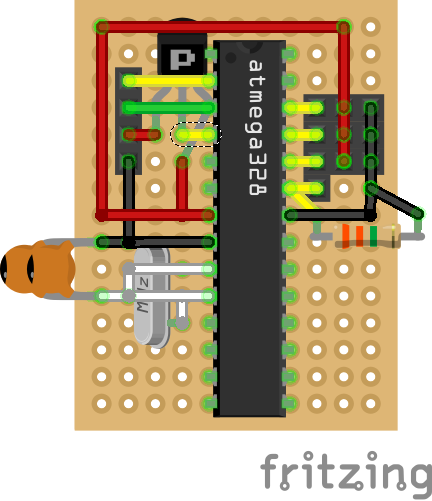 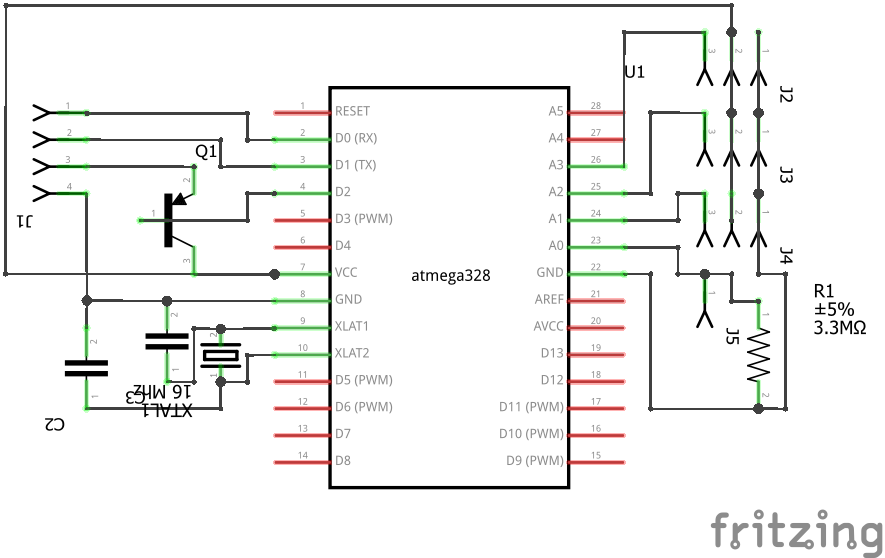 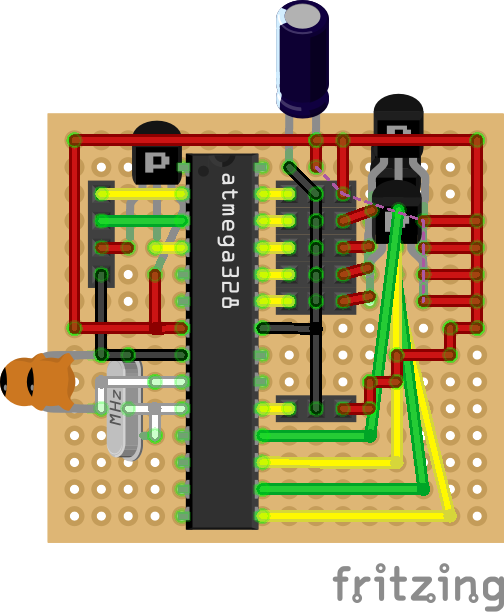 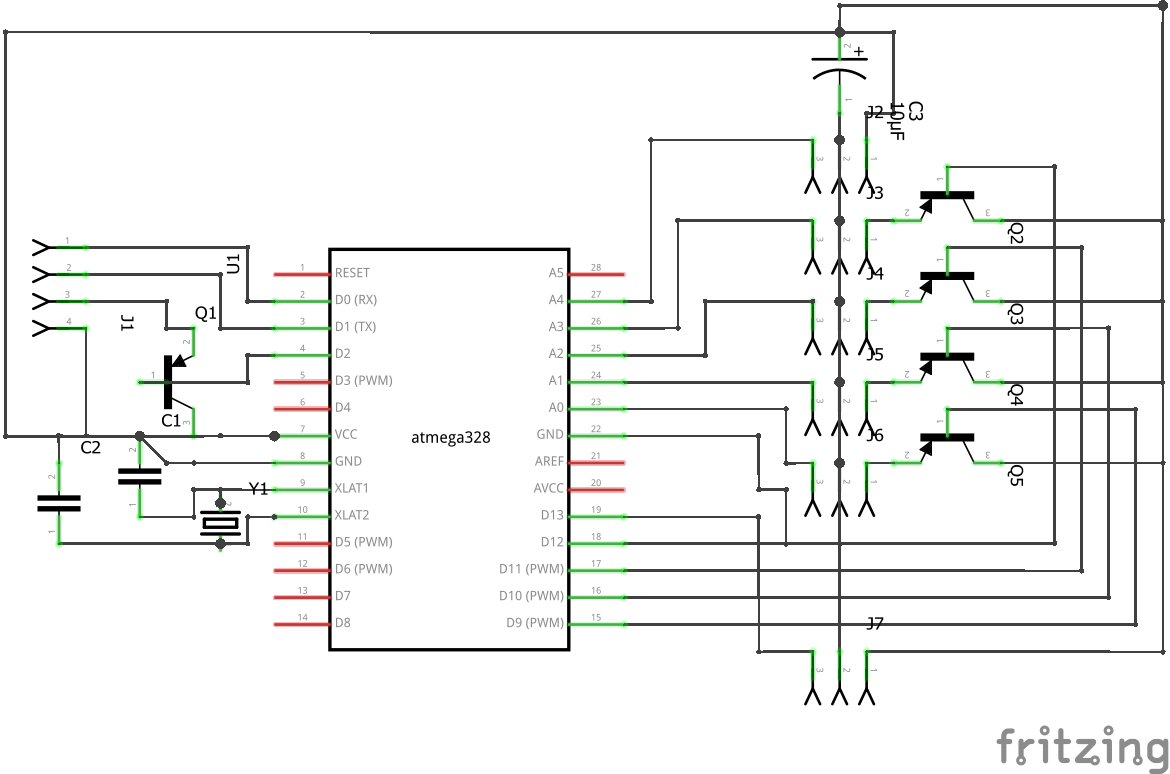 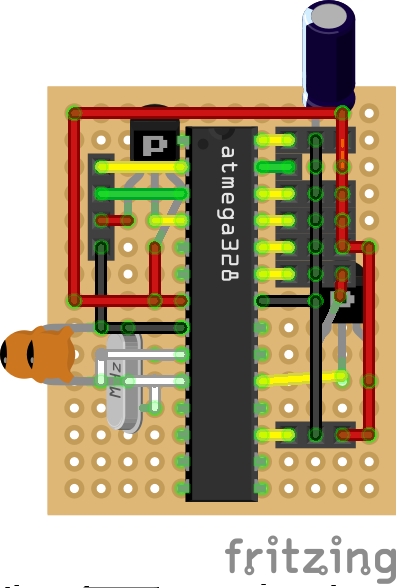 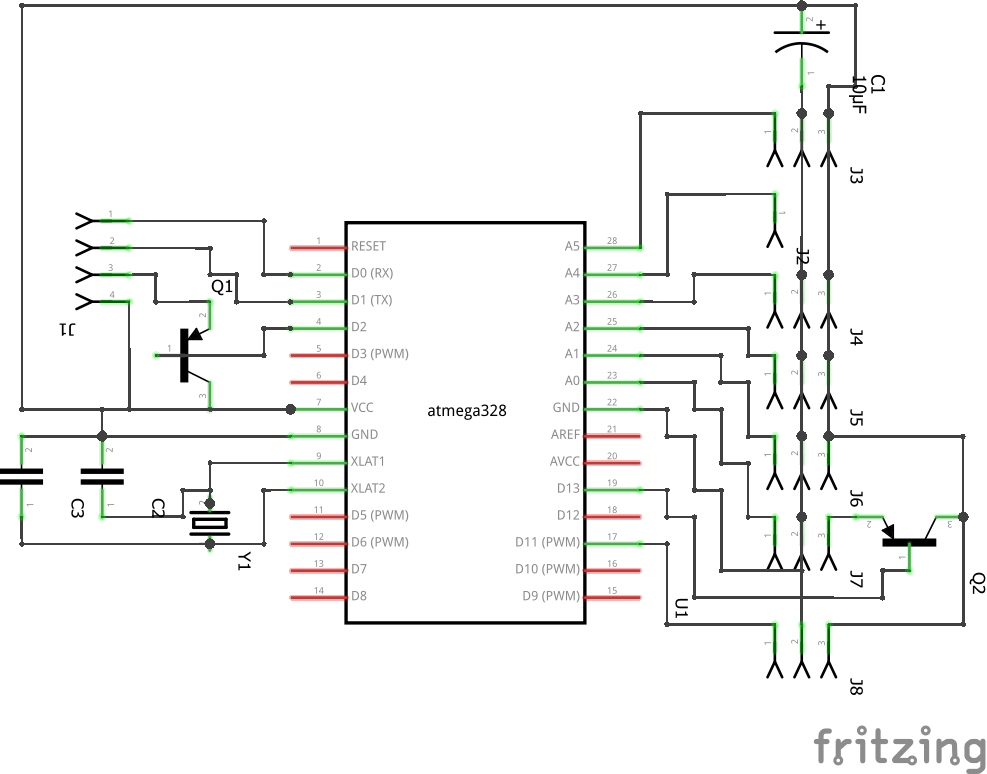 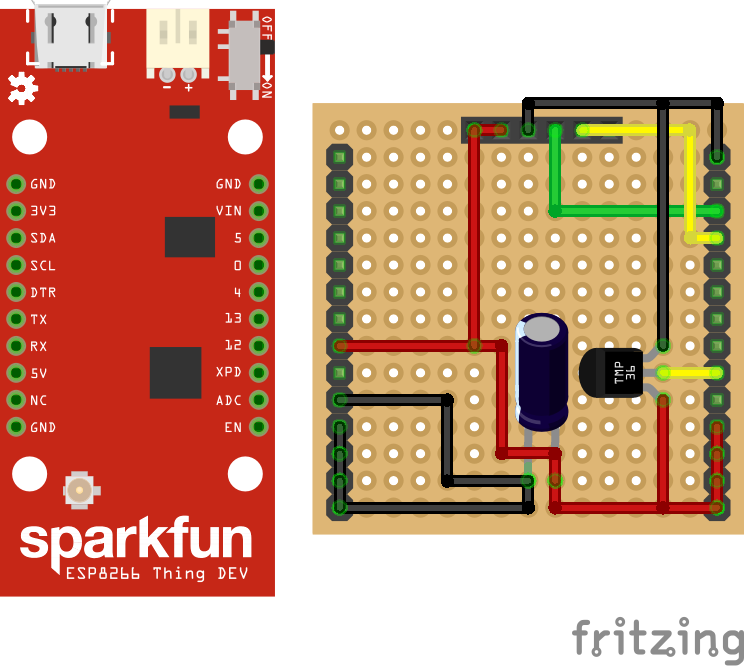 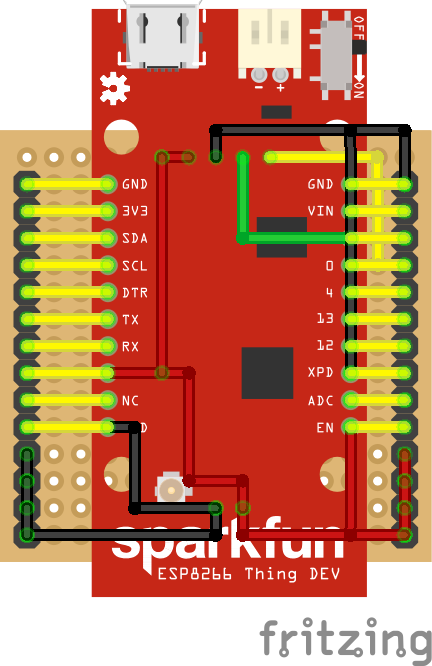 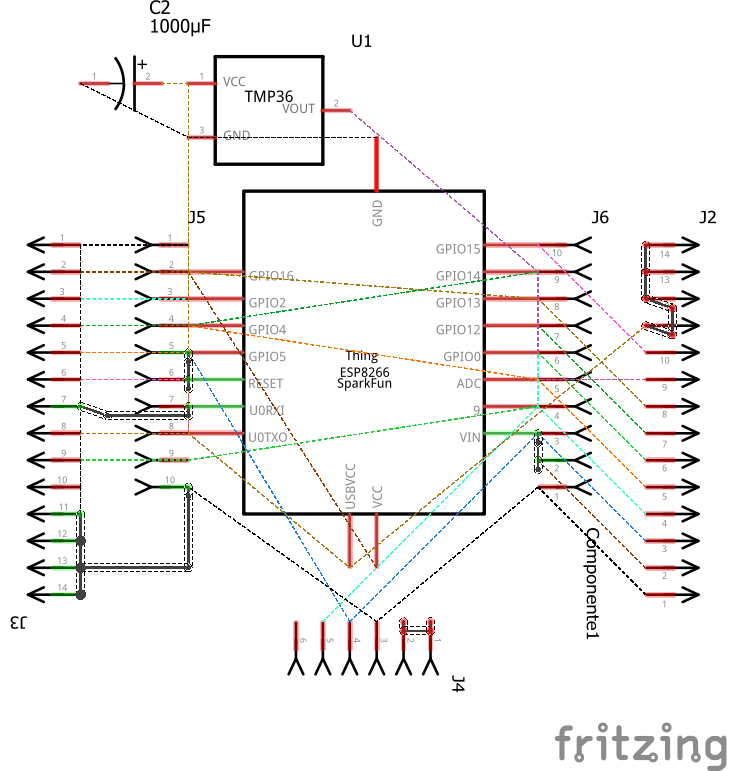