The skill asks math questions, automatically calibrates the difficulty of the questions to the players skill level, and provides hints.

The skill asks math questions, automatically calibrates the difficulty of the questions to the players skill level, and provides hints. 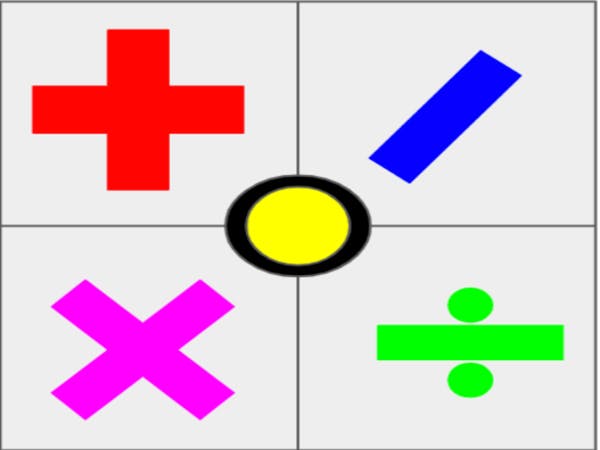 I love math and I wanted to develop a skill that one can have fun with, play with friends, but at the same time helps develop one's math skills.

The skill asks math questions, and provides a list of four possible answers to the players.

The skill only works with echo buttons. The player who presses the echo button first gets to answer that question. Players gain points for correct answers, and lose points for incorrect answers. In addition there are goodies like bonus points if a player gets a number of answers in a row correctly.

A player can ask for hints if he/she doesn't know the answer to a question. Players can also ask the skill to repeat the question.

The skill also displays the question on the echo show/spot. This becomes particularly useful when the questions become really difficult and players might find it hard to remember the question and all possible answers.

It also saves the state of game. So if you want to pick up the game from where you left off, you can do it.

The kinds of math operations currently supported are addition, subtraction, multiplication, division, square root, modulo, exponentiation, boolean algebra. The operation and the operands are chosen randomly by the skill. The skill doesn't choose questions from a fixed set of questions but a new question is generated every time players play the game, so the skill never runs out of questions no matter how long players play the game.

Explanation of the above phrases