The agile, autonomous and safe option for mapping out forest fires in real time.

The agile, autonomous and safe option for mapping out forest fires in real time. 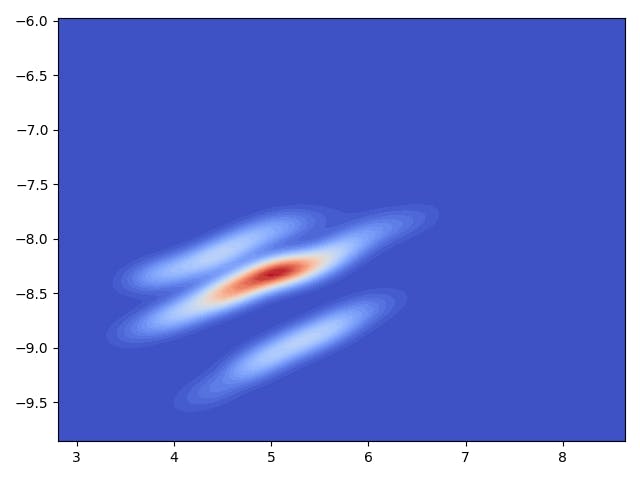 In recent years, forest fires have become ever more frequent and deadly. Due to the adverse effects of climate change, many areas are experiencing droughts and high temperatures, which ultimately results in the perfect conditions for forest fire disasters. At this time of writing, Australia is still dealing with one of its largest bushfires in decades. Here are some effects of the wildfire that emphasize the state of the crisis:

The damage from forest fires can be minimized when they are detected and stopped before they are able to spread to an uncontrollable level. Given the spontaneity of these events, governments must be able to respond to forest fires in a very timely manner. As such, we believe there is a huge demand for a solution that allows governments to survey large swaths of land in real time, and understand the exact nature of forest fires when they do spring up.

Our solution is to build a drone-based forest fire charting system, that is capable of flying through a predefined path autonomously. The benefits of this approach is that it is relatively cost-effective, while still allowing for a good resolution with a high degree of control. Most importantly, the data captured by drones on site is very time-relevant, as it can be retrieved as soon as the drone completes its flight mission.

1. The drone captures images of the area below it at a constant rate, and stores it in an SD card. Then, the data is stitched together, and cropped to a proper rectangular shape using Python OpenCV. This provides the visual map that firefighters and rescue teams can use to determine where the fire is, relative to landmarks such as towns.

2. The drone captures infrared readings from the position below it at a constant rate, and stores the value along with a timestamp and GPS position in an SD card. This data is then reconstructed using Python Numpy to create a heatmap of measured infrared emissions with respect to position.

The heatmap is then overlayed on top of the stitched aerial image, to create an intuitive view of the current status of the forest fire.

The kit does not include a few important items. Specifically, I bought the following separately:

I followed the hardware assembly exactly as described on the HoverGames documentation, specifically the sections listed below:

Here are some pictures of the final product:

2. Image capture on the raspberry pi

Although the kit included a Pixy2 smart vision camera, it turned out to be unsuitable for the project. The camera focuses on object and feature tracking, and its resolution was not high enough to take photos of the landscape from a high altitude. As such, we decided to use a PiCamera, which offered a 5MP resolution in a very to use interface.

Given the use case of the drone in the field, the Pi would need to be run headless and without any external SSH connection. So I set up the Pi Zero so that it could capture photos at regular intervals, and controlled headless without ssh.

The way this was done was by programming the Raspberry Pi so that it supported control by GPIO pins. Here's how it was done:

Here's how to properly set up a new Raspberry Pi Zero W:

1. Flash Raspbian on to an SD card using Balena Etcher as outlined here.

2. Insert the SD card in your computer. Open the /boot directory, and create an empty file named ssh. This allows the Pi to enable SSH connection when it boots up.

3. Create a file called wpa_supplicant.conf in the same directory, with the following content:

Replace the country code (alpha 2 code), ssid, and psk variables. There is an example wpa_supplicant.conf example on the public github listed below.

This will let the Pi automatically connect to your network, with SSH enabled.

4. Connect the Pi Camera to the Pi Zero using a ribbon cable compatible with the Pi Zero. Insert the SD card, and boot the Pi by plugging it in to a microUSB power source.

6. Next, on your computer, git clone the project code at https://github.com/JonathanXu1/BRETT. Using an FTP client like Filezilla, connect to the Raspberry Pi, and move the capture.py from the /camera folder on the repsitory to the Documents folder on the raspberry pi;

7. On your SSH terminal to the Pi, run the following:

This updates the Pi and install the python libraries needed for image capture. Then reboot the pi by running:

The SSH terminal will disconnect so you will need to reconnect to the Pi.

Set up autorun on boot for capture.py by running:

In the editor, add the following to the end of the file:

Pictures will be stored in the / directory. (just the forward slash)

3. IR sensing on the Melexis

Infrared sensing is done on the Melexis MLX90614 IR sensor, which has been generously provided as part of the contest kit. Connect the sensor to the FMU's I2C/NFC 5 pin connection, using the provided JST cable. Affix the sensor and the RPI using zipties.

We interfaced with the sensor by writing an onboard application on the PX4. Here's the documentation.

The sensor data collection program on the flight management unit was written in C++, using PX4 header files, and stored in the /fmu-programs folder. First, the hg_temp.cpp class was written to get temperature data from the sensor. Then, the module.cpp class was written to create the main program that would run in the background. The program would poll for drone position data, and every 5 seconds if data was received, grab temperature data and write to a text file saved on the microSD. The program could be started and stopped at any moment, and the user could pass a parameter [-n] to indicate where they wanted the data to be saved.

To upload the code to the FMU;

Significant challenges were encountered in deploying the code to the drone, as well as writing to the text file without crashing the program. Initially, deploying custom firmware would break the drone’s ability to fly. This was remedied by following the PX4 guide instead of the NXP Hovergames guide and reinstalling the required software natively instead of running a VirtualBox instance. Program crashes due to writing to a text file were partly remedied by using fputs() instead of fprintf().

To test the project with real data, we started a controlled campfire. We turned on the camera and IR capture, and armed the drone. It was then flown manually at first to test the sensors, and then flown automatically with a preplanned flight from QGroundControl.

Due to time constraints, we used the QGroundControl flight interface to manually plan a mission for autopilot. We set the waypoiont heights to 20m, and made sure that the path was free of obstacles.

3. Drag the waypoints so that you cover the area of interest.

4. Set waypoint height to 20 m above the ground, or whatever is suitable for your landscape, and spacing to a distance that is suitable based on the height of your flight path. The higher the altitude of the drone, the wider you can set the spacing. For our project, 10m was a suitable width.

5. On the Mission Start tab, select the checkbox next to returntolaunch, so that your drone returns to the launch location after the mission is over.

The image stitching program was written in Python, primarily using the OpenCV library. We used the “createStitcher” and “stitch” methods to combine the images, as well as some helper libraries such as numpy and imutils to make image parsing easier. To combine the heatmap and stitched images, we used the “addWeighted” method from OpenCV to blend the images together. To stitch the images, do the following:

1. Power off the drone and RPI.

2. Copy the IR data and image data from the SD cards in the RPI and FMU to your local computer.

3. Copy the image folder corresponding to your mission of interest, and move it to the /image-stitching folder on your clone of the repository. Make sure you have Python and pip installed, and run the following:

4. Open image-stitching.py and the inner argument this line:

with the name of the your image folder.

5. Stitch the images by running:

6. Crop the stitched image by running:

The creation of the infrared heatmap and flight path map was split into three main steps. Firstly, the program had to read in the text file sent to it, which contained information about the drone’s position, as well as ambient and object temperatures. This was done with Python’s built in file in functions. The second task was to parse that information to create a data frame compatible with our graph creating libraries. For the heatmap, it was sufficient to put it into a list, while for the flight path map, the helper function Pandas was used to create and pivot the information. Finally, the formatted data frame was used in conjunction with Seaborn and Matplotlib, two libraries used for data visualization, to create the respective visuals.

Move the test_flight.txt that you copied from the drone's SD card, and move it to the /IRmap folder. Run the heatmap.py program to generate a visualization of the IR readings. The flightpath.py generates a block-based visualization, based on the drone's position.

Here are some other visualizations we got using different libraries, that we decided not to go through with.

When the IR heatmap is overlayed on the image, we are able to get the final product!

Overall this has been a very challenging project, and we are very happy with how it has turned out. We've been able to create a functional MVP prototype, and with fine tuning and improvements listed below, we think this could be a great solution to the problem of forest fires.

There are many features we wanted to add, but had to omit due to time constraints. Here are the main improvements we would make to the project in the future: