Light up your bike, skateboard, scooter, self, or other object with this in-depth guide. Get custom... Get fabulous.

Blinkenlights for Burning Man & Beyond

Blinkenlights for Burning Man & Beyond

Light up your bike, skateboard, scooter, self, or other object with this in-depth guide. Get custom... Get fabulous. 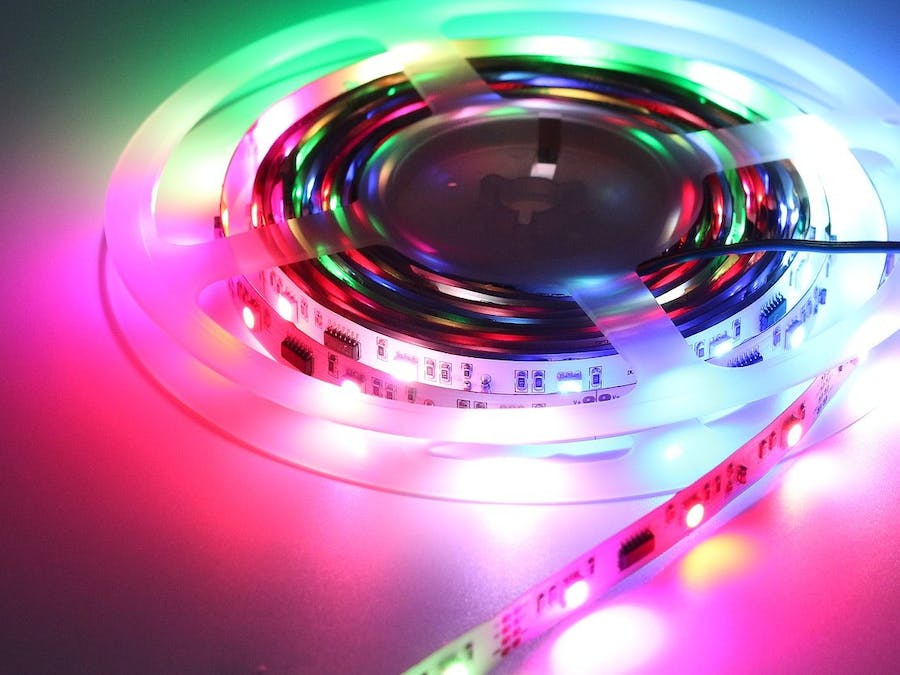 Whether you're going to that thing in the desert, or just keeping safe and visible around town, you can definitely find an excuse to light some stuff up! This tutorial is going to focus on LED strip lights, but I'll start with a bunch of options you might not be aware of. Then, we'll cover:

This tutorial is for general lighting purposes; if you're building a huge LED installation or matrix, you'll probably need a more specific tutorial for that.

This is a work in progress, gathered from years of experience teaching workshops at Noisebridge and lighting my own art. Here are some references while I build it out, which use different microcontrollers with Arduino code:

In case you missed it, all of the tutorials I linked directly use Arduino, so the code and controllers are interchangeable, although the process of programming them may vary.

For the purposes of this tutorial, we'll focus on LED strips, particularly NALs and WS2812s. (I've used DotStars once or twice, but I prefer the others.)

Commercial 12V RGB strip ("NALs"). Generally available on Amazon and other outlets, these will run you about $15-20 for a 5m strip. You can chain them together if you have a strong enough power source – the full 5m may take up to 2 amps. These run on 12 volts, but you can also run them off of a 9V battery with a barrel-jack attachment.

These LEDs are not individually addressable: the whole strip will be a single color at a time. They generally come with an infrared remote control, which allows you to change the color, or choose a pattern (cycling through different colors) and control the speed. Since it's infrared, you need line-of-sight to use the remote, but it makes your bike easy to spot in a crowded area!

Different brands may use different remotes. But if your group all has one type of controller, you can easily change each other's bikes to match your own, for infinite #squadgoals style points.

You can also get rid of the built-in controller and either power the LED strips directly, or create your own system. I'll go into Arduino-controlled systems below.

They have 4 contacts: usually +12v and B, G, R (in varying order) for blue, green, and red. The nice thing is that if you're only using one color, or two adjacent ones, you only have to run two wires! This makes your life SO MUCH BETTER.

You can get these in non-coated versions, or with a silicone coating on top that makes them waterproof. They also usually have a weak adhesive backing. (You can buy replacement 3M backing, too.)

NeoPixels (WS2812s). "NeoPixels" is the name Adafruit uses to distribute these. They won't run on power alone – you have to add your own controller – but that's pretty easy if you're familiar with Arduino. (I've linked a couple of tutorials below.)

These guys run on 5 volts. They have 3 contacts: GND, Data, and +5V. If you bought some from a different brand than AdaFruit, check which line is which. There are some special power considerations you'll want to read. You can power your NeoPixel strip separately from the controller, which can come in handy.

NeoPixels are individually addressable, so you can program your own per-pixel animations, leading to some pretty cool effects. Some of the tutorials listed above have animation programming examples, as does the NeoPixel library for Arduino.

You can get them on a black or white flexible PCB strip, to match your aesthetic :)

Their "waterproof" version doesn't have silicone coating, but rather the bare strip is run through a clear silicone sleeve. I think it's much less aesthetically pleasing, and you have to attach it with zip ties, but it works!

Voltage: Some options include...

Inflection points (esp. for wearables): Be aware that solder joints get stressed from too much bending. Plan and reinforce accordingly. You may want to add a length of speaker wire.

Power placement: My favorite spots are...

Color placement: Red on the back, blue on the front? Sounds good to me. You can do this by programming NeoPixels, or splicing together NALs. Note that, as your power drains, the low-power (red) ones will stay on longest.

Animation flow: If you want a "flowing" animation from front to back, or top to bottom, arrange the lights to make the programming easy.

Wire: go for something flexible and resilient.

Transistors: Get ones that can handle the power you're shoving through! Some can't deal with 9-12v.

Soldering irons: Get a portable iron so it's easy to solder things or make repairs directly on the bike, especially when out in the field.

Cutting wires: Cut your wires longer than expected, especially if you're splicing them together.

Stripping waterproof NALs: Once you get fairly practiced, you can peel the flexible circuitry away from the silicone coating and then snip off the coating about 4mm.

Building onto the frame: If you're comfortable with building directly on the bike, I think it's the easiest way to wind everything through and make it really robust. Otherwise, just make sure you attach everything well and measure twice before you cut!

All right! That's it for now! Check back for more pics and videos, and stay safe (and fabulous!) out there. :)

...And just for reading to the end of the tutorial, here's a silly prize for you – my Micro:bit-powered EMOJI TAILLIGHT!