The main idea is to buy services paying with IOTA tokens. I took a smart-plug as example.

The main idea is to buy services paying with IOTA tokens. I took a smart-plug as example. 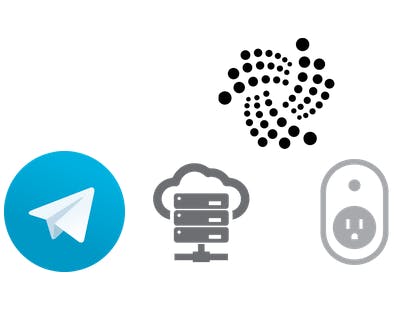 Introduction.
Here I want to introduce the Proof of Concept for the “Empowering Machines with Wallets”, the 2nd IOTA Development Contest on “Hackster.io”. The main idea is to buy services paying with IOTA tokens. I took a smart-plug as example. This device can be turned on and turned off using some APIs through WiFi using a library written fore nodeJS. Basically I developed a server running on a Raspberry Pi that can be contacted using REST API that will provide the service (turn on the smart-plug) after receiving a POST request with attached an IOTA transaction hash. Once the server verify that the transaction exists and it is verified, the lamp is turned on for a specific amount of seconds depending on the predefined cost of electricity (for this sample I provide 1 second of the lamp for 1 IOTA). To simplify the interaction with the server, I developed a Telegram Bot that will take care of all the requests from a user. User will ask to the bot for the service, he will pay some IOTA token using the trinity mobile application (or whatever other IOTA wallet supporting IOTA) and then will use the bot to forward the transaction hash in order to demonstrate his payment. In this way the service can be simply accessed using any device (iOS, Android and Windows Phone mobile devices and PC of any OS) without installing/developing any other new application, just Telegram, a widespread messaging application (https://telegram.org/) and IOTA trinity wallet, application available for various platforms and OS (https://trinity.iota.org/).

General description of the PoC.
Basically, the idea of this PoC is to provide a service and pay for it using IOTA tokens. User wants to use a service and after understanding how much it costs (in IOTA) he pay for it to a specific IOTA wallet (created from the device he is asking for the service). The device offering a service has some logic on server side in order to provide the service to the user after he verify that the user pay and the transaction has been verified. This is only a PoC and has some limitations but this is just to provide a general idea of my project. Of course this can be improved.

Detailed description of the entire process.
Here it is described the complete process with technical details of all the components and action performed:

Final considerations, limitations of the PoC and future plan.
Of course this is a simplified version of my general idea. This PoC has some limitations because can satisfy 1 user at a time and cannot manage different requests concurrently. Due to the verification time (that can vary depending on many factors) of the IOTA transaction there are some limitation to satisfy many request. Performing many test on different IOTA nodes, the transaction take some time to be verified (from 30 seconds to 4 or 5 minutes), Considering the general idea of this PoC, this can be applied to many different services to use IOTA to pay and request services: Pay some electricity to use some devices on shared offices (lamp, printer, fan). Pay some streaming services: audio/video. Pay to have some photo from a device (imagine you have a camera to see which is the weather or you want some image from a webcam from a ski slopes and you want to see the conditions before ski). Basically this PoC can be enhanced if will be implemented a check for the requested resources and manage multiple users. The server will manage many users reserving the requested resource from a user so that other users will see as “not free”. At the moment this cannot be applied for service that can be used for a not previously specified amount of time until other module will be implemented: like IOTA flash channels.
Using IOTA flash channels I imagine many other services that can be used:

Unfortunately this PoC is not yet finished due to some time limitations (this was just as an hobby for me) and I still need sometimes to end the code, but I’d like to share the general idea of what will be my PoC. So, the project is complete, the code is still missing for the complete implementation. 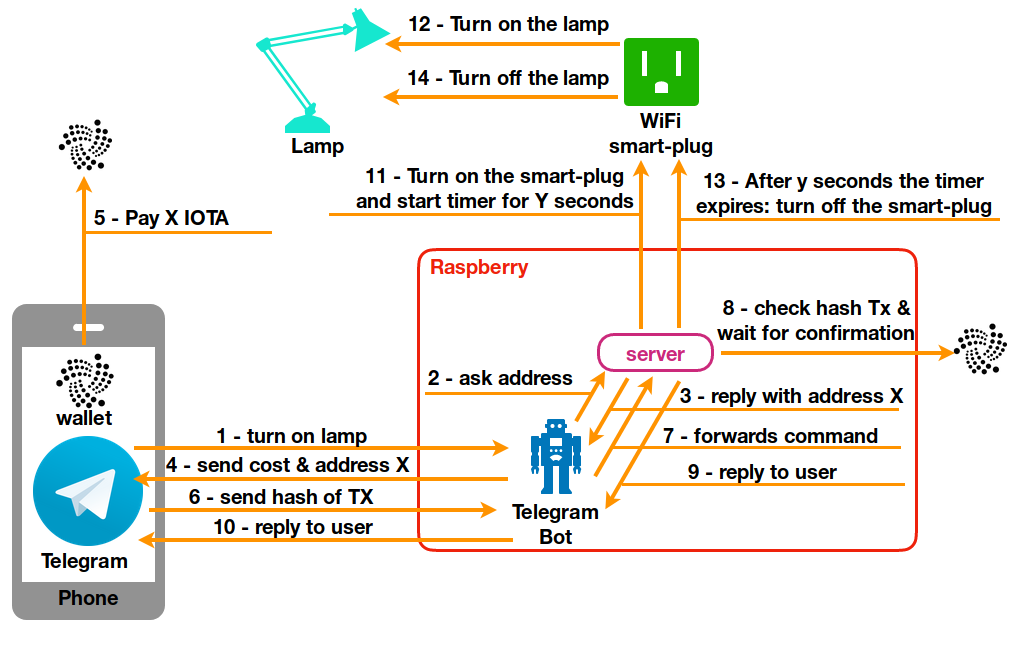