A barn door astrophotography mount made with no special tools.

A barn door astrophotography mount made with no special tools. 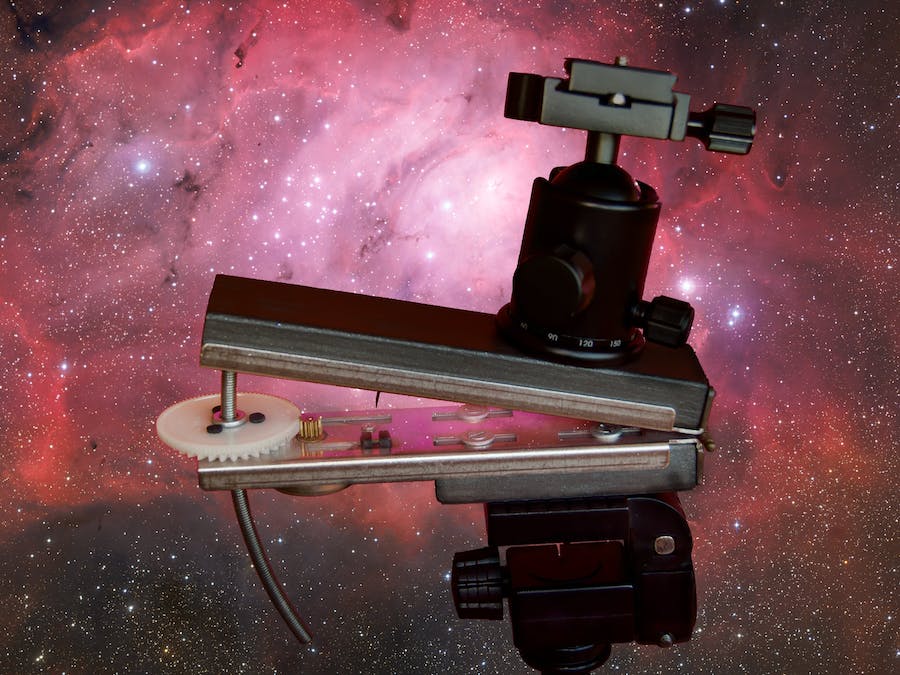 Read all project in...

I have long been fascinated by the night sky, the immensity above our heads is barely comprehensible to the human mind. We have been trying for centuries and will continue discovering part of their secrets in the future. I'm happy with observation and photography, leaving the research to the smartest minds.

Still, photographing the celestial sphere raises its difficulties, light pollution, relative movement of celestial objects and the weakness of the light that comes from them, make you have to review the most basic concepts of astronomy and photography, if you pretend to take home a memory of the light that has been traveling thousands or millions of years to impact your camera.

My journey through this project began with the need to photograph the stars in continuous movement and "stop their transit" for the moment that a photographic shot lasts.

Together with photography and astronomy, other fields in which I usually spend my time are programming and electronics, and they were key to reach my destiny.

Like so many others before me, my goal was to build a mechanism that counteracts the movement of the Earth while photographing stars, avoiding getting pictures of "dancing" stars by capturing the beauty of the Milky Way. It is not new, there are many home and commercial inventions, for beginners and professionals, and of course, economically affordable or astronomical prices.

Precisely I focused me on fundamentals requirements, reuse recycle and keep the budget low above all.

The stars relative movement leaves a continuous impression on the camera's sensors when a high exposure time is set. That trace is called comma or "trail". The stroke length of a celestial object depends on its "azimuth", or elevation on the celestial equator, and the exposure time, or shooting speed.

Before starting, I was searching the Internet for similar projects, and yes, there are hundreds of them. Then I began to be aware of the difficulties I would have to face. Accuracy is required in calculations and construction. Uff, do not be discouraged!

Finally I opted for the simplest structure to build, since in my "workshop" there aren't 3D printers or laser cutters nor I am an expert in machining parts. These are the so-called "Scotch", "Barn Door" or "Hinge" mount since they use a hinge as the main element of rotation. They consist of two support pieces joined by a hinge, like a book. One of them is attached to the photographic tripod, and the camera is mounted on the other one.

Its operation principle is based on aligning the axis of rotation of the mount (the hinge) with the axis of rotation of the Earth, so that, when the support pieces separates one from the other, it's described a circular movement similar to the the stars in the sky movement. The key is to achieve an accurate alignment and that the opening speed of the mount equals to that of the Earth.

This kind of mounts has multiple designs variants. This is because, depending on the construted desing, the elevation system accumulates a tangential error that changes the angular velocity along the time. For more information read the Wikipedia article. All them requires a transmission axle that performs the lifting of one plate with respect to the other and, once again, there are several design options range from a manual operation of the axle, a dc motor at fixed angular speed or a digital controlled movement using microprocessors.

I choosed a desing of barn door tracker that uses a curved screw as axle to manage separation between plates. The decision was based on a easier mechanical design, it require fewer parts and don't require a programming code for compensating the tangential error in a digital operation scenario. Simplicity is best. The assembly complexity is focused in a precisely bended axle which, in absence of specific tools, is hand done by brute force.

To keep the project budget low, I looked for components scavened from old scanners, printers, and circuit boards that were stacked in a corner of the basement. In particular, I reused step by step motors, darlington transistors, gears, IR barriers, switches, LEDs... You don' t know how much junk is worth until you need it! Later you will realize why all this stuff. Step by step I was planning the project. At that moment was clear that it would be a hinged mount with curved shaft, operated by a stepper motor with gear reducers for better speed control and greater torque and all this managed by a homemade compatible Arduino board. With all this amount of components and with many ideas and doubts going through my mind, I decided to start with the mathematical calculations and the mechanical part to see the project viability. So, what is better than starting with a good construction model.

Read all project in... 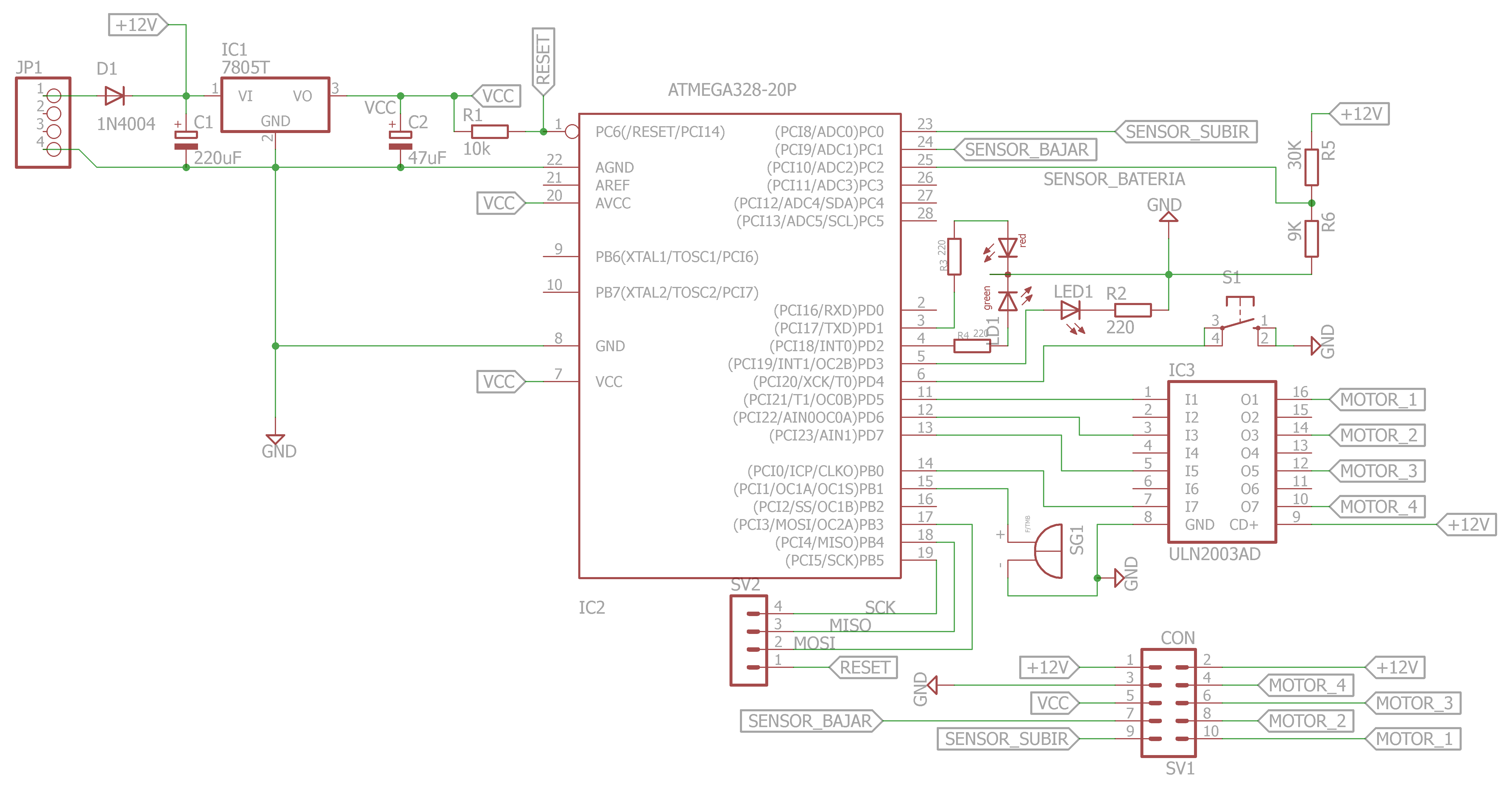 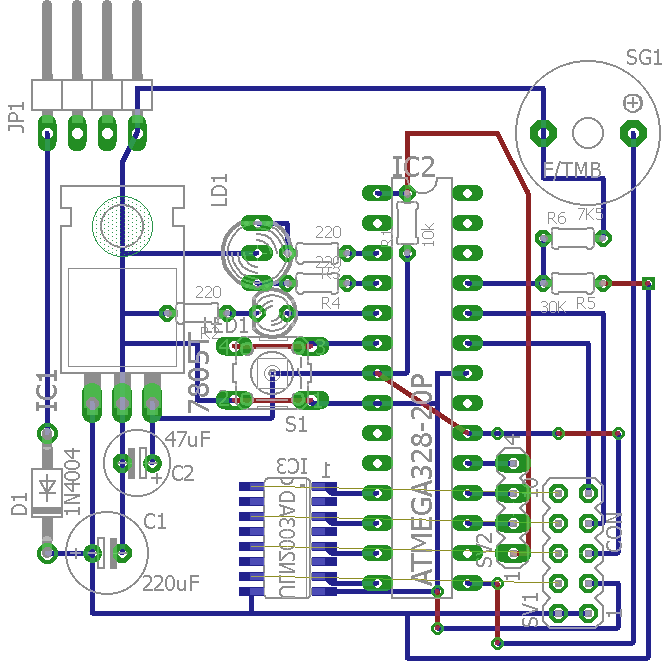 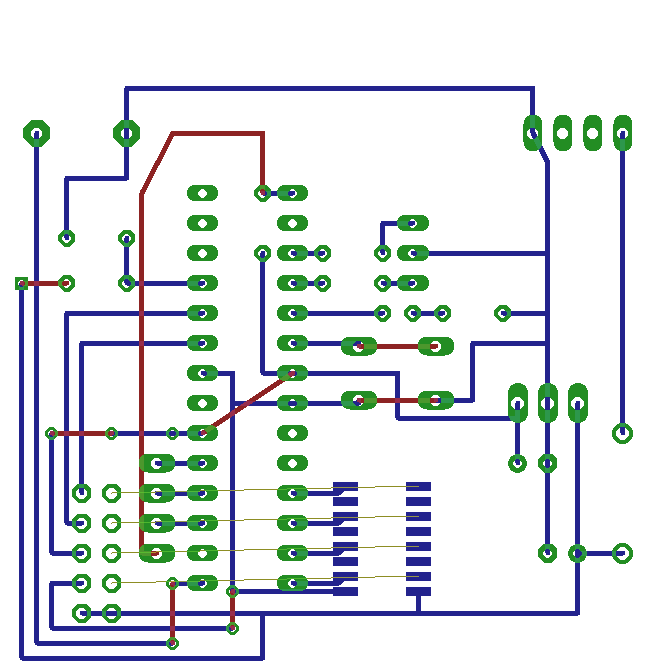