Rasberry Pi Internet Radio in a small and elegant form

Rasberry Pi Internet Radio in a small and elegant form 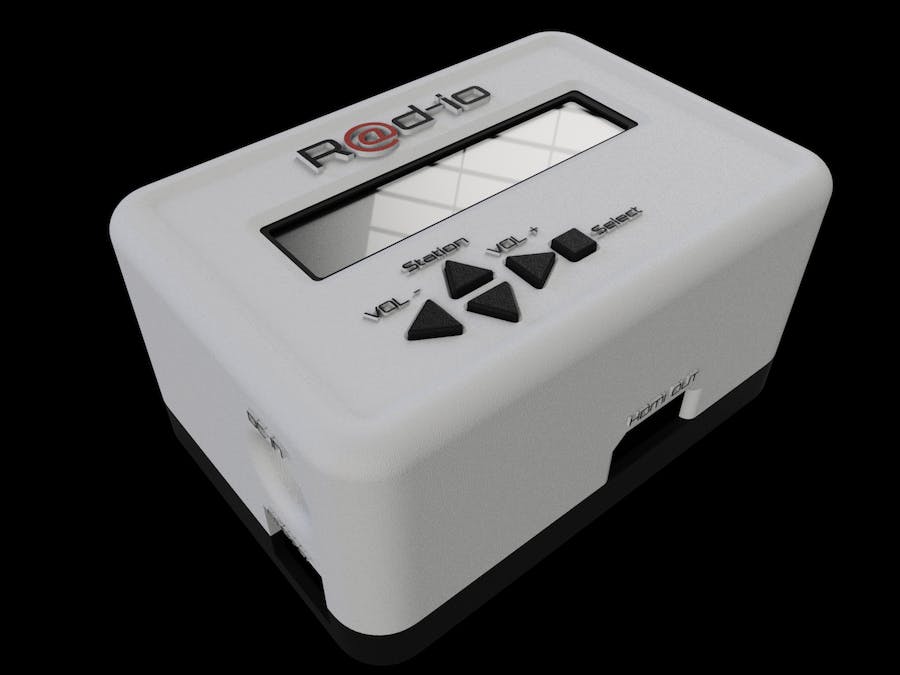 Taking part in the Give Your Hardware a Home challenge, thought this would be a good opportunity to put Fusion 360 through it's paces.

I wanted to create as small an enclosure as possible, enabling (who ever decides to try this) to have internet radio without a cumbersome size. it looks pretty cool too.

The design is a simple 2 part plastic enclosure, with simple screw mounting for the guts and a snap together final assembly. The buttons are intended to be rubber, as they're a one-piece design, stopping them falling out and also making assembly easier.

As there were some discrepancies with the 3D model provided for the raspberry Pi, i have made a number of assumptions with this design. (read: may require some further hacking)

1. There is no 3.5mm audio jack on the model, so all audio IO is through the HDMI port which was present.

2. As the USB connection should not be seen outside the enclosure, i have removed the USB connectors from the model with the intention of hard-wiring screen differential pairs between the Arduino and Raspberry Pi. This also save space.

3. As there is no power connector on the Raspberry Pi, i'm assuming it's USB bus powered.

All the rendering was done within Fusion 360, to save time i took advantage of Autodesk's Cloud rendering service to make high quality renders faster.

I have to admit, this really isn't bad for 3 hours work!

14 projects • 69 followers
Industrial Designer, Maker of Things, Lover of Phi and all around nice guy
ContactContact