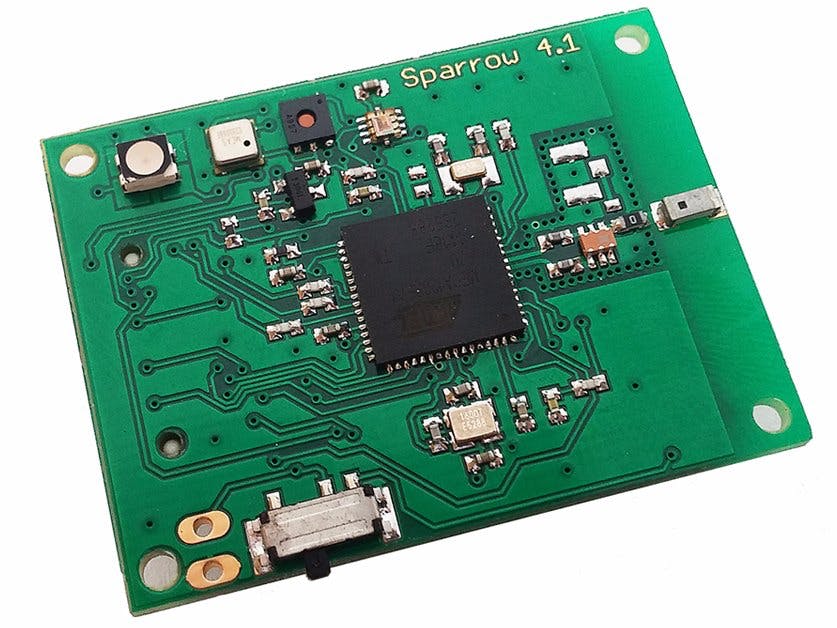 This example will run on two Sparrow Wireless Sensor nodes described in this article. Make sure to follow the steps there in order to install support for the nodes in the Arduino IDE. The nodes use the Atmega128RFA1 MCU from Atmel, but the code can easily run on all other RFA1 MCUs. Also, the code was successfully tested on the newer Atmega644RFR2 MCU.

The example in this article is based on Arduino, but the library can be easily modified to work in a stand-alone project.

The SparrowTransfer library can be downloaded here. Install it in your Arduino libraries folder, or using the IDE's library installer. The API for interfacing with the Atmega128RFA1 radio is derived from Sparkfun's implementation.

Here is a code example of two nodes communicating via the protocol. You will need two Sparrow sensor nodes: the first one acts as a sender and the second one will receive the data.

The code from the Sender runs on a stand-alone Sparrow node, while the Receiver needs to be connected to a computer in order to view the received data on the Serial Terminal.

You can send virtually any data between the two nodes, as long as the code on each node uses the same data structure. The protocol sends the structure as a whole, so it is important that all variables in the structure are defined in the same order and have the same data types both at the sender and at the receiver.

There is a very simple data error detection mechanism implemented as a checksum byte obtained by XOR-ing all of the bytes in a data frame. Received data frames that have the wrong checksum are automatically dropped. It is possible to also add a more reliable CRC check, but from what I have seen, the XOR checksum does a decent job.