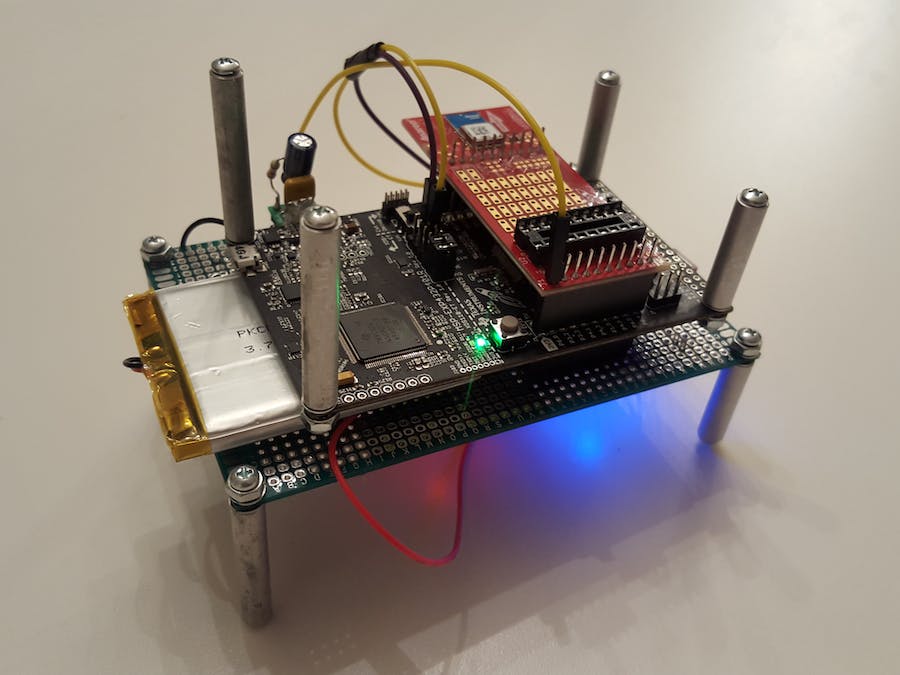 This scenic road can be just as dangerous for a cyclist as a busy intersection or expressway.

In some ways, the road above is more dangerous.  It has an insidious danger-- the danger of isolation.  If a cyclist were to become critically injured on a road like this, there is a good chance they will not be able to help themselves, let alone contact someone else for help.

For example, three of the top six sources of injuries for cyclists have nothing to do with other vehicles.  Falls, damaged roadways, and cyclist error account for 43% of all cycling injuries.  Combined, all cycling incidents account for nearly $4 billion dollars in costs every year.

This is specifically becoming a problem for Texans. In recent years, more and more incidents involving cyclists have shown that cyclist safety is an issue that requires more public awareness.  If we wish to prevent Texas from having the third highest number of cycling fatalities in the United States, we need to first improve both accident prevention and detection.

The second largest issue facing cyclists is a financial one: bicycle theft.

As cycling becomes more popular, the amount of bike thefts predictably increase. Large cities such as Dallas and Austin see a large number of bike thefts each year.  This even includes large-scale operations, which can deal with tens of thousands of dollars in stolen bicycles.  More shockingly however is the fact that although 48% of stolen bicycles are found, less than 5% are actually claimed by their owners.  This makes bicycle theft a two-fold problem.  If there were a way to easily track your bicycle's movements from anywhere in the world, it would be easier to actually get your bike back.

The Wingman has your back.

The Wingman is a device based upon a modular system of peripherals that allow the MSP432 to report bicycle theft and crash data in real-time. When combined with the SafeT, it also allows for increased crash prevention by greatly improving cyclist visibility.

How does it all work?

The Wingman exists in two modes: locked and unlocked. When locked, The Wingman constantly checks for a text message from its owner instructing it to unlock while also performing a continuous check for motion. When motion is detected on the bicycle in locked mode, The Wingman starts up its GPS module and begins to text the owner its current GPS coordinates continuously until the bicycle is retrieved. The coordinates can be easily searched in an online map tool in order to quickly and accurately pinpoint the location of the bicycle.

Once unlocked, the bicycle prepares to switch into riding mode. Immediately, a signal is sent from The Wingman to the SafeT to trigger the yellow lights to ensure the visibility of the rider.  Communicating with the SafeT is a large portion of The Wingman's functionality.

Crash Prevention with The SafeT.

The SafeT is a wearable set of LED lights that riders can wear in order to ensure their visibility at all times when riding their bicycles. The SafeT has a few different modes, including Hazard mode, Strobe mode and Stop mode. All signals are done using wireless communication between two separate micro-controllers meaning that the rider does not need to physically "plug into" their bicycles.

Hazard mode is the default mode for the SafeT. Unless a crash has occurred, the SafeT will constantly flash its yellow lights in order to ensure maximum visibility of the rider.

A stop signal is received whenever The Wingman detects a halt in motion. Upon receiving this signal, the SafeT will turn on its red LED lights, informing vehicles and pedestrians that the rider is no longer moving.

When a Strobe signal is requested after a crash has occurred, the SafeT will begin to flash all of its lights in a somewhat random pattern. This will ensure that the rider will be seen by pedestrians and passing vehicles at all times, even if they are too injured to move.

In its next iteration, here are a few of the upgrades we would like to add to The Wingman:

Currently, The Wingman lacks a polished user interface that allows it to be easily programmable. In the future, a touch screen can be added in order to allow individuals to program multiple phone numbers into their bicycles and even change emergency contact information between rides. An easy to use interface would allow The Wingman to exist independently without ever having the need for a PC.

The biggest concern with The Wingman's current design is that a malicious individual could easily remove The Wingman itself, assuming the enclosure is not physically locked onto the bicycle. Using some of the logic behind the current theft detection design, an audible alarm could be used to both deter potential thieves and alarm bystanders in an effort to deter and expose the thief before they have a chance to physically take the bicycle.

A clear extension of the current Wingman's capabilities is to add the ability to track a riders trip and allow them to view various statistics after their ride is complete. Information about distance and speed could easily be tracked using the GSM and GPS module, and with a proper user interface, this information could be immediately reported to the rider or saved for analysis at a different time.

There were strong discussions amongst the members of our group regarding a system that would allow guest users to use the bicycle with The Wingman, without triggering alarms. One implementation of this idea involved having The Wingman generate a temporary password that could be accepted from any phone number during a small time frame that would successfully unlock it. Unfortunately, this feature was not implemented in time and only pseudo code remains.

The beauty of open source projects is that anyone from anywhere around the world can take the building blocks we have provided here and add to them in any way, shape or form.

It's only a matter of time until new Wingmen can be built to take flight and protect cyclists all over the world. 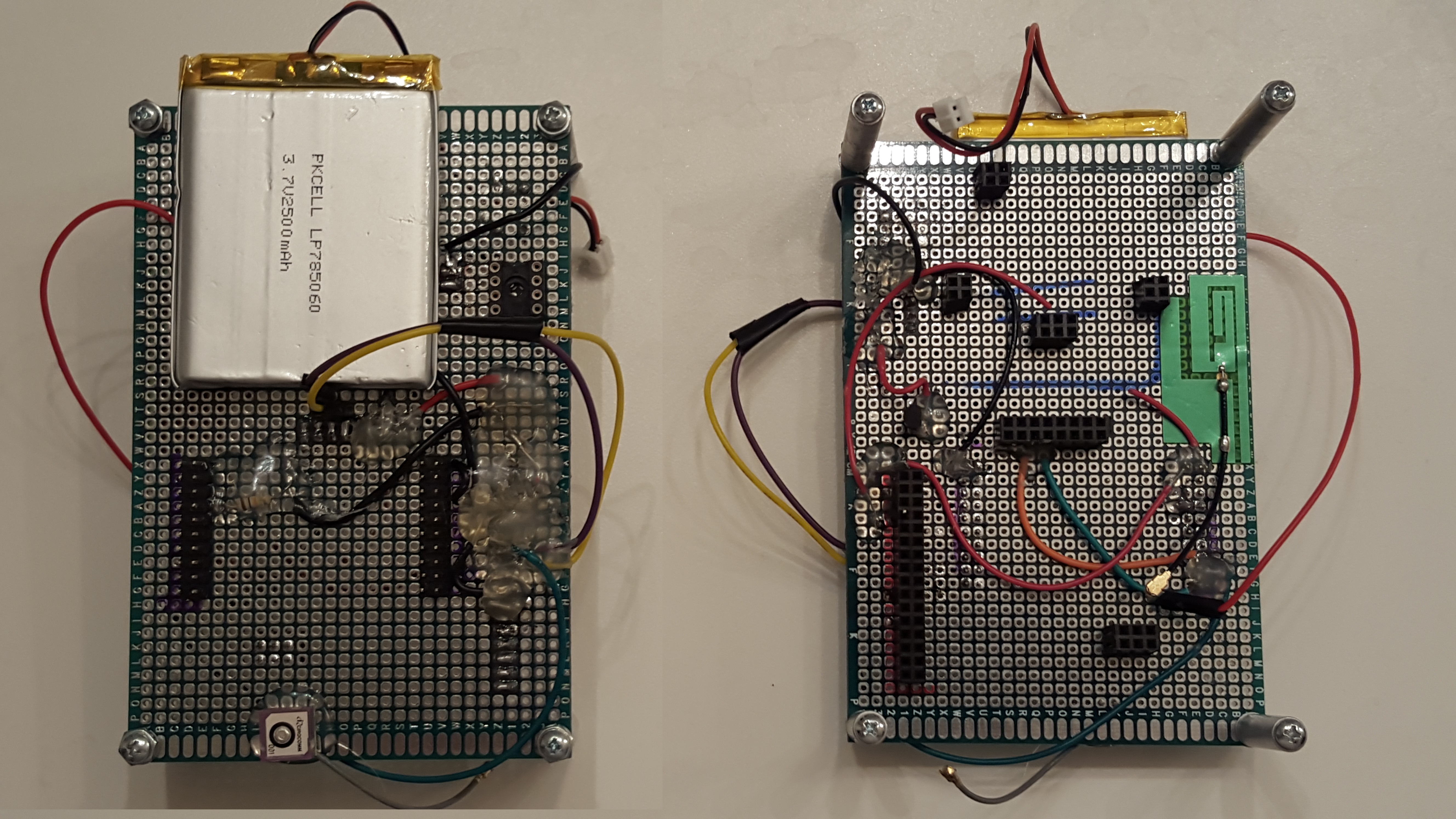