This is a great weekend IoT project which uses the BeagleBone Green to display Temperature Humidity inside and outside your home and more..

This is a great weekend IoT project which uses the BeagleBone Green to display Temperature Humidity inside and outside your home and more.. 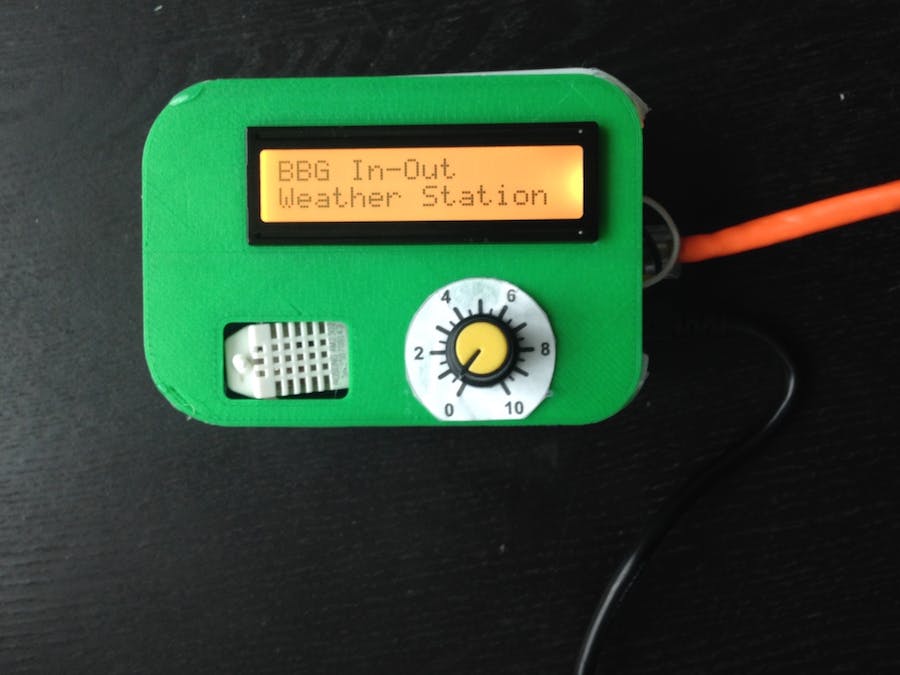 Inside-Outside Weather Station is a great weekend IoT project, which uses the  Seeed Studio BeagleBone Green to display Temperature Humidity inside and outside your home.

Here a quick video demo, of the features implement as part of the project

3D Print the Case for BBG and Sensors

Download the STL files attached and print. 3D printing all the part could take about 2-3 hours based on your 3D printer settings.Here are some suggested setting

Cut one of the grove connectors and solder bread-boarding  wire as shown in the picture below, also add heat shrink to prevent short circuits

In addition also solder wires to the 10 k POT

Install Python Library for the Temperature and Humidity sensor

Connect a LAN cable to your BeagleBone and then connect the USB cable which comes with beaglebone green to your laptop , in my case I have dell laptop running Ubuntu.

You can run all the command below using the cloud 9 ide, for example to get the ip address assigned to you BBG use

Getting the IP address of the BeagleBone

Test the Temperature and Humidity Sensor

Connect the Sensor to P8_11 pin on BeagleBone  to the temperature and humidity sensor.

Run the following simpletest.py program to get the reading for temperature and humidity in your room

Note : If you are using the same sensor as I am, you will have to uncomment the line in the simpletest.py file

Run the following command to install the Open Weather library

Now create an account at http://openweathermap.org/ to get the API key to use as part of the code

Getting Weather of your City

In addition to post data to dweet.io you will need to install Requests library

- Connect the Temperature and Humidity sensor to P8_11

- Connect the LCD to the I2C pins on the BBG,

Add the BBG and Sensor to 3D Printed Parts

Also get a fancy potentiometer knob to add to the POT.

Print the image attached below and stick it the 3D printed part, just below the POT, you may have to adjust the values of the pot in you program below, run the analogRead.py program to determine the value of the POT  at each spot.

Upload the Code to the BBG

Run the Python Program on start of BBG

To run the program at startup instead of SSH'ing in all the time, edit the Crontab file using

and add  the line below to the file, and use ctrl+X ,then Y-to save.

Now when you reboot your BBG the program will auto start.

freeboard.io is intuitive, when it comes to creating dashboards using dweet.io as your datasource, which in my case is (http://dweet.io/follow/BBGTorontoCanada) 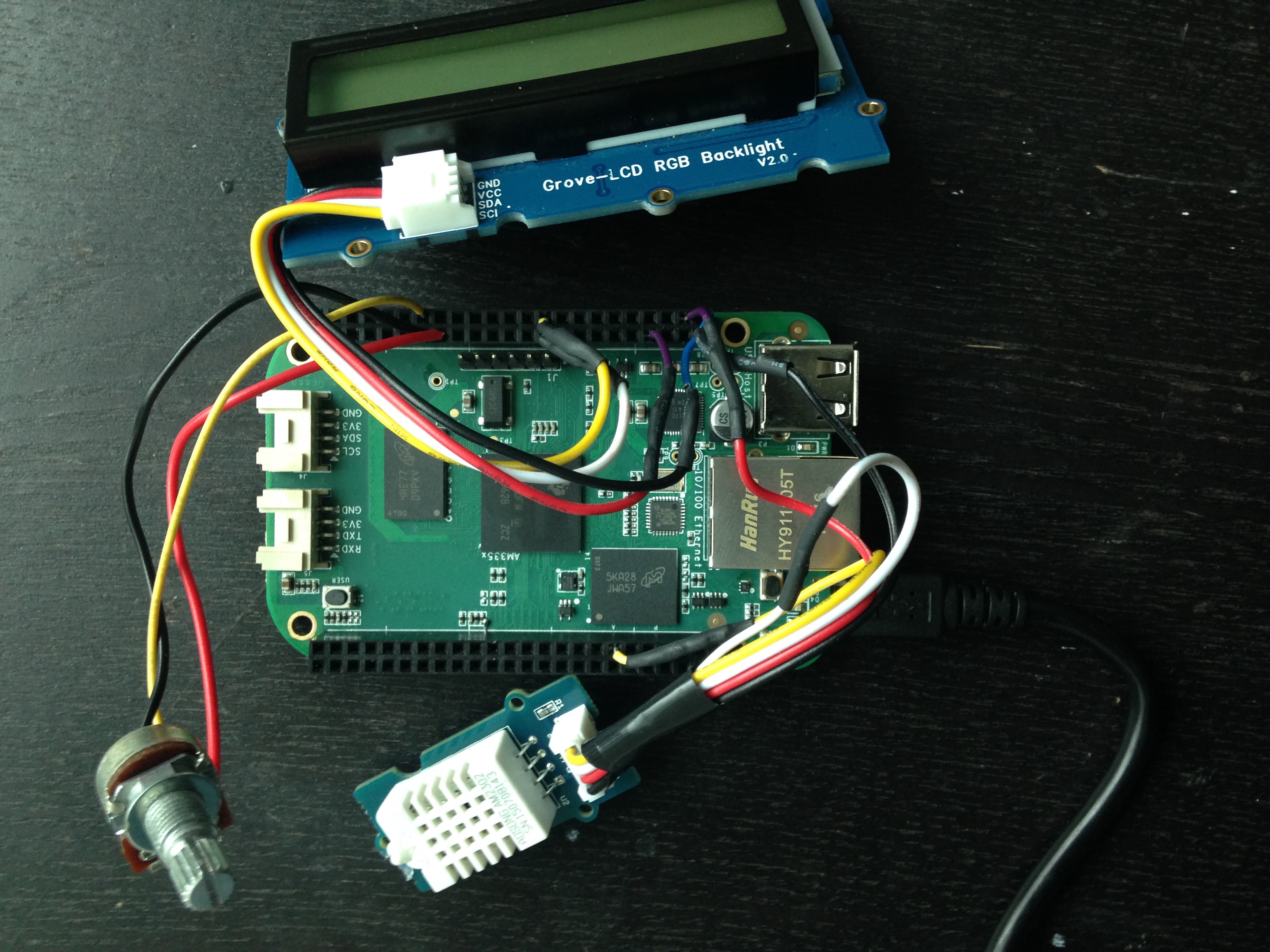