Fully 3D-printable hydraulics for all your robotics projects

Fully 3D-printable hydraulics for all your robotics projects 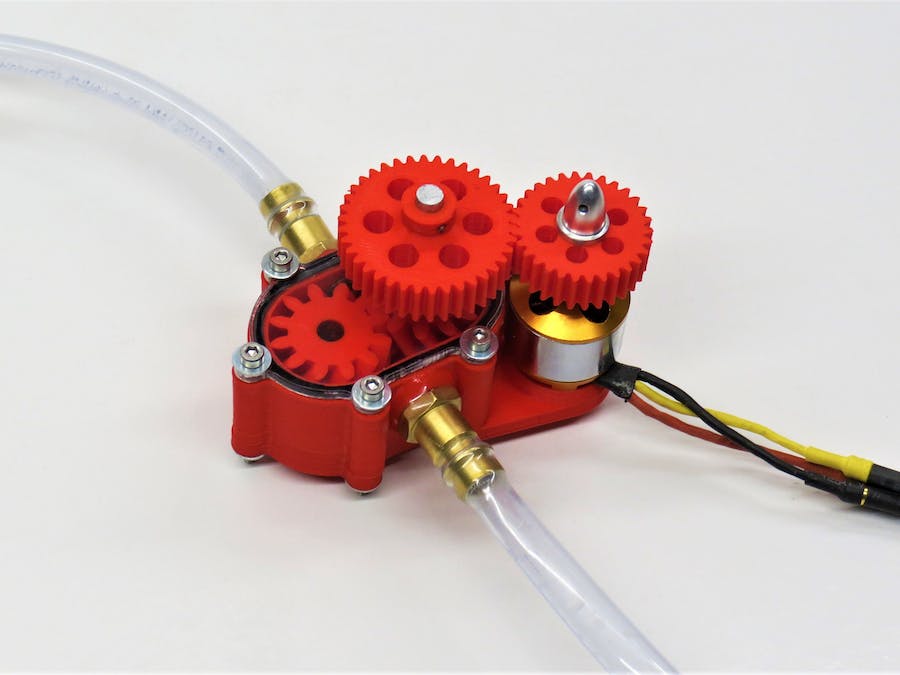 Video can be found here:

As mentioned above i thought it would be nice to test if it would be possible to 3D-print watertight hydraulic parts.

The gears used inside the pump are double helical gears, also called herringbone gears. I chose to go for this type because they produce less noise compared to regular spur gears. For the gears connected to the motor and the drive shaft i chose for regular spur just to make assembly a little easier.

To get everything watertight I 3D-printed some custom seals in TPU (rubber) filament. They do a great job in keeping the fluids in and the air out. The seal between the body and lid is being compressed and held in place by 6 bolts. The shaft seal is being held in place be a seal tensioner. The most important part in keeping this thing watertight is to use enough grease. Grease also keeps your TPU filament supple which is also great to prevent leaks.

As you might've noticed, this pump doesn't have any bearings. The main reasons for this are:
1. I didn't have the right ones in stock and had to wait to long for them to arrive
and 2. when testing out the fitment for the herringbone gears inside the pump i noticed the chamber itself held the gears perfectly in place since there's a huge contact area between them. this in combination with some grease (or oil if you're using it as hydraulic fluid) works great to get the pump working with little to no wear on the components.

To get some specific numbers on flow rate, pressure etc... I will have to do some more testing. If you're interested you can check out this section for any updates.

20 projects • 18 followers
I'm a maker. I design and create my own projects and build them from scratch. My favorite tools are my 3D-printer and laser cutter
ContactContact