This fully functional mini-sumobot is an advanced-level project programmed in Ada/SPARK and Arduino (C++). 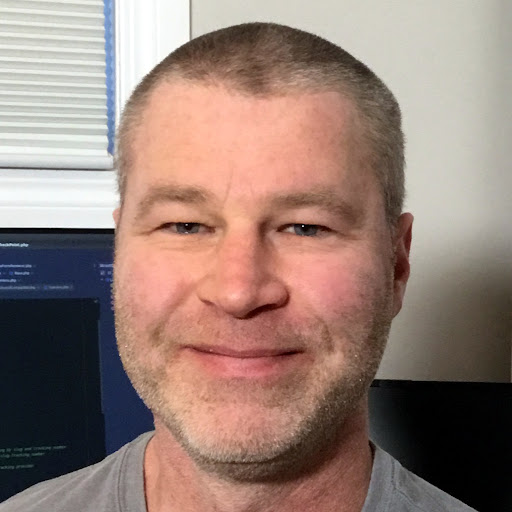 This fully functional mini-sumobot is an advanced-level project programmed in Ada/SPARK and Arduino (C++).

I created the High Integrity Sumobot using Ada/SPARK and high integrity software engineering techniques. I wanted to make it easy for people interested in Ada/SPARK to see how all the pieces fit together in a small embedded project.

I did my best to write simple, clean, and maintainable code throughout. It’s extensively commented and it’s open source so you can use it almost any way you want.

This document contains all the instructions you’ll need to build your own High Integrity Sumobot.

I started with a Zumo 32U4 sumobot. But instead of programming it directly as a microcontroller like most people do, I turned it into an I2C slave device, which I control with a microbit I programmed in Ada/SPARK.

The main job of a sumobot is to fight in sumo competitions. So the bulk of the code on the microbit is related to the fighting algorithm. Here’s a simplified state table for it:

The 5 x 5 display on the microbit shows a character representing the current top-level state of the system (see the “Display” column of the state table above):

You can see the most important zumo parameters on the zumo’s LCD, which is helpful for development and debugging. It shows the following information:

My plan for achieving high integrity

Getting up and running

I tested all of the steps below on Windows 7 and Windows 10 and the 2019 versions of GNAT Community and ARM ELF. Other platforms and versions may work but I have not tested them.

The ring and training dummy

Create a copy of the project's code base

Note: you can ignore the headers that are crossed out in the image above (they are not used in this project).

Uploading code and testing your sumobot

Finishing up the build (optional)

If your High Integrity Sumobot is working but you want to make it a little more durable you can do these steps:

Information for the Make with Ada judges

Finally, I just wanted to make my case for why this project should score well for the “buzz effect” judging criteria. I spent a great deal of time brainstorming projects that might have “buzz effect” and reviewing all the other projects I could find that have used the Ada Drivers Library and this project is appealing on a number of fronts.

First, many universities, schools, and clubs already have mini-sumo competitions because fighting robots are a fun and easy way to learn embedded software development. And for an extra ~$30 over the cost of the sumobot they were already going to buy, people can build this project, improve upon the code, and actually use Ada/SPARK in a project they care about. Therefore, I believe a sumobot programmed in Ada/SPARK should be relatively easy to market and promote.

Secondly, this project’s code base (excluding tests) is actually pretty small and the objectives of the sumobot are easy to understand. So, diving into the code base and making changes shouldn’t be too intimidating as compared to the Certyflie project, for example. And yet, the opportunities for improvements are vast. I can imagine a class of students starting with this code base, then having everyone making different improvements, and then competing to see who does the best.

Thirdly, this project is my first with Ada/SPARK and I couldn’t find any accessible examples of how to use the high dependability features of these languages or much guidance for how I should use them in the context of a full project. The book Building High Integrity Applications with SPARK was the best resource I found but even it was lacking in several areas. I’m sure I misused some features of Ada/SPARK and you guys are going to get a chuckle out of it but this is the kind of example I looked for and couldn’t find when I started this competition.

Fourthly, I tried to use not just Ada/SPARK but an entire suite of processes (within the time I had available) that would help ensure a high quality, low defect project. I think that’s where the benefits of Ada/SPARK really kick in and it reinforces the case for possibly using this project as a learning example.

I loved working on this project. It was interesting switching back and forth between C++ on the zumo and Ada/SPARK on the microbit. I’ve got about 10 years of experience building projects on the Arduino platform so I was able to jump right in on that side. Whereas the learning curve in SPARK and Ada were pretty steep.

But, once I got into it, I started to resent the Arduino compiler for not catching all the stupid ways C++ allows you to write incorrect programs that the Ada compiler would have caught. I also came to appreciate how clearly the Ada compiler told me exactly what I did wrong when I did make a mistake. And, by the end of the project, I had a lot more confidence in the correctness of the Ada/SPARK code as compared to the Arduino code. I can totally see why the AdaCore people are so excited about Ada/SPARK.

If you decide to build your very own High Integrity Sumobot or have questions about it, I’d love to hear from you in the comments below. Finally, if you find any bugs in this project please report them here.

Thanks for reading all the way to the end. Cheers. 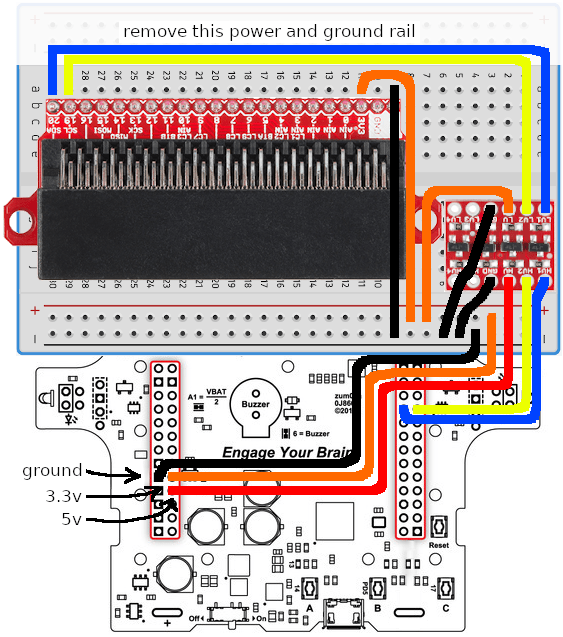