In this project we will learn how to use step motor with code.

How to Code Step Motor

How to Code Step Motor

In this project we will learn how to use step motor with code. 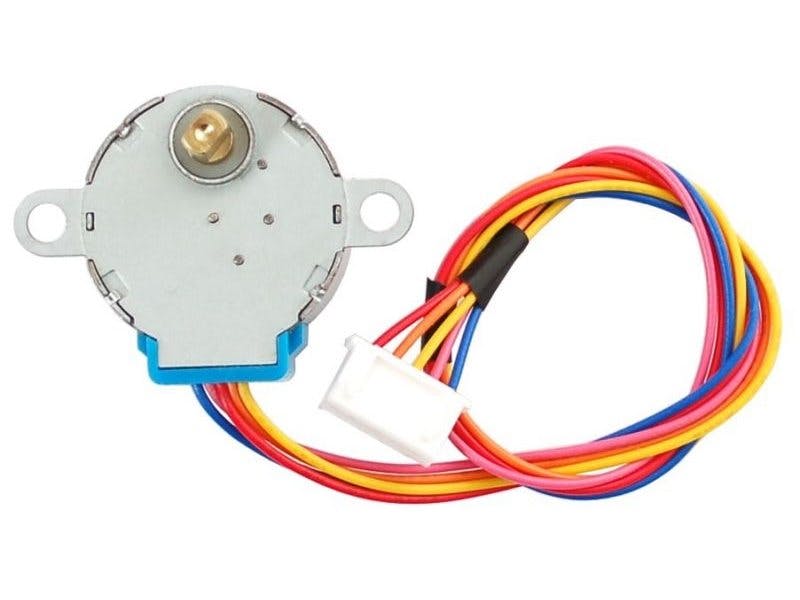 In first we must know that Step motor are much more accurate than normal or servo motors.

So they're used in objects which need precision like 3D printers.

But they're slower than other motors.

The step motor, shown on the right, is made of a magnetic rotor (in grey) with two poles, north and south, as well as a double stator (one part in blue, the other in green): Each of these two parts is associated a winding with a midpoint and two phases.

By feeding either phase, the magnetization can be inverted at the corresponding stator level.

Stator / rotor : The stator is the fixed part of a rotating machine. The rotating part of a machine, called a rotor, rotates normally in the stator. Examples of such machines are pumps and motors.

After you have just to set the extremity of the motor wires in the white multipins connector.

For the code, we use the Library <Stepper.h>. Personally, I haven't had to download it, but I you don't have the library : https://github.com/arduino-libraries/Stepper

34 projects • 62 followers
I love electronic and I make explanatory project on how to control sensors.
ContactContact
Thanks to Pierre Loc ( pictures ).