Give some Energon to bring it to life... Autobots, roll out!!

Give some Energon to bring it to life... Autobots, roll out!!

I got captured by this fun world of making of badges, it's addictive.

When I see a characters I just imagine how I could adapt it to make them a pin badge.

This time was trying to do something with reverse mount LEDs, not every character could afford this, some of them look weird and diabolic :P, but this caught my attention after watching the movie and the camaros' emblem.

I've applied the knowledge gained with the previous badges improving the design, I maintained the hardware basis, a PIC10LF322 as the circuit's heart, this little PIC just has 4 GPIOS and one of them it's only input.

Now I use the MCU's low power features, I discard the extra hardware to turn ON/OFF, this change simplify the design and let me explore how to minimize the power consumption.

The LEDs are controlled by the PWM module, the clock source is the internal oscillator and the button its attach to external interrupt.

The PCB profile was made faster than before, I use Inkscape to draw the Autobots image, it was helpful to separate the layers too. Once I had the profile it was exported as DXF.

I've been using Autodesk EAGLE for a while, it's easy and faster, check what you could do.

It's fast and easy with Autodesk Fusion 360 importing the profile made with inkscape.

How to Use the PCB as Light Diffuser

Set PCB restrictions with polygons or use the layers previously separated on Inkscape.

No copper and no solder mask. This way you expose the bare material, mainly FR4.

You can solder this board manually .The complex part is the MCU, but you'll be ok.

Check out these videos on how it was assembled:

The code almost fill the memory space, 93% XD,The cpu clock is set up at 500KHz, it can go faster up to 16MHz but theres no need.

On the back side there is the ICSP terminal, 0.1inch pitch. I used pogo pins, they are really comfortable.

Just press the push button on the backside to turn on and change between flashing patterns.

Press again to turn off.

How to Get One?

I have a some of them, send me a message or check at tindie Store.

I'm on twitter, you can see what's going on @IObrizio.

I hope you enjoy this gadget! :-D 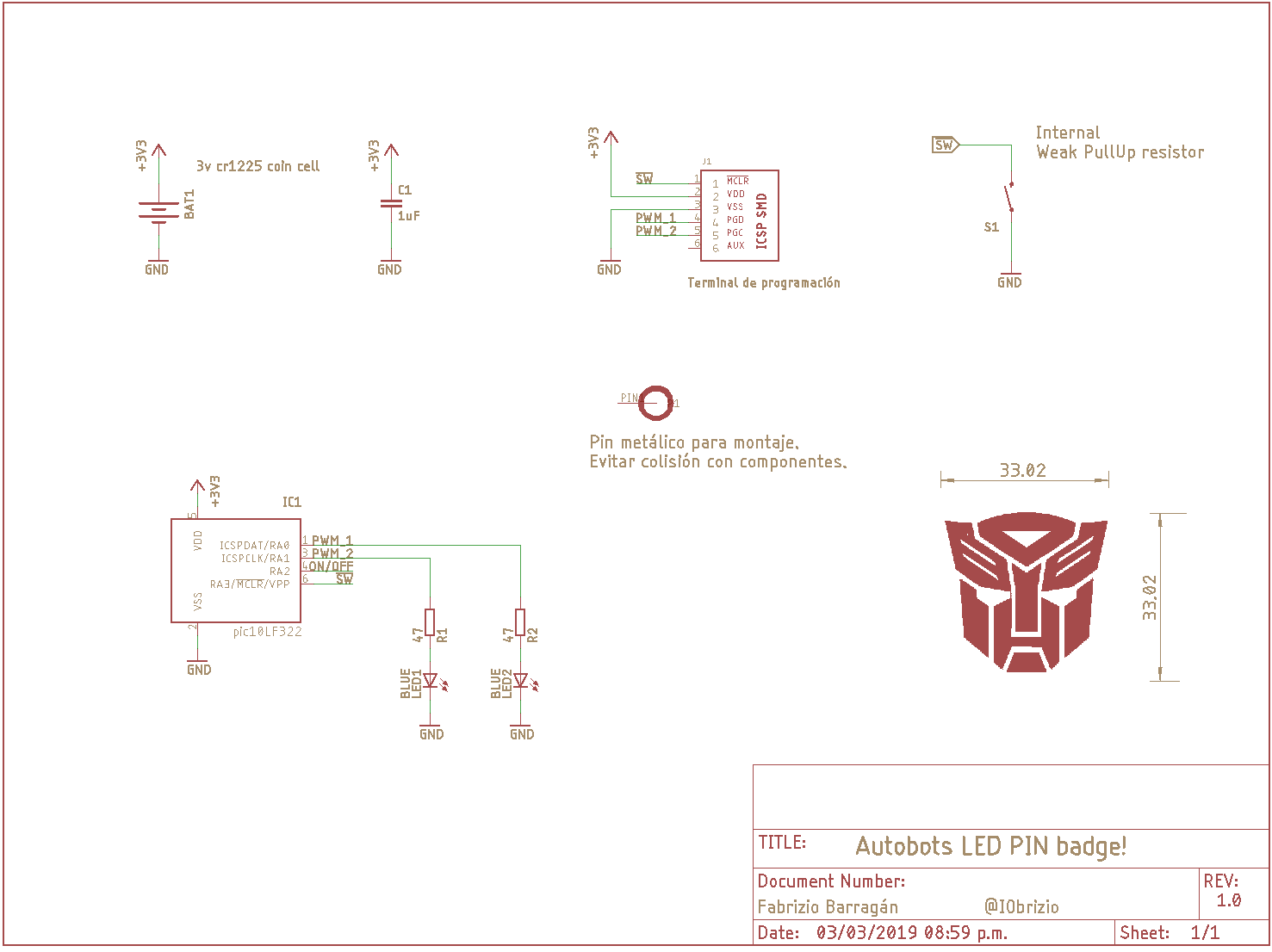