Turn your MKR FOX 1200 into a battery-powered weather monitor that you can deploy EVERYWHERE.

Turn your MKR FOX 1200 into a battery-powered weather monitor that you can deploy EVERYWHERE. 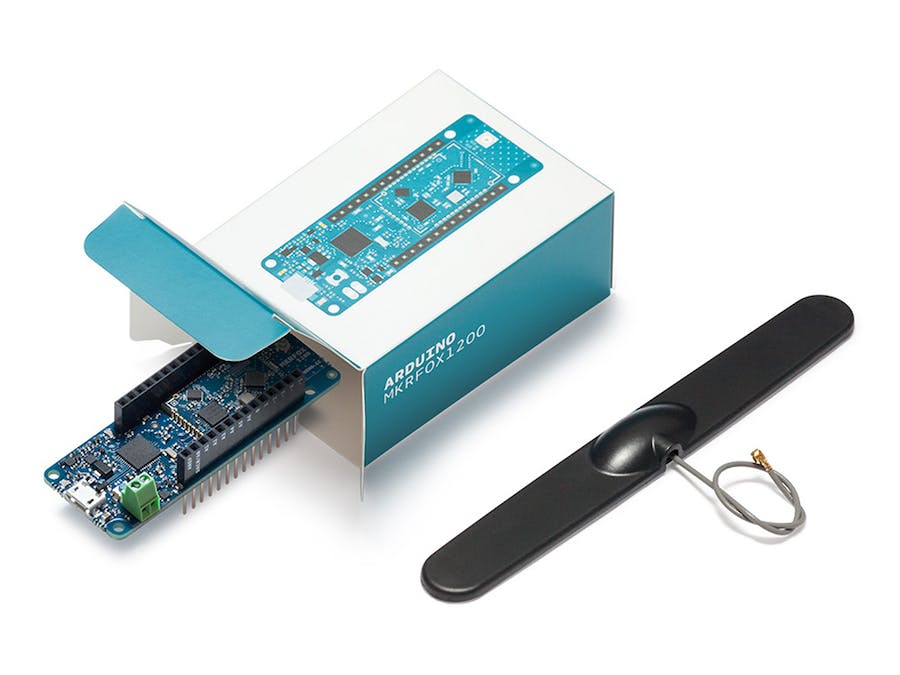 This project shows how to turn a MKR FOX 1200 and a bunch of I2C sensors into a simple, battery-powered weather station.

The hardware connections for this project are quite simple: all the sensors use I2C interfaces and run at 3.3V.

They need four wires from the MKR FOX 1200: GND, 3.3V, SDA on Pin 11 and SCL on Pin 12. The same four connections can be shared in parallel with the three sensors because each of them has a specific I2C address and therefore the relevant libraries and functions will take care of discriminating each of them.

The whole project can be powered by two AA or AAA alkaline batteries connected in series to generate 3V and wired to the screw connection terminal block on the board.

Since the Sigfox network can send a maximum of 140 messages per day, we'll optimize the readings and send data in compact binary format.

Data packing is important because the maximum size of a message you can send is 12 bytes. A float occupies 4 bytes, so we'll need to pack our readings into some smaller representation.

The float format is very wide (you can represent numbers as big as 3.402823e+38 (!) ) and we don't need the whole data space; we can then decide safe limits (based on where we are going to deploy the station) and restore the original representation in the backend.

Configuration of the Cloud Services

Register your board on Sigfox backend using PAC and ID provided by FirstConfiguration example (can be skipped if you already did that for a previous project).

Both need to be configured to talk each other and interpret the data in the right format. Register to both and create a couple of channels on Thingspeak. The configuration is reported in the image below.

The first channel we configure will be the one which receives the raw data (readChannelID ), while the second one will collect the re-scaled data (writeChannelID ).

It's about time to upload the sketch using Arduino Create Editor. The default sketch lets you test extensively all the infrastructure before deploying on the field.

when you are confident that all the backend infrastructure setup is correct. The sketch waits for the serial port, so we won't launch it now. Instead, open the SigFox backend and configure a callback:

Click on New button on the upper right of the window:

The relevant configurations are reported below. Make sure the callback is setup as:

This represents the structure we packed in the sketch. We are assigning a variable to each field, so we can reference them in the HTTP callback.

Callback on SigFox backend (use your API key!)

Remember to change the API key api_key with the one provided by Thingspeak as Write API Key for Channel1 .

Save and exit. We can now open the serial port and observe the first message being sent. Hooray!

From Raw to Graphics

The setup we configured will route our data to the Thingspeak backend, but they are still in raw format; to reconvert them, let's use Thingspeak analysis tool with this snippet

By replacing the channel IDs with our own we can finally convert back the raw data into actual values. Remember to schedule the analysis action every 10 minutes using React or it will never be executed!

We finally have our wonderful graphs.