Make your own custom GoPRO shutter using a MKR1000 board, 3 buttons and 3 LEDs.

Make your own custom GoPRO shutter using a MKR1000 board, 3 buttons and 3 LEDs. 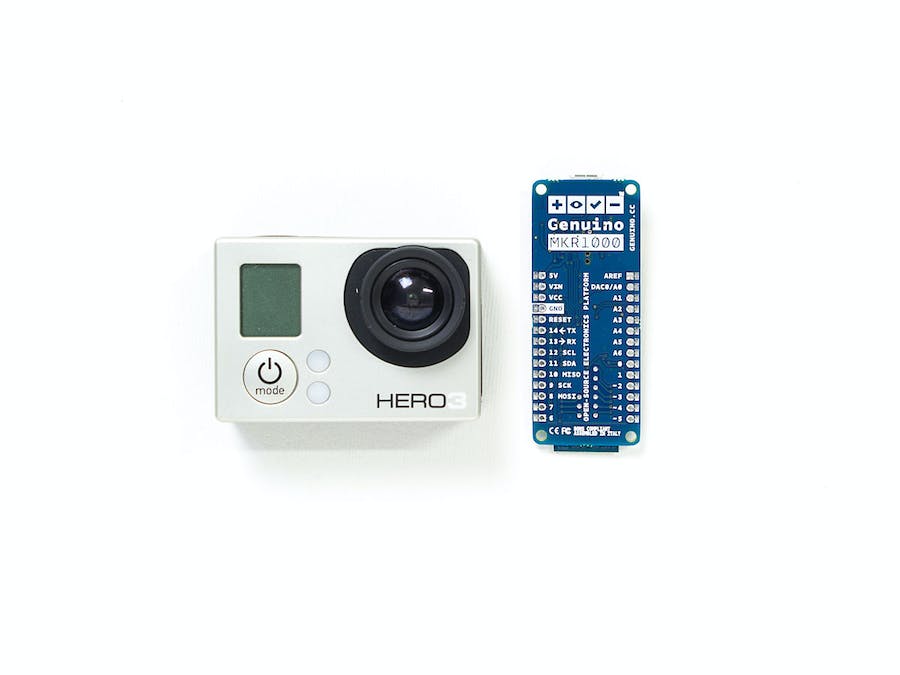 This tutorial relies on the use of the Arduino GoPRO libray that can be installed using the Arduino Library Manager.

This library allows the user to fully communicate with a GoPRO camera, but we will use only two very basic functions:

The libraries relies on the fact that a connection between the camera (in AP mode) and the board exist.

The library has so the method GoPRO.begin(ssid, pass) to try a connection. This function in fact returns true if the connection is established false otherwise.

The sketch interacts with three buttons:

Pressing the buttons reflects to the status of the three LEDs in such a way:

NB: Every command is sent only if the connection between the board and the camera is still active. This can be check using the method checkConnection() that returns true if the connection is active, false otherwise.