Application notes for Pmod NAV and Arduino Uno. In this app, all data from the Pmod NAV will be displayed in the serial monitor.

Application notes for Pmod NAV and Arduino Uno. In this app, all data from the Pmod NAV will be displayed in the serial monitor. 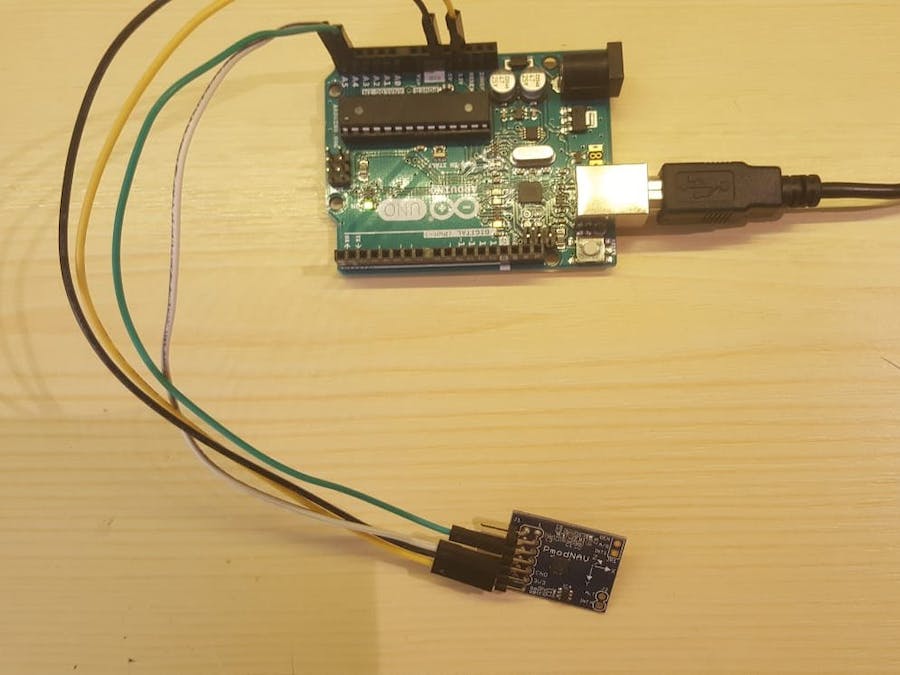 This is a demo project for the Pmod NAV made by Digilent. The X, Y and Z components of the angular velocity, of the acceleration and of the magnetic field are measured and displayed on the Serial monitor. Pitch, roll and heading values are also calculated from the measured data and displayed. To control the Pmod, an Arduino UNO is used, which also sends the data to the computer. To communicate with the peripheral device, I2C communication protocol is used, the devices can be found at addresses 0x1E (magnetometer) and 0x6B (accelerometer and gyroscope). To make measurements easier, and to process measured raw data, the SparkFun LSM9DS1 Arduino Library is used, the project is based on the LSM9DS1_Basic_I2C example found in this libary. 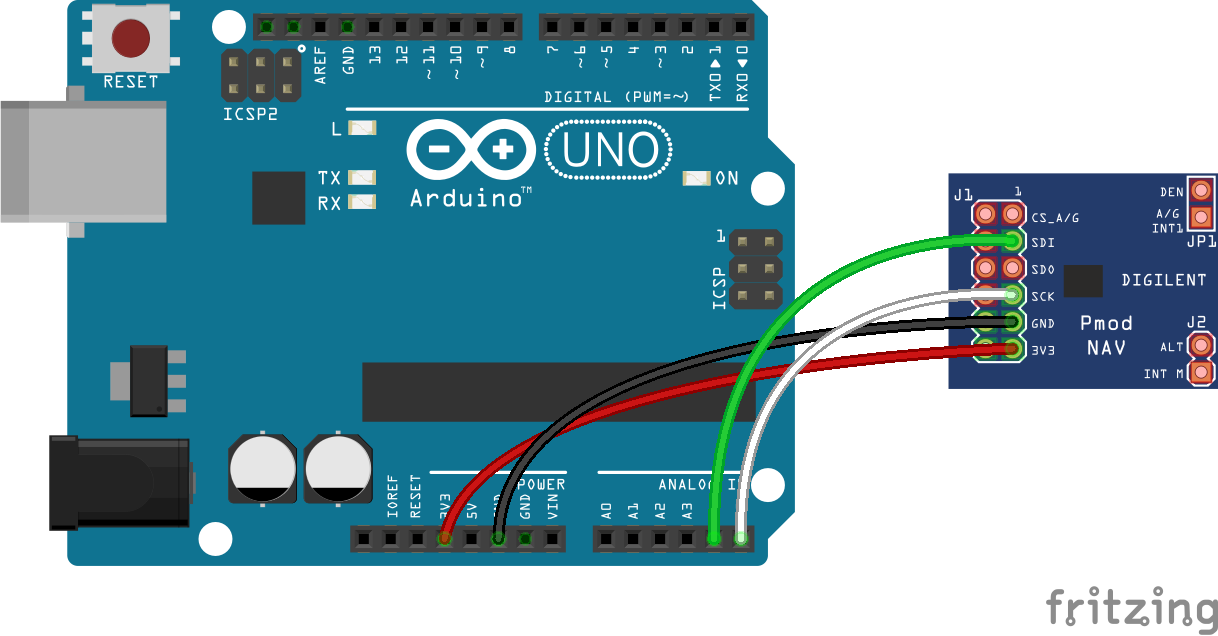 14 projects • 41 followers
I work in Digilent and like creating projects
ContactContact
Thanks to Lextronics.