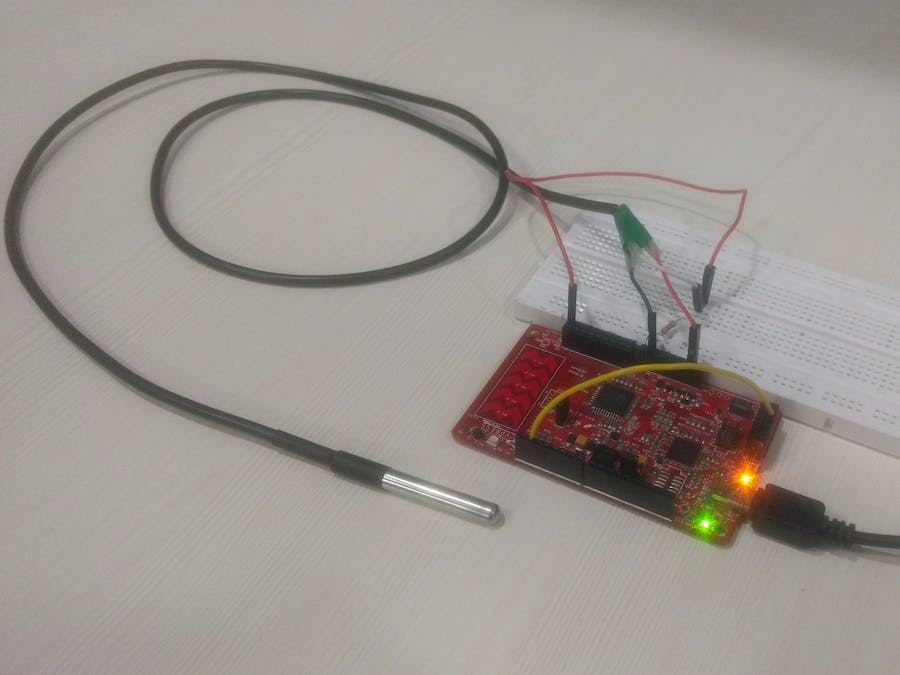 The project tries to implement DS18B20 digital thermometer interface with PSoC 4. As it is implemented using bit banging, the solution can be portable to other family devices. The DS18B20 digital thermometer provides 9-bit to 12-bit Celsius temperature and communicates over 1-wire protocol. 1-Wire is a device communications bus system that provides low-speed data, signaling, and power over a single conductor. The whole communication is done using the firmware in PSoC4 (master).

The bit banging implementation of the interface mainly takes care of the tight read and write constraints as per 1 wire protocol. The main constraints taken care in the program are,

As the one single pin acts as Tx and Rx, the pin is defined to be in bidirectional mode. The sensor connection status is shown with the help of the RGB LED in PSOC-042 pioneer kit. The receiver data is sent over UART. The USB-UART is used for this functionality. 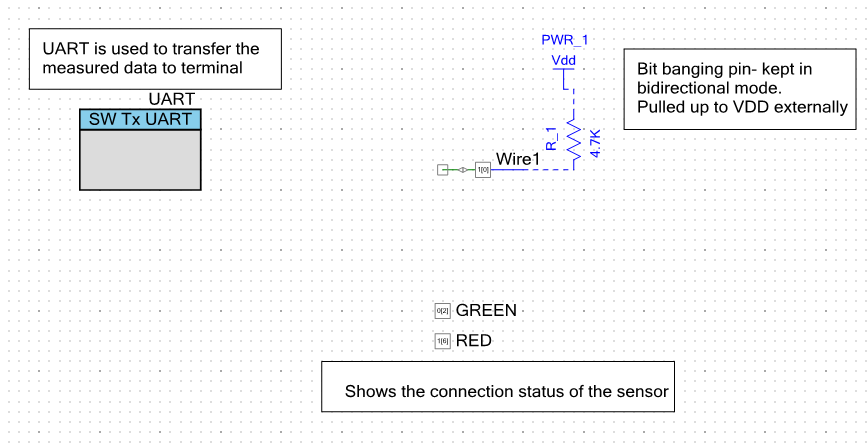 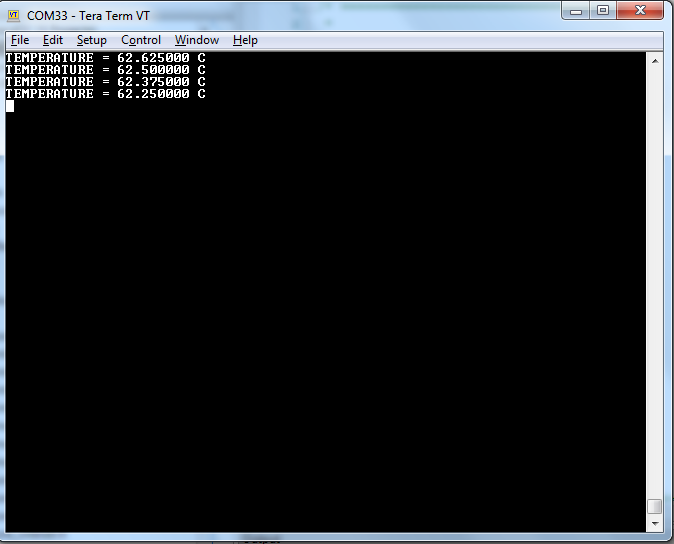 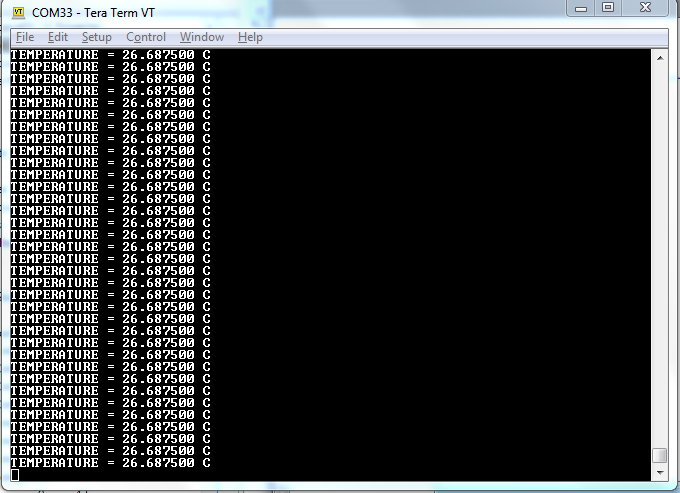