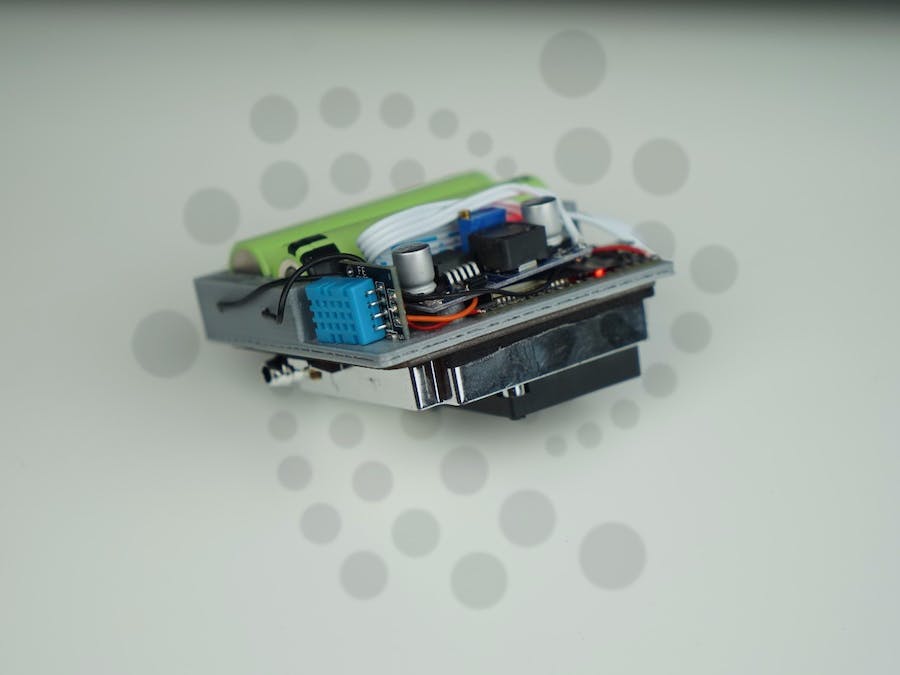 Today, it is no longer just the quality of life in the world's major metropolises that is massively restricted due to heavy pollution for the air. Global air pollution is rising rapidly. In order to raise awareness among the population and thus create acceptance and the desire for change, we developed a proof of concept for a compact mobile air quality module that can stream a wide variety of different key figures via IOTA's MAM protocol. This means, on the one hand, that the measurement of reliable air quality data is no longer the exclusive responsibility of the government bodies, but also allows for the participation of the community. By recording many individual data points on a larger scale, more reliable and transparent data collection is also guaranteed.

Our module can be easily attached to bicycles, electric scooters and other personal vehicles. This allows air quality data to be collected over large areas.

It also enables us to create new business models. Ridesharing providers for the likes of e-scooters and bikes can install this module in their vehicles. These kind of vehicles already have batteries, gps sensors and a connection to the internet. This makes it even more easy for them to add our small module. As governments as well as companies and individuals are interested they can be accessed via the IOTA Marketplace. This is done through the Masked Authenticated Messaging communication protocol which adds functionality to emit and access an encrypted data stream over the tangle. Through this it adds integrity and privacy to the valuable data.

For project deployment please check out GitHub repository and follow the instructions provided.

To make the sensors and the microcontroller portable for our PoCs, the components are powered by two 18650 batteries connected in series. Since a voltage of 5V is sufficient for the ESP as well as for all sensors, a step down module is connected in between to throttle the voltage. The SDS011 sensor, using a laser, can measure particles with a diameter of 2.5 microns or less as well as particles with a diameter of 10 microns or less. This is also referred to as fine particles.

The measured values are sent to the ESP32s via a serial interface and processed accordingly.

The temperature and humidity measured by the DHT11 are also called up by the microcontroller and packed in a corresponding JSON.

The JSON sends the data together with the specification of the MAM stream via HTTP request to the IOTA node. The root returned by this node, which can be used to access the data stream, is now converted into a QR code using a Javascript library when the ESP web server is loaded. This makes it easy to access the root address associated with the stream. The QR code and the root stored in it can now be retrieved easily with the corresponding website. After the corresponding key has been transmitted elsewhere, for example in the course of a contract, the data stream can be accessed from the time of root generation. Like you see in the video below, the use of various root addresses is responsible for different starting points if the data stream. 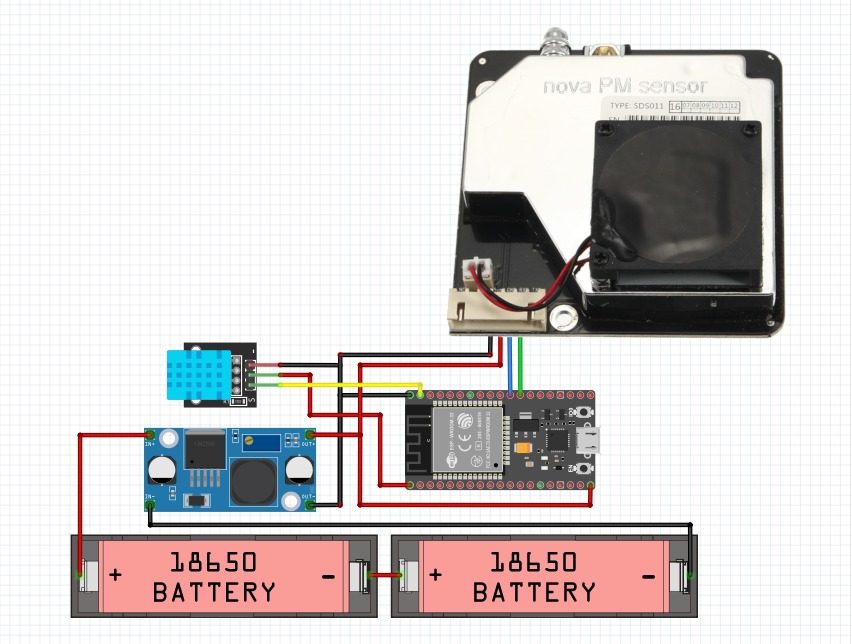