Every second should have a value.

Every second should have a value. 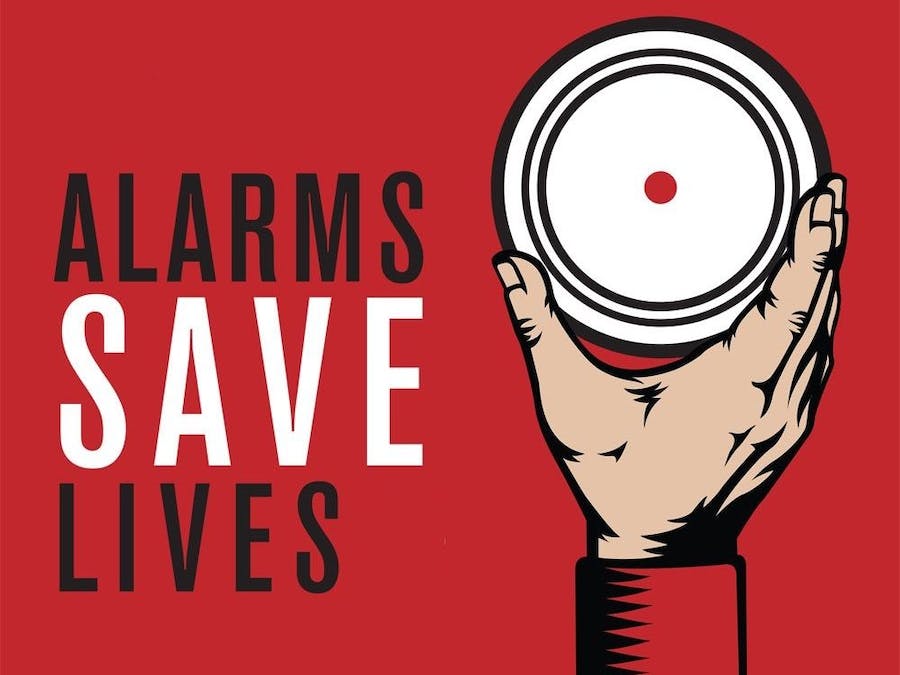 Fire Detectors play an imperative part in Businesses, Shops, Shopping centers, Private complexes, parking zones, etc. They offer assistance in identifying fire or smoke at an early stage and can offer assistance in saving lives. Commercial Fire recognizing frameworks, as a rule, have an alert flagging, with the assistance of a buzzer or Siren. I have outlined an IOT based Fire Cautioning System using Temperature and the smoke sensor which would not only signal the presence of fire in a specific preface but will moreover send related data through IoT.

It’s good to have some information as early as possible rather than afterward. The Fire can burn your house your office or any other place. Here is the solution we are going to build it for now. So it’s a simple thing anywhere if fire caught then that generates so much of smoke right and a very steep rise in temperature. Also, an LPG gas leakage in our home can cause a blast if happen. So whenever any of this going to happen it will notify us to do something to protect our selves. Also, we can initiate a siren to create an alert.

This project has some basic functionality as detecting the temperature and smoke rise in a place. Also, using both data in combination we can figure out the leakage of LPG gas. whenever any such condition occurs using Z-score analysis we receive the alert through notification and text message. Those messages have the information on what event had happened that can be a fire detection or only smoke or it’s an LPG gas leakage. We get to know through notification and text message. Besides with those alert, we receive a web app to control the siren to alert people around.

Note: For every code upload on Arduino IDE you should have to disconnect the TX and Rx pin else it will result in an error. Also, we are using the analog pin of MQ-6 sensor don’t use the digital pin leave it blank. And don’t forget to combine the ground of both boards if you use any other connection type.

Code for Sensors on Arduino IDE

There is a simple code in the setup we are calling Serial to run on 9600 baud rate. And then taking the input using analogRead() for pin A0 and A1 of Arduino.

Note: If you want to use the graphs in your project you can go through these links:https://github.com/Inventrom/boltiot-arduino-helper..

Once you can run the Arduino code then we want a python ide to write the code. You can write either in a virtual machine or your raspberry pi or in windows. I’m using it in windows Python 3.6 IDLE. You can download and read documentation to install on your system https://www.python.org/..

About libraries we are using external boltiot and requests library only. you can install both of them using pip command on terminal or cmd. For windows you can learn how to do this https://www.liquidweb.com/kb/install-pip-windows/

Apart from main code, we are also going to make one more python file i.e. configuration file where we are mentioning the bolt API key and the device id also we mention the frame rate and multiplication factor for z- analysis.

You can find both API Key and Device ID on your bolt cloud account.

Now for the main code, the logic is we have to fetch data from bolt serial so we are using the functioning bolt.serialRead('1') but going through the documentation I found that value is 10 instead of 1. Actually while using the value 10 the fetching data is not instant. While using 1 it’s an instant data fetched but with a drawback i.e. in the first iteration it will fetch a bunch of combined data. After getting the data from serial we have to make it in the correct form in my case I’m getting data as {‘value’:’546\n45\n’, ’ success’:’1’} so I need to extract it. So I first converted it into JSON data then using list(data['value'].split("\n")) I get the list so at index 0 I have sensor value of first and at index 1 it’s for the second one.

The assessment of the Z-score is used to detect anomalies. The anomaly here implies that the value of a variable (temperature or gas value) exceeds a certain value variety. The value range is referred to as boundaries (upper and lower bound). We use the upper limit only to detect the fire warning. The input values, frame size, and multiplication factor are used to calculate these boundaries. The frame size is the minimum number of input values needed for the Z-score analysis and the multiplication factor determines the proximity of the bounds to the input values curve.

Given above is the formula to calculate the bounds. Here the input is represented as 'Vi', 'r' denotes the frame size and 'C' is the multiplication factor. Firstly we calculate the mean (Mn) of the input values (for every new input, the mean is calculated again). But wait we have 2 sensor value that means we have to use if the statement of other sensors. Or for both sensor, we have to analyze it separately. We can do it in a better way we can add up the sensor value and then go for analysis. The variation of input value (from the mean) is given as (Vi - Mn)^2. The Z-score (Zn) is calculated as shown above ( square root of the mean of the variation of each input value multiplied by the multiplication factor). The bounds are represented as 'Tn' and the upper bound is calculated as (Vi + Zn) and the lower bound is calculated as (Vi - Zn).The frame size and multiplication factor are determined using the trial-and-error method.

So for combined analysis, we have to match the data rise accordingly it will not work if our one data is a rise in multiple of 10 and other in multiples of 1.

You have to make them a little bit closer. Let suppose in this project the temperature rise in multiple of 1 i.e. 34, 35, 36 but gas sensor rise as 100, 120, 150 so we going to multiply the temperature data to a constant according to our project.

Now when we have calculated the upper bound we are going to compare it with a combined value that is the sum of both sensor value. If it is an anomaly we will call the alert function. And through that, we will make a web request for integromat scenario. Which will send the notification and text message to our device which generates the current situation according to the condition mentioned in the scenario.

You can find the link for making web request trigger while clicking on the webhook and copy the address and past it in the main.py code. Also with every node there is a online help hypertext so you can refer from it how to use as shown above.

The web app is being designed with the bubble.io. It’s a very reliable and easy to make any web with free hosting. I have used the template of the bolt by Yashwant naik and then modified it according to project need. You can go through the detailed documentation from https://docs.boltiot.com/docs/introduction-1.

A web app to control pin
It will notify if your device is offline.
Read more 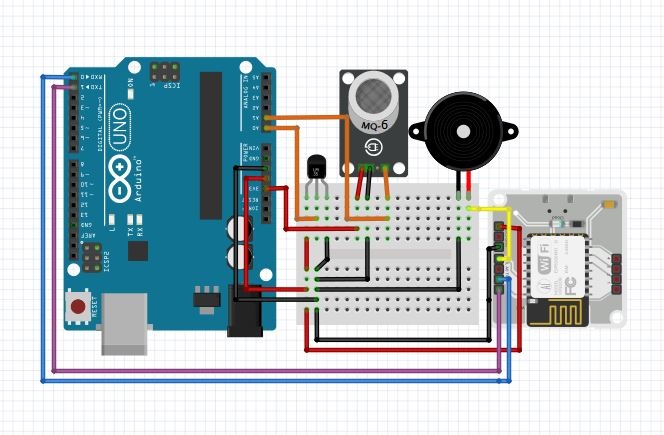