A Google Script to pull your Ubidots data into a Google Sheet document, so you can do further analysis

Get Ubidots data from Google Sheets

Get Ubidots data from Google Sheets

A Google Script to pull your Ubidots data into a Google Sheet document, so you can do further analysis 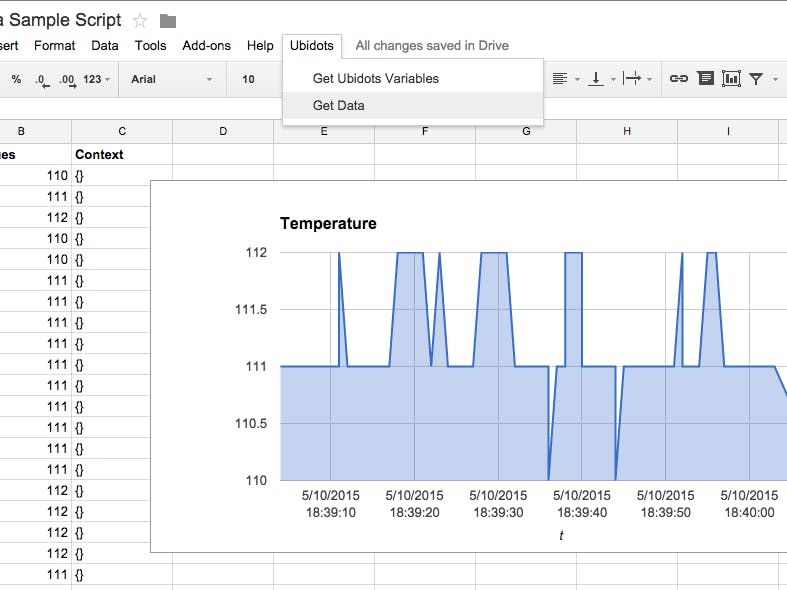 Last weekend I hacked a project at the Boston Hardware Weekend to detect when someone connects to the WiFi network using a packet Sniffer. Then I thought it would be cool to keep this data in a Google Spreadsheet, so I could know who arrived when, and add other additional information like the employee name, etc.

Fortunately, Google has something called Google Apps Script which  allows you to automate certain data extraction/pushing tasks with little code.

After playing with it for a while, I wrote this example to help you:

Create a Google Sheet and add two sheets to it with these names:

From your Google Sheet, click on "Tools" then "Script Editor...", then "Blank Project":

Add the code below (in the code section) to the script.