SBC w/ bluetooth, a cell modem, and a gps, build a cheap portable scanner for the automatic detection and reporting credit card skimmers.

SBC w/ bluetooth, a cell modem, and a gps, build a cheap portable scanner for the automatic detection and reporting credit card skimmers. 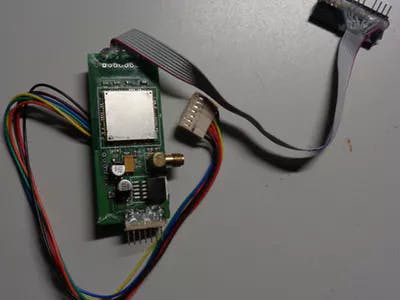 Inspired by the Sparkfun gas pump skimmer app, but frustrated with the need to manually run the app whenever I pull into a gas station, I wanted to create a stand alone skimmer detector that is cheap to deploy and reports to a publicly visible location.

First things first, I needed a skimmer to test against, since I wasn't crazy about ordering a functional skimmer and getting myself on a watch list I decided it would be easy enough to simulate a skimmer with an Arduino UNO and an HC-05 bluetooth module I had sitting around. I lucked out and the HC-05 I have is 5v tolerant, so after connecting vcc to 5v, gnd to gnd, tx to d0, and rx to d1 I loaded the following sketch on the uno and like magic I had a virtual skimmer. At least a one capable of fooling the gas pump skimmer app.

I initially considered using a Raspberry Pi Zero W, but decided that the C.H.I.P., with it's built in battery manager and tools, would be a more stable device for running in a car.

After doing a quick OS update+factory reset on the CHIP, I attached my battery and started setting up the environment. The basic steps needed to prepare the CHIP for use with the nova are: