Hack one of these receipts thermal printers to print photographs taken on the fly. Do this using a purely functional language like Haskell

Hack one of these receipts thermal printers to print photographs taken on the fly. Do this using a purely functional language like Haskell 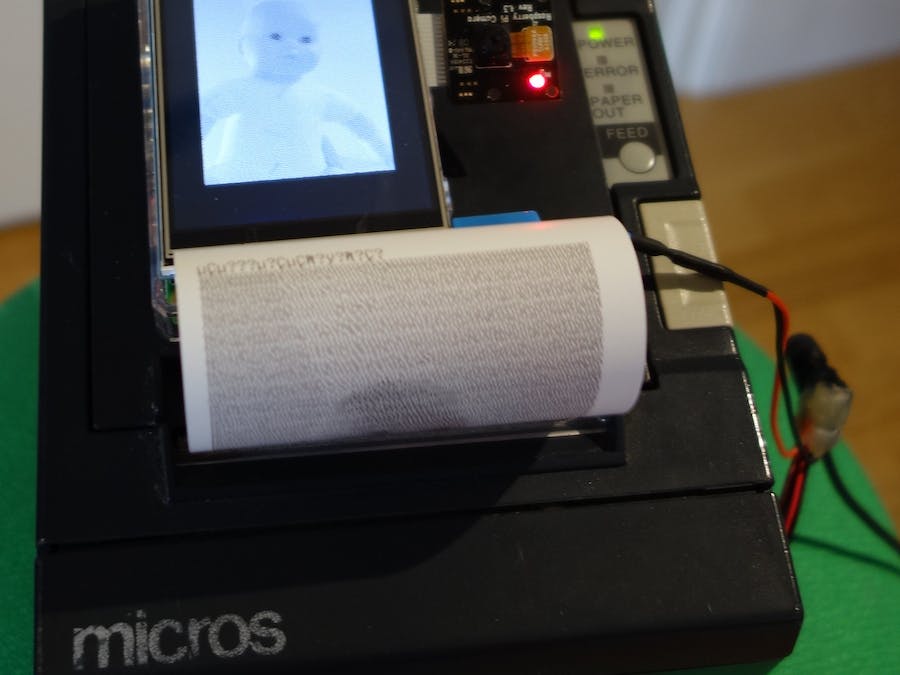 As soon as I finished my previous project, I knew I could improve it…
With pictures, of course ! And also take them on the fly, like in a photo booth…
Why use Haskell to generate pictures on the printer ? Just because Functors, Applicatives and Monads are obscurely cool… 🙂

By the way, I still had to throw in there a small Python script to run the show by capturing images from the camera, displaying them on the screen and listening for clicks on the tactile display.
As much as I love Haskell, several days of struggle didn’t yield much for capturing the video stream from a webcam in general and the Pi camera in particular.
A few proof of concept libraries, not updated in years, are no match for the Python ones, which proves again that what matters is not really how “good” a programming language is, but its ecosystem !

Similarly for Arduino, it doesn’t matter if the hardware / boards themselves are better or cheaper than others, what makes it so popular is the ecosystem, including the countless libraries and easy support available online !

Anyhow, please check out (and of course contribute is you feel so inclined) the code for yourself.

The bits that took some time on this projects were: