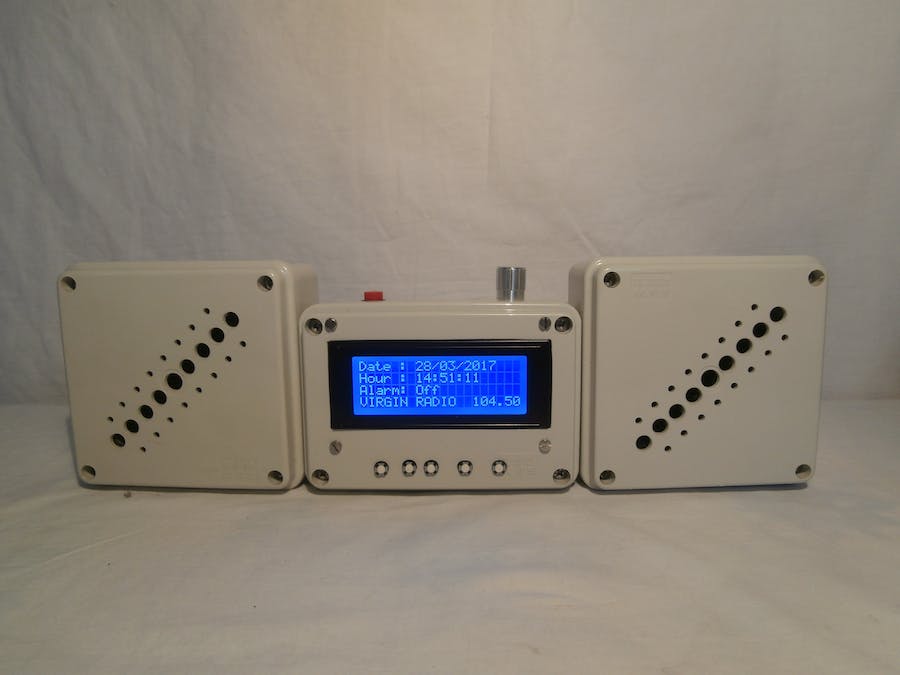 This is the evolution of the "Alarm Clock" (https://create.arduino.cc/projecthub/Tittiamo/alarm-clock-f61bad) with the addition of the radio (TEA 5767)

Navigating the Web I found a beautiful project of an FM radio with Arduino (https://www.instructables.com/id/Make-an-Arduino-FM-Radio-using-TEA5767/#CLPEZERIX0PVJW6), and since I like music I decided to update my "Alarm Clock".

I took a lot of inspiration from the project "erik12892" but I also made several changes.

• P5 to change stored stations, I have only entered 4, but you can increase, it by changing the code a bit

• P6 since the TEA 5767 card consumes very little current, has been used to turn the radio on or off via Arduino, in order to use an auxiliary input (mp3, phone, etc.)

To change the radio frequency, use the buttons P2 = More, and P3 = Less.

To stay low with the measurements, I built an Arduino Standalone.

I enclose the electrical diagram, the Fritzing scheme and the PCB drawn in EXCEL.

The speakers were recovered from an old cathode-ray monitor

The 3 boxes have been joined by cable glands and M3 screws.

Before building the PCB, and putting it all in the box, I did several tests with the prototype chopping board.

Three wires were welded to the amplifier to be connected to the TEA 5767 to respective L, R, and GRD

Arduino, TEA5767, Amplifier, Buttons, and Display, everything was assembled as from attached pictures. 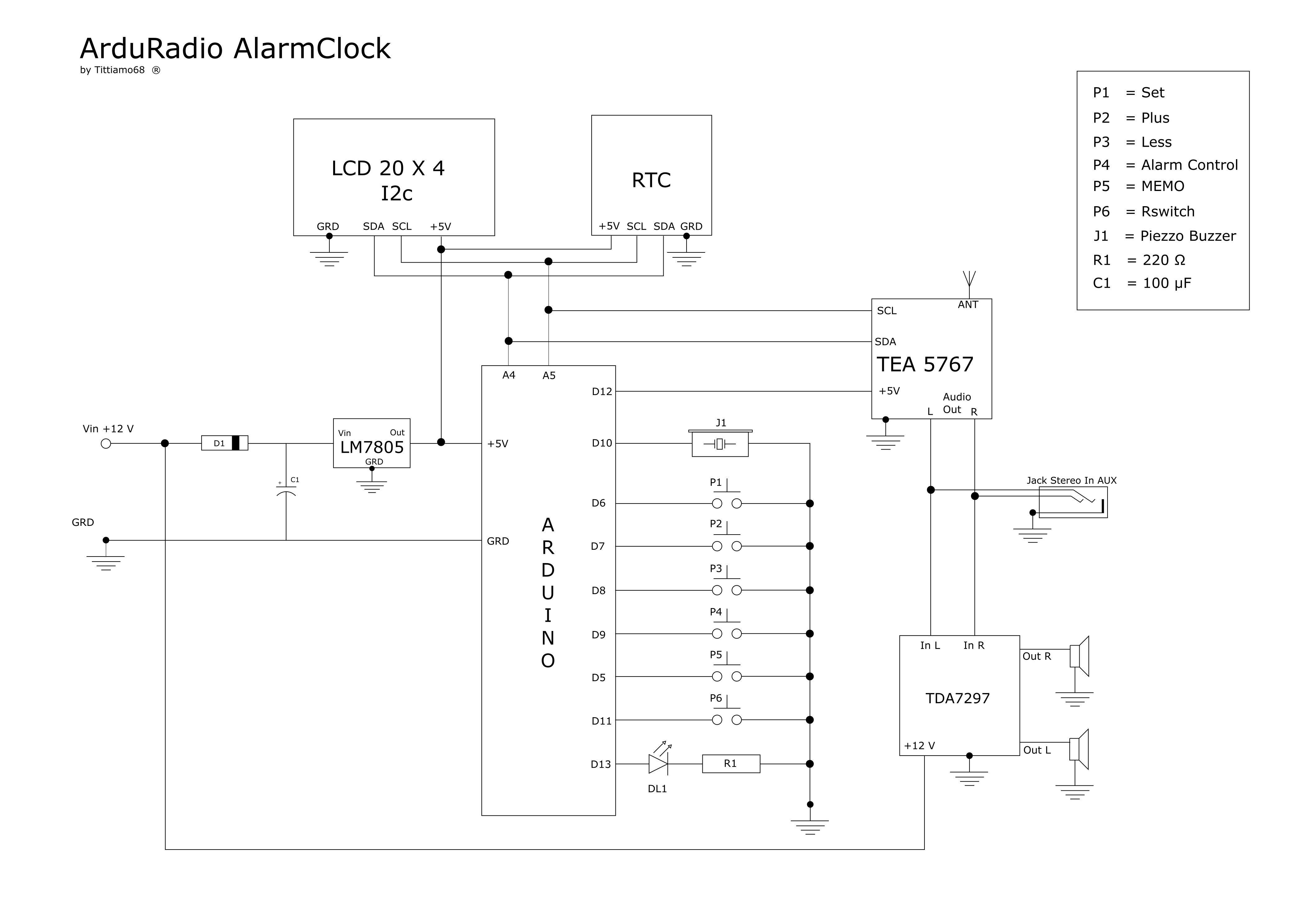