with the Raspberry Pi, my very own IR LED shield and the Cypress Board I want to build a neat garden cam.

with the Raspberry Pi, my very own IR LED shield and the Cypress Board I want to build a neat garden cam. 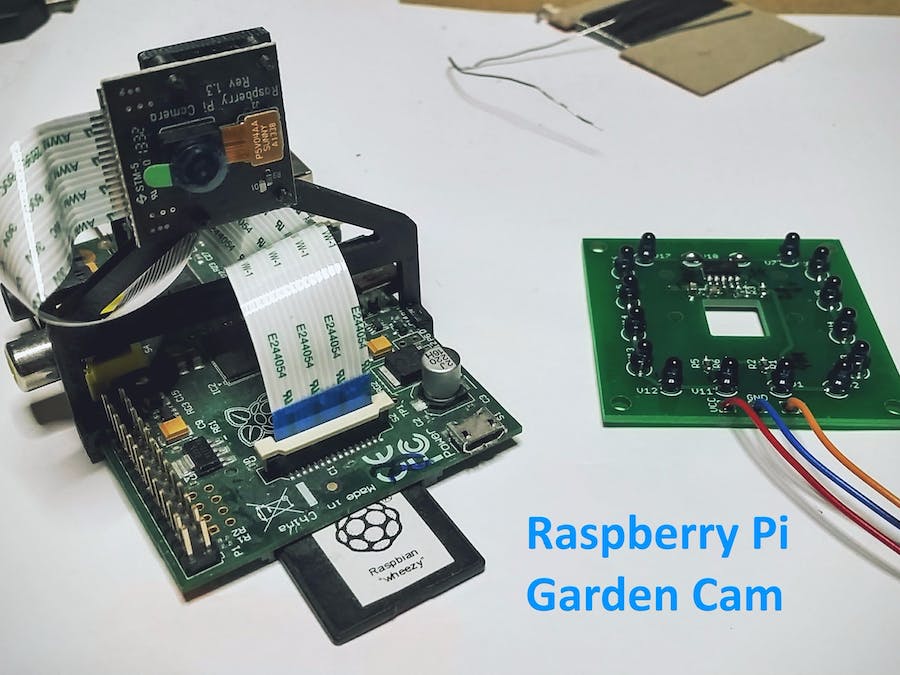 long before this contest I came up with the idea to build a trail cam for my garden. Lots of animals seam to be around while I am sleeping at night, like hedgehogs and martens.

So in order to see something at night with the IR camera of the raspberry pi I had to install some IR leds. So I build my own IR LED shield. The cutout in the middle is for the camera.

In this contest I want to develop the idea of an trail cam even further.

I want to use the Cypress board sensor data to display it on the captured images. So on the one hand I can use it as a trail cam, but also as a kind of weather station, showing the outside temperatures and humidity on the images.

The images can be wirelessly send to my phone via wifi.

I have designed a 3D model for the IR CAM Pi Shield in the tool DesignSpark Mechanical.

Here you can see it fully assembled: