Use a Raspberry Pi to stream almost any game to Twitch with the push of a button!

Use a Raspberry Pi to stream almost any game to Twitch with the push of a button! 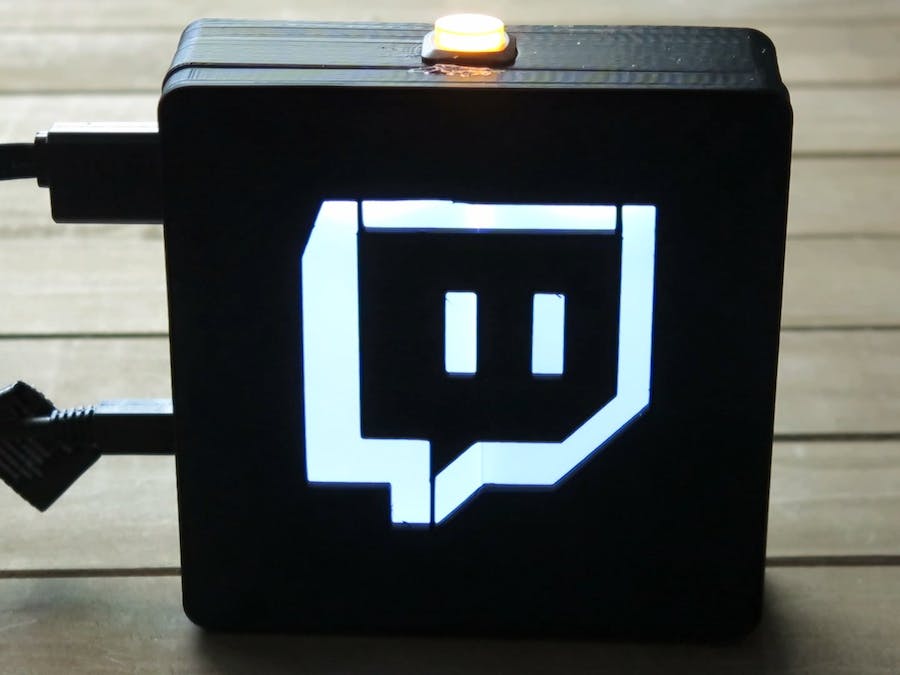 Originally this project spawned from the idea of recording output from a Canon EOS camera to a Raspberry Pi. The hurtle to overcome was finding out how to decently input video into the Raspberry Pi. So after roaming the halls of Google for a few hours, I stumbled across this amazing HDMI to CSI-2 adapter by Auvidea. Since HD video requires too much bandwidth to transfer through the Raspberry PI's USB 2.0 offerings, it uses the CSI-2 camera interface instead to capture any video from an HDMI source. I though this was such a nifty little device, that I immediately thought of dozens of other use cases than capturing video from a camera. One of those ideas was to use it for easily streaming game consoles to Twitch, which is what this project is about.

For this project, I'm using a Raspberry Pi Zero W. Mine is one with headers, but headers are not required. As with every Pi project, the first step is setting it up. I'm sure most of you have done it so many times, but for propriety sake, here are the steps again.

Start with an 8gb or higher SD card, load it into your computer and download the newest Raspbian OS. Then use Etcher to burn it to your SD card. When it's done, you can remove it from your computer and insert it into the SD card slot on the Pi. Then plug in a monitor, keyboard, mouse, and finally a power cable.

When you see the Desktop, the first thing you want to do is connect to your Wifi, so click on the Wifi icon in the upper right corner and select your Wireless Name and enter the password if there is one. Then right click on the same Wifi icon and select "Wired and Wireless Network setting" and enter in an unused static IP address for your Pi so that we can connect to it later.

Finally, you want to click on the main menu icon and select "Preferences > Raspberry Pi Configuration". Click on the "Interfaces" tab and make sure both Camera and SSH are enabled. Then save and reboot.

The Auvidea website offers several different HDMI to CSI-2 bridges, but there are only two that you'd be interested in if you're wanting to do what this project does:

And here's a link to their technical reference manual. Are they expensive? yes. But HD streaming video capture cards are more expensive. All you have to do is connect it to the CSI-2 camera port on the Raspberry Pi. If you've used a Raspberry Pi Camera board, you already know how to do this.

Both versions support HDMI audio, but the audio is split out to the GPIO pins. Here's a good post on how to get it set up, and you can find the pinouts on the HDMI bridge using the technical reference manual I linked to above. However, I ended up abandoning the audio input for now, primarily because I may end up using a USB microphone for audio output instead.

To connect the adapter, you basically just use it like you would a Raspberry Pi Camera board. The simplest way to test it out is by connecting an HDMI source and then using Raspivid to capture 10 seconds of video.

At this point, you could even stream the HDMI source to Twitch! Assuming you have a Twitch account, and have copied your Twitch stream key, just install AVconv (or FFMpeg, but it it takes 10x longer) and use the code below to stream to Twitch!

If all goes well, you should see the stream on your Twitch page!

If all you wanted to have was the basics of streaming to Twitch using a Raspberry Pi, then you could probably stop here, but I wanted to take it further and turn this concept into a Twitch streaming box! I mean, Raspberry Pi's are capable of so much more, so why not?

The idea is to have a box with a button on top that when you press it, it immediately starts streaming to Twitch. I decided to go with a 16mm light up latching switch from Adafruit.

Then I also thought it'd be cool to have a backlit Twitch logo that activates when video is streaming. So I got two LED backlight panels from Adafruit as well.

So now let's connect it all up to the Raspberry Pi. As you can see in the image above, since the light panels are LED's, I soldered a 330ohm resistor to each of them.

Then I grabbed a breadboard, some jumper wires and started connecting everything up. Here's a diagram of what I ended up with

Without a program to tell it what to do, the buttons and lights will just sit there and not do anything. So let's make a program called "twitch_stream.py" (also available on Github) that enables a Twitch stream whenever we press the button, and then turns on the LED backlights. Then when the button is pressed again, everything turns off.

Where it says "Enter your private key here", that is where you want to enter your Twitch streaming key. Once that's done, save it, plug in an HDMI source (like a gaming console) into the HDMI port and run it with this command:

Then if you press the button again, the stream stops and the lights turn off! Assuming everything functioned accordingly, the next step for the program is to make it executable and it to the Pi's rc.local file so it autostarts.

With all the components working, all that's left to do is to put it all together in a nice neat little package. I ended up taking measurements of all the different components and importing them into Tinkercad where I designed a case to house them all.

After printing the design out on a 3D printer, I began hot-gluing everything into place. I glued the backlight panels on the lid behind the Twitch logo, and I hot glued a micro-usb extension cable from the Pi to an outlet on the side of the casing.

In order to connect the HDMI output to the Twitch-O-Matic and a TV, you'll need an HDMI splitter. These are nomrally less than $20 on Amazon. With everything powered up and connected, whenever you want to start streaming your game to Twitch, just push the button!

6 projects • 180 followers
I am a retro-modern perpetual beta-tester.
ContactContact