This tutorial will guide you to control a micro quadcopter by sending commands from a PC.

This tutorial will guide you to control a micro quadcopter by sending commands from a PC. 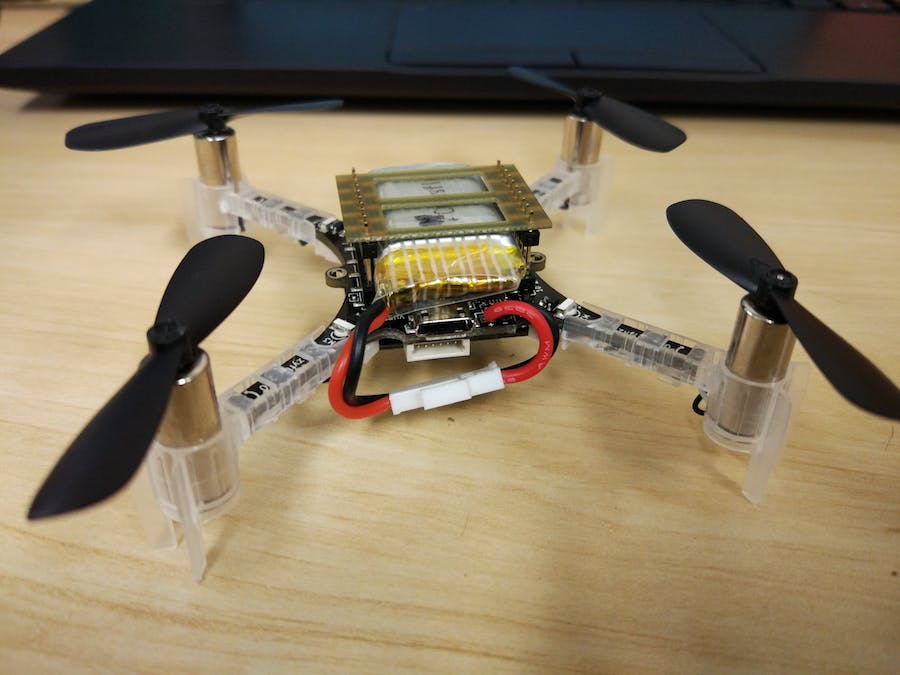 Quadcopters have been the most popular flying machine so far. Most of the people buy commercially available Ready to Fly quadcopters to train their selves to fly. As the next step they try to build their own quadcopter using frames, motors, flight controllers etc. Further, there are many tutorials, books on building your own quadcopter. Therefore, most of the electronic hobbyists know how to build a quadcopter by assembling the necessary components.

The most common problem with building autonomous quadcopters is the time takes to develop the stabilizing algorithm. Many people give up on their projects because of this reason. If we can tune our quadcopter to hover at one place???

For further help or to get your projects done by me, please contact me HERE!!!

"CrazyFlie" is an opensource quadcopter development platform. This is one of the best platforms I have used so far. With this, you can start building your own autonomous flying machines in your own way. Following video shows the capability of the CrazyFlie to hover at one place.

To begin, we need following items.

Flow deck contains a flow sensor and a ToF sensor.

To find more about the flow deck, check the following link. It shows how to use the flow deck in the manual flying mode. I'm not gonna explain it here as we are focusing on autonomous flying.

Mainly there are 2 ways to program the CF for an autonomous flying.

In this method we upload our code file to the CF memory and it generates navigation commands inside the microcontroller.

Navigations commands are generated in PC and sent to the CF through the Crazy Radio module. The CF is capable of establish a 2 way communication to receive navigation commands and send log data to PC.

In this tutorial let's focus on the second method. I would suggest to use Ubuntu here onwards, as it's easy to configure the CF library.

Then clone the following repository to your PC.

The readme file contains the commands and instructions on configuring the radio module. Please follow them before proceeding to the next steps.

Let's run an example code to test the CF.

This is the main code line which sends the control commands to the CF. Four variable values can be defined as shown in the above code. All variables can be either positive or negative except the height. If you set the forward velocity to -0.5, the CF will move backwards.

In "flowsequenceSync.py" code first for loop is used to take off the CF from the ground level.

This code will increase the height gradually from 0 to 0.4 meters. Following loop is used to hover at a certain height, in this case at 0.4m.

Following loop will do several tasks. It will command the CF to move forward while rotating the body.

As we don't need a side velocity in here it is set to 0. The very important thing is to keep the height as same as the previous command. If we set it to 0, the CF will land.

I would suggest you to try some random movements by changing these values and commands.

I will update the post with a guide on navigating the CF based on sensor inputs in near future. I hope you enjoyed this tutorial.