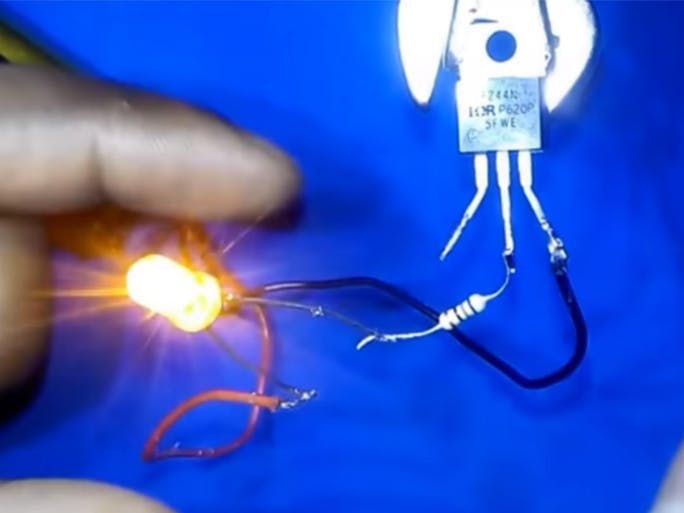 We have already created a touch switch using an NPN transistor. But that switch only had one function to turn ON the circuit but no way to turn OFF the circuit without disconnecting the power. In this circuit, we are going to build a touch switch that has both ON and OFF functions. We are going to use an N-Channel MOSFET transistor named IRFZ44 to this circuit. You can see the pinout and the physical appearance of the IRFZ44 transistor in the below image.

We will need the following components to build this circuit. All these components are given with links from https://www.utsource.net. So, you can order the components easily.

There are only three components in this circuit. We can use copper plates as the touchpads. These pads should have a few mm space between them.

Step 2: Solder 68Ω resistors to the drain pin of the IRFz44 MOSFET.

Step 3: Connect the LED and the power connector as shown in the circuit diagram.

Step 4: The circuit is now ready you can connect a battery and test the circuit.

This circuit can be used for various projects where touch on-off control is needed. Such as table lamps, lighting systems, etc.