An IoT connected, interactive Valentine's day wreath which responds when people come close and keeps track of how many people came close!

A Valentine's Day Wreath That Responds to You

A Valentine's Day Wreath That Responds to You

An IoT connected, interactive Valentine's day wreath which responds when people come close and keeps track of how many people came close! 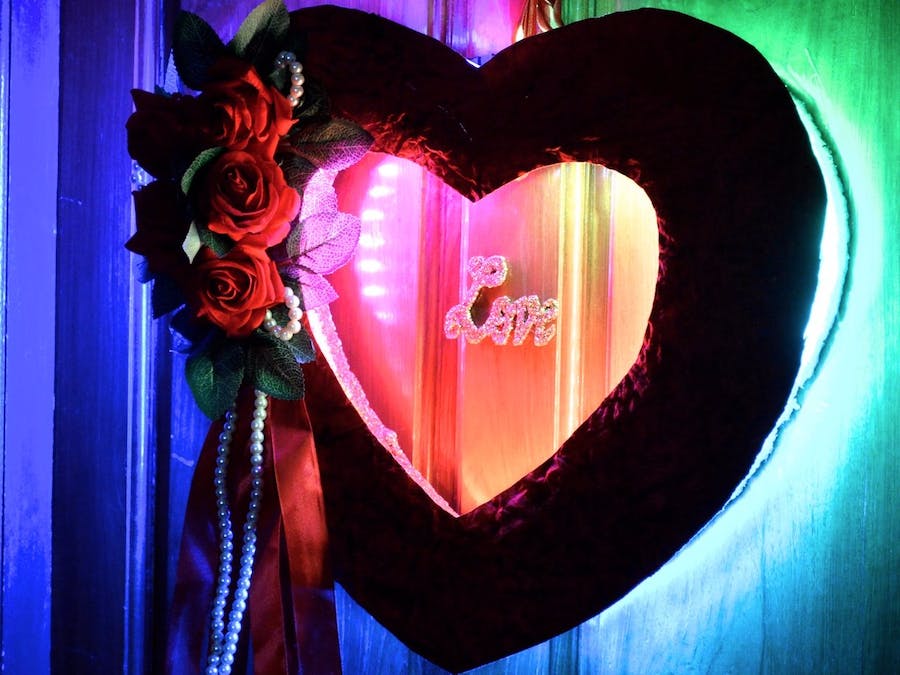 Valentine's day is right around the corner and love is in the air ! What could be more fitting at this time than an interactive Valentine's wreath that is also IOT connected ? With all the IOT-connected cat and fish feeders in the world, this seems like the perfect addition to the IOT devices list.

We made a Valentine's day wreath, in the shape of a heart no less, that responds when people come closer. As the person comes closer and closer, the lights start "beating" faster and faster.

We used the new ProtoCentral Kalam v3 IOT platform based on the ultra low-cost ESP8266 chip from Espressif. This board combines a microcontroller and Wi-Fi along with power and battery for a complete system on one board. This board, combined with the Arduino IDE makes it one easy-to-use while still powerful IOT workhorse.

Kalam IOT platform as the "brains" of the project

We used the VL53L0X Laser ToF sensor breakout board from ProtoCentral, connected to the Kalam board through a two-wire I2C interface. The VL53L0X from ST Micro provides very accurate distance readings based on the Laser time-of-flight technique, which are better than ultrasonic sensors for obstacle distance measurement. The sensor is attached to one of the tassels hanging from the wreath.

The output is through 60 LEDs/meter WS2812B LED strips, that are compatible with Adafruit's Neopixel library. These are individually addressable LEDs, allowing you to create multiple cool light patterns and sequences with simple code and control the entire strip of LEDs with one single pin of a microcontroller.

The wreath "pulses" in a Rainbow color pattern when no one is around and the wreath is just chilling-out by itself.

When no one is around

When it detects people coming closer than 1 meter from the sensor, it gets excited, the color changes to red and it starts "beating". The beating becomes faster and faster as the person goes closer to the wreath. The beating stops once the person withdraws.

When it detects the presence of people

The IOT function is fulfilled by the Kalam v3 board which has built-in Wi-Fi capability. The code running on the Kalam's processor sends data to the Thingspeak IOT cloud platform from Mathworks. This data contains the number of times of people came close and "liked" the wreath.

In addition, through Thingspeak's twitter integration APIs, we also post a message on twitter (@protocentralIOT) that someone liked us :). Makes us look more sociable than we already are.

This project was a demonstration of how new sensing techniques can make technology more interactive and connected and how IOT can help you track user engagement by novel methods. Hopefully, the concepts presented would be used in more useful ways.

1 project • 0 followers
ContactContact
Thanks to Reeza Roland and Joseph Whitchurh.