Voice command allow us to use the devices instead of bulky custom controllers interfaces.Interactive system makes the system more effective.

Voice command allow us to use the devices instead of bulky custom controllers interfaces.Interactive system makes the system more effective. 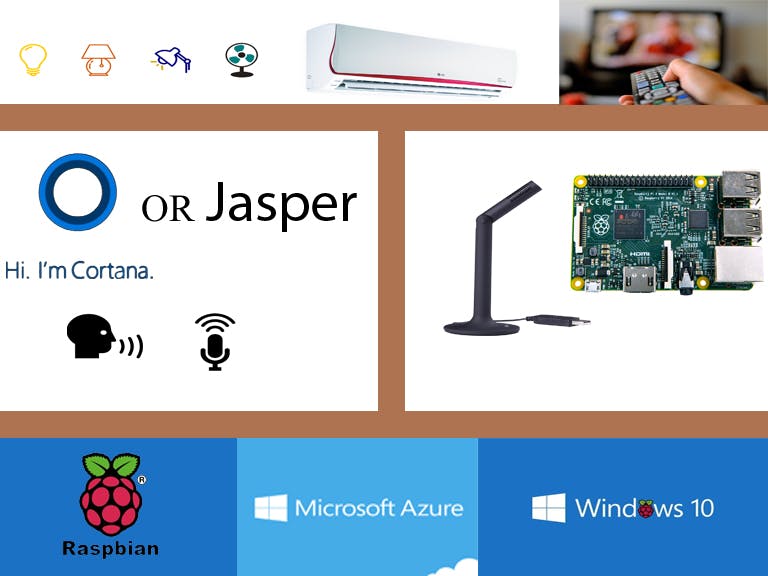 For voice recognition we are using JASPER/CORTANA speech and text API’s. Keyword spotting is one way to improve accuracy. If you can spot a control keyword, which means that what follows is a command or request, it is much easier to translate the small segment of speech that follows.

The Raspberry Pi will act as the brains and the gateway of operations – it will run a Node app,In windows 10 IoT. The microphones for voice detection will be placed near the human voice appearence spots.

After hearing its keyword or name, the Voice Command will prompt for an instruction by default saying "Yes sir". It will then attempt to process whatever you say depending on how it’s configured.

This can replace home automation using smart phones. And this is more efficient than Smartphone controlled automations.

2 projects • 12 followers
I am a Fourth Year B.Tech Student in Kerala.I like to create IoT devices.
ContactContact
Thanks to Abhirami N.U., Amenda Eliza Paily, Bineesh M, and Blessy Alexander.