A spiffy new benchtop power supply from a junked PC and an ATX breakout board.

A spiffy new benchtop power supply from a junked PC and an ATX breakout board. 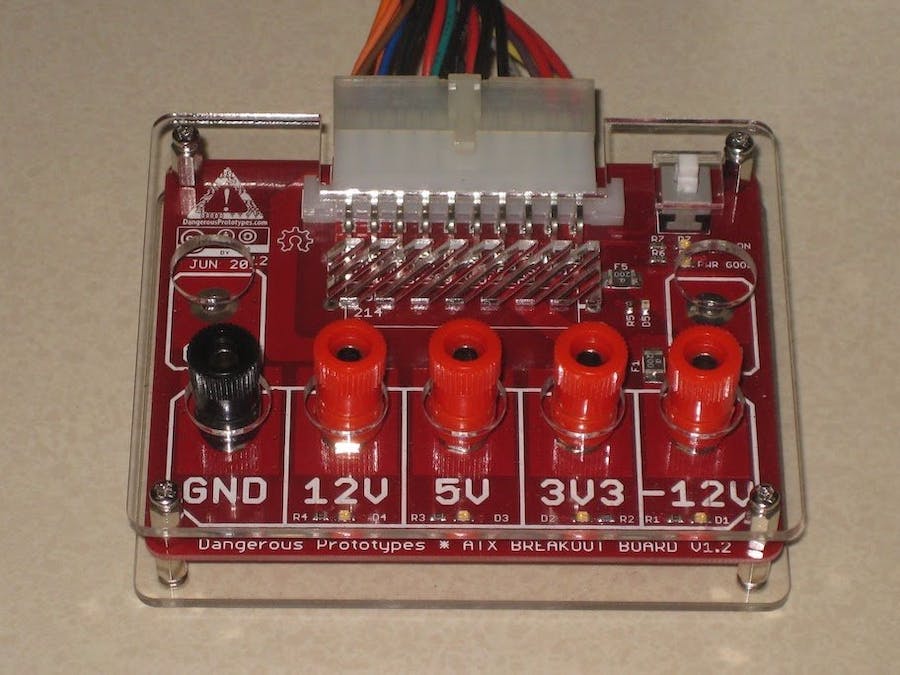 A couple of years ago I followed instructions that I had found on the internet to convert an ATX power supply for benchtop use. I spent an afternoon sorting bundles of wires, attaching crimp eyes, drilling holes for screw terminals, and installing a toggle switch. It was ugly as a robber's dog, but worked rather well until it committed suicide by inhalation of HCl fumes when I abused it for an electrolysis application. (Sad monkey face.)

Fortunately today, this very day, I was in luck. A neighbour had decided that this fine machine was fit only for landfill. I wombled it from the side of the road, and sure enough it had a perfectly serviceable power supply inside. This time the build was going to be so much easier. I had the great fortune to win an ATX breakout board from Dangerous Prototypes in the 7400 logic competition. Once I had liberated the power supply from the PC tower, the work of 4 minutes 59 seconds, I simply plugged the large connector into the back of the PCB. It literally took me longer to find the "ON" switch.

The PCB looked great housed in a spiffy acrylic case from from Seeedstudio. I was sure it wouldn't attract any fingerprints, at all.

So now I had a replacement benchtop power supply a good deal quicker and better looking than the first time around. Let's hope that I can give it an easier life.