Rebuilding the game, so you can waste IOTA coins too.

Rebuilding the game, so you can waste IOTA coins too. 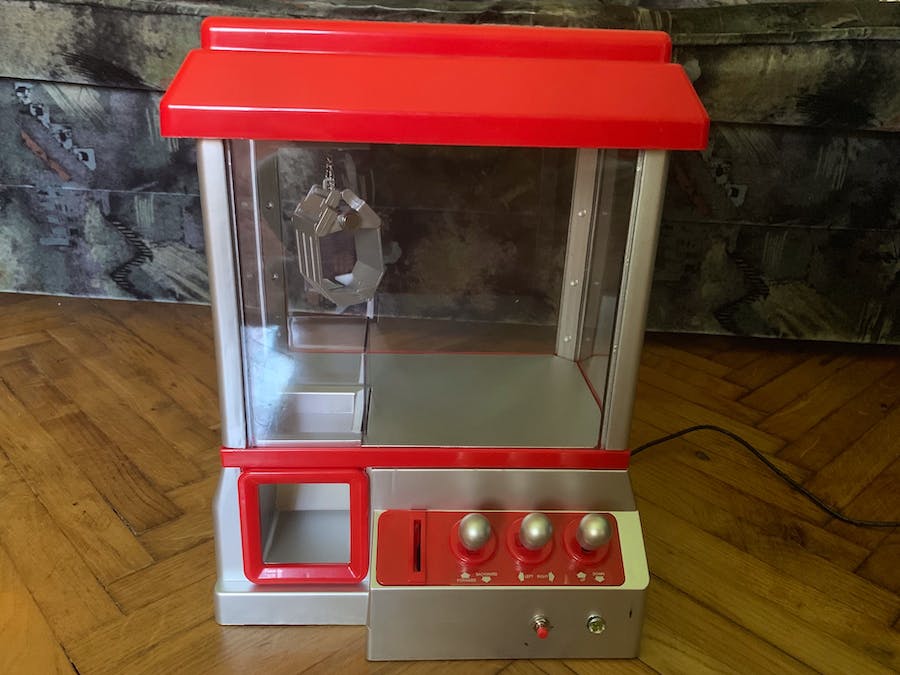 A few weeks back I got a functioning mini version of the popular UFO Catcher game (or Crane Game or Claw Machine). If you haven't seen any yet, it is a simple arcade game, where after you insert a coin you have a limited time while you can control a claw to get a toy.

The one I got is a very basic one: you have three handles to move the crane on all three dimensions. When you insert a coin, it pushes a button, starting the game. For power it uses three D batteries.

For this project I modified in two ways: instead of physical coins it uses IOTA to start a new round and a switched the batteries with a power supply allowing it to buy power for itself with IOTA. The raw schematics of it is the fallowing:

In the next sections I will show how I achieved it.

Swapping the batteries with a power supply

Originally it used three serially connected D batteries, which made very simple to be replaced with a power supply, as it produces arround 4, 5V. It is close to a standard 5V power supply (I used an old phone charger). I also removed the on-off switch, as I didn't need it anymore.

If you really want to play safe, you can insert a diode, as is lowers the voltage from 5V to around 4, 5V.

As the toy was intended to be used the included plastic tokens, the coin acceptor uses a very simple mechanism:

Basically if you insert a coin, it pushes a momentary switch, sending an impulse to the processing module. To replace this I used a relay connected to one of the GPIO ports of the Raspberry Pi. I have also added a led to indicate if there is a paid round available and a button to start the game (if funds are available).

To test the setup, you can use the following code:

You can now run it with the code bellow:

To be able to control the power usage of the game I built a simple switch using a Raspberry Pi and a relay:

Paying for a game with IOTA

With all hardware modifications set, it was time to implement the feature to pay for the game with IOTA coins. For this I used ZMQ.

First I had to subscribe the 'tx' channel, where the transactions are broadcasted.

To check incoming transactions, I used the following code:

This check the address and tag to locate the right transactions and increases the balance with the coins paid.

I have also moved the code waiting for button press to a new thread to enable parallel processing.

The thread can be started with the

I have also created a new thread to periodically pay for the power consumption to the power switch.

The final step was paying for the power used by the arcade. I have made only a simple version of it, as it is not main part of the project.

I does two things: periodically checks the balance, adding the change to the remaining paid time, and cuts power if no paid time is remaining.

It was a very exciting project to work on. Although it is just a simple prototype making a toy "smarter", but gave me a great insight into the thoughts behind the IOTA framework.

As closure here is the finished project in work: 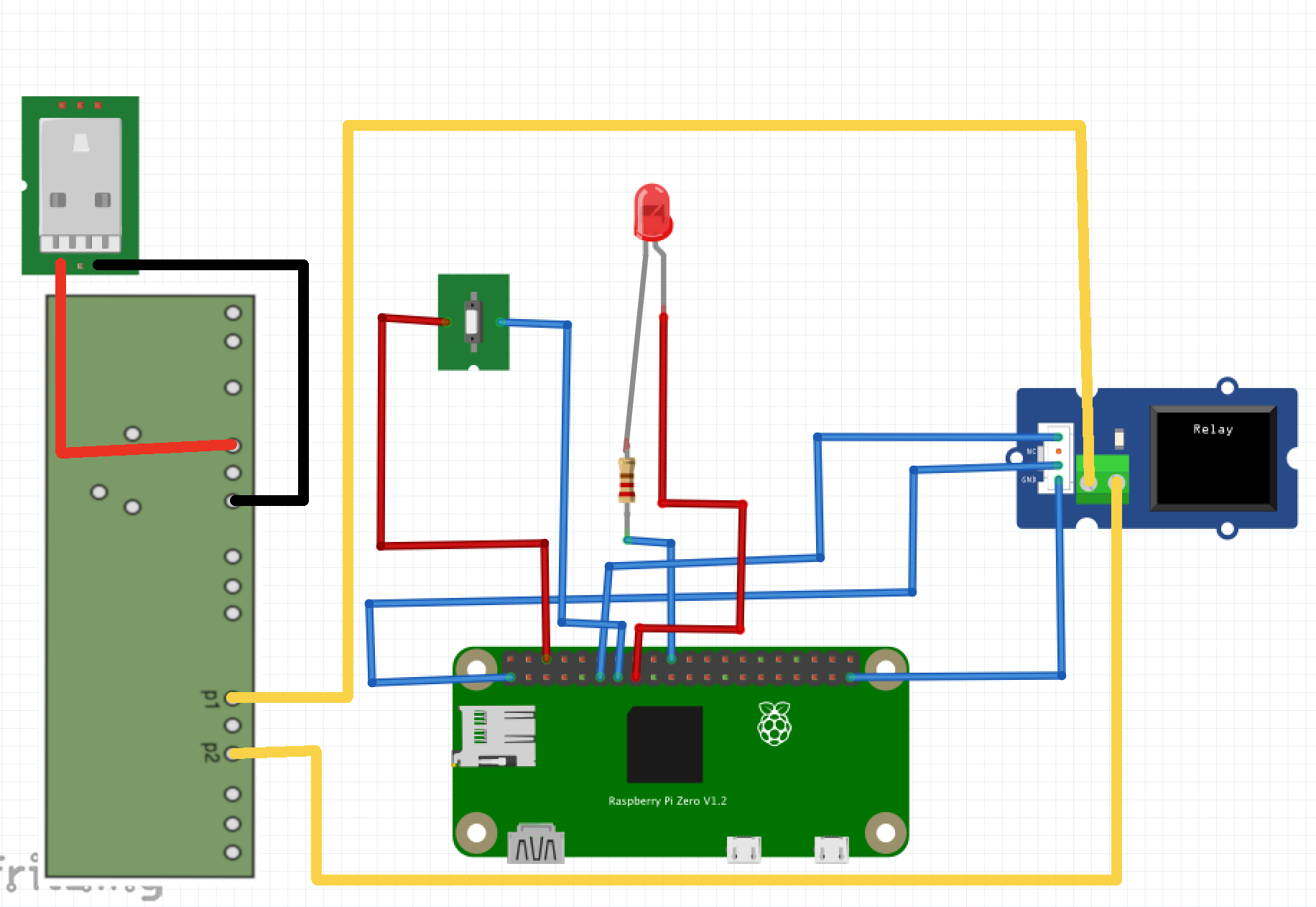