The automated bird repeller system seeks to fend off birds from crop fields to minimise damage and maximise crop output!

The automated bird repeller system seeks to fend off birds from crop fields to minimise damage and maximise crop output! 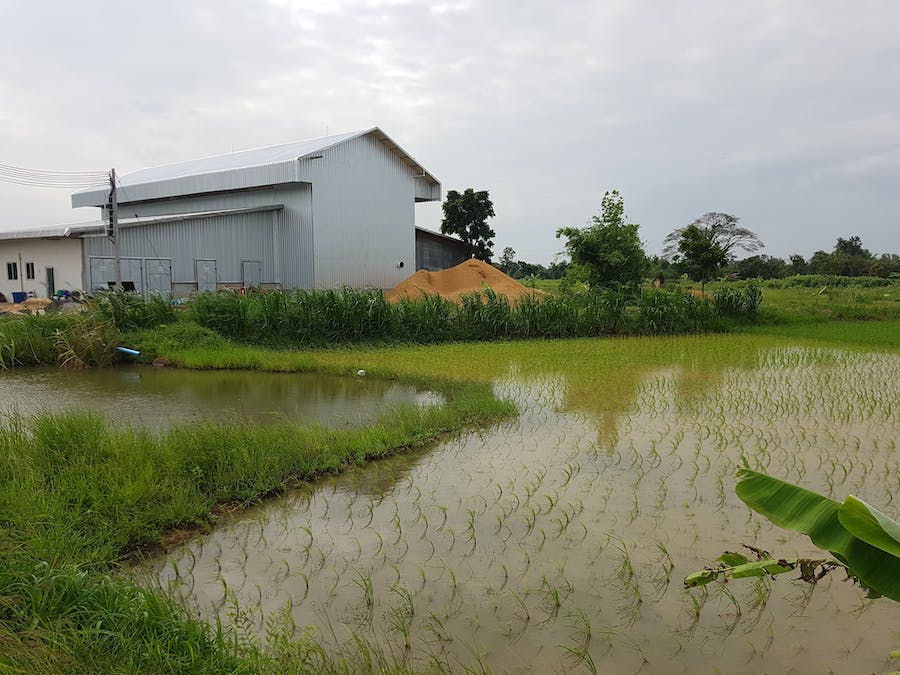 The automated bird repellent system was designed to keep birds away from feeding on crops on crop fields during harvesting seasons. The Sustainable Living Lab (SL2) in Singapore has created this prototype from scratch and implemented it on the Raitong Organics Farm in Northeastern Thailand. The entire process of conceptualizing, designing, iterative development, testing and implementation spanned close to a month, including five days spent on the Raitong Organics Farm itself.

During the planting season in October and the harvesting season in July, birds such as pigeons, sparrows, and chickens were found to be feeding on the crops on the farm, causing significant damage. This led to the farm suffering losses in crop output and a subsequent adverse impact on it's revenue. Tried and tested solutions such as shooting blanks and the usage of scarecrows or laser beams were found to only provide short-term relief and had limited impact. At a time, close to 30 birds were found to be feeding off these crops, necessitating an immediate and truly effective solution.

The birds were found to be attracted to the mill, where rice grains are stripped off the husks, sorted by size and colour, and packed. During our visit to the farm, we observed a congregation of birds (sparrows, pigeons) at two different timings: once in the morning (before 8 am) and in the evening (around 4-6 pm). The birds were found to be highly persistent, whereby despite loud noises, they made a momentary evacuation before promptly returning to their original spot.

In a bid to keep these birds off the fields, SL2 conceptualised an automated bird repellent system which utilises a combination of ribbons and loud noises to shock the birds and cause them to flee the area.

Looking for the Sound

We sourced for various kinds of sounds, from natural predators such as falcon (and velociraptors) to gunshots, screams, and a ringing bell - a very entertaining mix! We will use these to test out the system to find out which will work the best. More importantly, we want the sound to be loud, surprising, and played in an irregular interval.

Looking to find an alternative to regular speakers, we hacked a loudhailer:

The 'sound brain' controls the audio signal sent to the megaphone speaker. We designed it to play our 'bird scarer' playlist in random intervals.

It is made up of:

Initially, we tried to use the MP3 Module without the amplifier. It worked, but the volume was nowhere near what we wanted.

It rained everyday when we were in RAITONG. Waterproofing is something we obviously have to consider.

For our test, we placed the prototype at the back of the mill, where rice husk is thrown off into a pile of buffet for the birds. This is more accessible compared to the roof, even though there are numerous there as well.

We noticed that the gunshot sound was most effective in repelling the birds. We'll try this again in the morning when there are more birds.

We tried it again. Unfortunately, the birds learn fast! After they realised that the sound is not a real threat, they simply ignored the sound.

Our prototype does not work. We did not manage to repel the birds. However, it is still inconclusive whether sound works. Our megaphone was a 15W speaker. Perhaps using a higher powered speaker will work better. Also, the sound could be accompanied by some kind of moving object to scare the birds, such as a scarecrow that moves. A combination of movement and louder sound may work. However it is still required to randomise the sounds and location of the speaker, else the birds will get used to it.

We gave up on this solution also due to the fact that using a louder speaker may disturb the villages nearby.

So that's a wrap for our attempt using sound to repel birds. If we were to attempt to do this again, we would consider using a drone instead. Airports use drones to scare birds away from the runways. However, this is potentially costly. Thanks for reading! 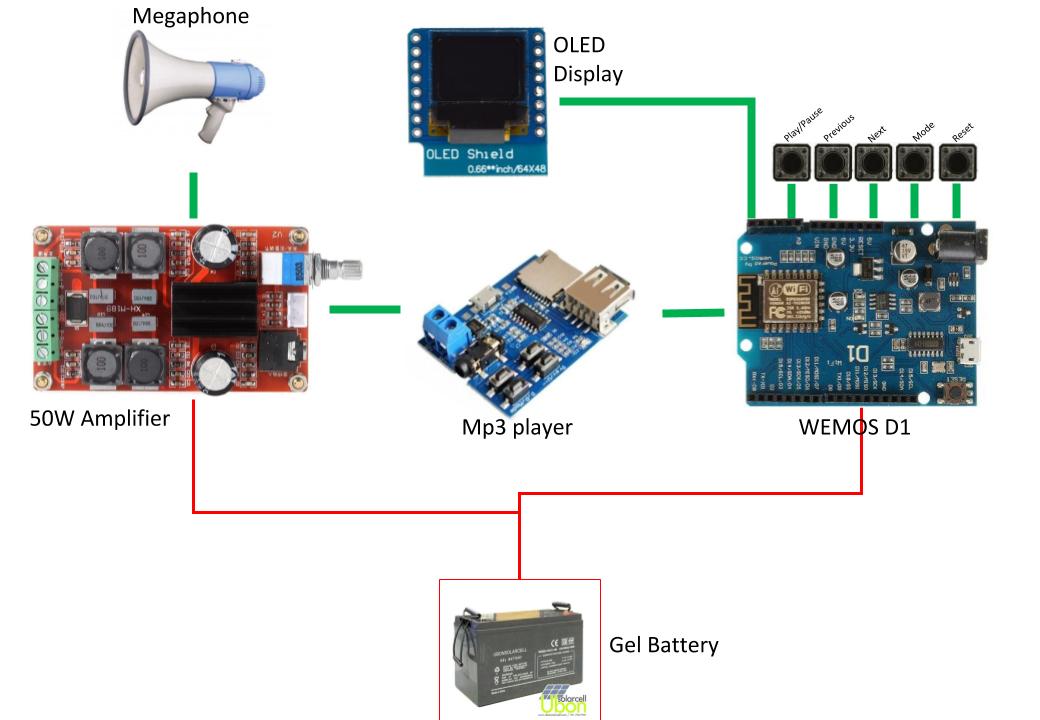 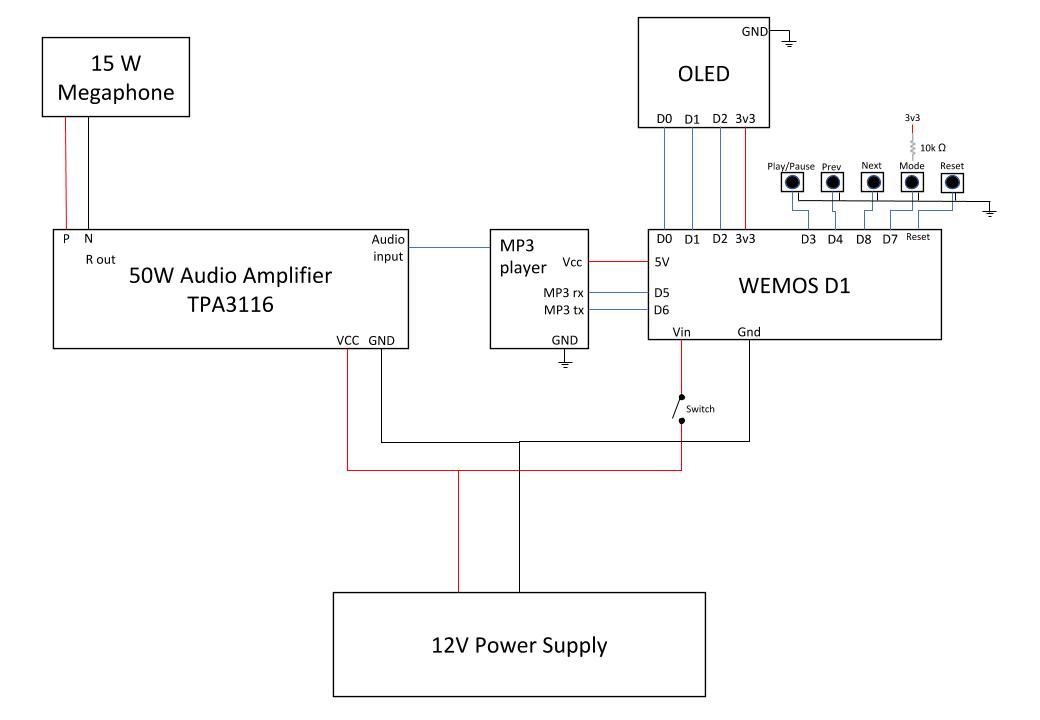 3 projects • 28 followers
We use technology to advance sustainability.
ContactContact