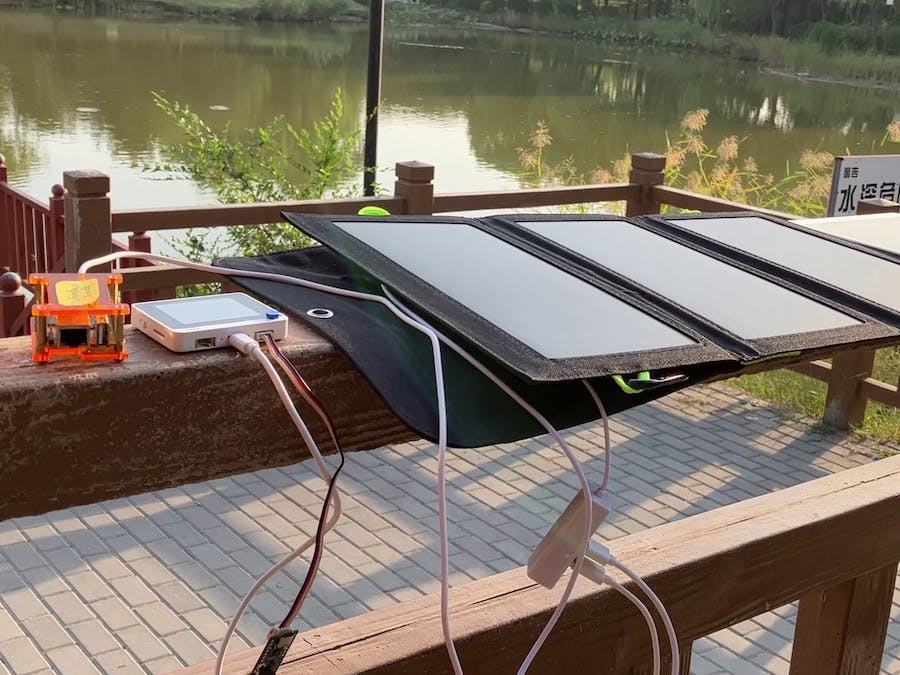 Problems and Challenges in The Wild

Many wild ecosystems do not have good network connections, and it is difficult for data analysis systems that rely on the cloud to work well in such wildlife-rich scenarios. Furthermore, such cloud-based systems are usually so expensive that wildlife researchers or institutions cannot afford.

I am honored to receive the free hardware - SenseCap K1100 kit from Seeed. In this kit,

This is a very great but challenging task. On-the-edge AI has a profound impact on the intelligence in the wild, because there is no good network in the wild to connect to cloud services with unlimited computing power.

At present, there is not much public research on the workedge AI for wildlifes or animals. Let us do a deep customization for this tasks:

One of the few publicly available animal datasets - Animals Detection Images Dataset from Kaggle (called "animials-80" dataset ) has been used. It contains 80 animals in 9.6GB images, and should be great enough for common animal recogization task.

Thanks to the Kaggle's working, we do not need to do labeling ourself. But the original label format in the animals-80 is not Yolov5 format. A preparation work has been carried by me on it. The core part is the preprocessing function shown above. Please the later Code section for more.

Unfortunately, I don't have enough resources to do a full training on full 9.6GB training. So, a picked subset of animials-80 dataset has been choosen.

We use a 24-core Xeon SP to do the training using above the commands got from offical example. However, after two hours (Yes, it proves again that Don't use CPU to train even it is a top Xeon SP), the final recognition effect is found to be very poor. You can see the main metrics are very low: the precision is 0.6, the recall and mAP_0.5 are just around 0.3. In fact, this result is close to not working.

Let's reduce the types of recognized animals to four: spider, duck, magpie and butterfly, which of course are the most common animals in a suburban wild area.

Ok, the recall and mAP_0.5 are upward to around 0.6. Not too bad. We will see the result in the late TinyWild's Wildlife Survey.

In the core of the server side of TinyWild, an free on-the-edge IoT data stack - JoinBase is introduced.

Nowadays, it is impossible to run MQTT broker + database + no-coding visualization at one resource constrained edge. JoinBase just comes as a game changer.

Unlike existed IoT for wild solutions, with the help of JoinBase's edge-cloud-in-one architecture, the TinyWild gives out a wildlife diversity real-time monitoring and analysis system reference implementation in low cost, high availablity and great scalability, from UI to data analysis on the edge.

All done in the wild. No network connection to cloud any more needed for data analysis, even if you are in the African savannah to observe the rhinoceros. Our TinyWild system is especially suitable for real-world wildlife research.

Pack All Being the TinyWild

We just write a SQL schema to create a table in the JoinBase like you do it in the your traditional database:

Then, it is enough to start to service device messagings, no more codes. More usages about JoinBase could be seen in its own website.

In the client side, we change SenseCap's official no-coding tooling SenseCraft to make Wio termial to work with an edge data stack.

Three main contributions are done in the TinyWild development, compared to the official version of SenseCraft:

1. Dynamic sensor-join-in/out for a wide database table has been supported.

2. MQTT and Sampler thread event loop has been enhanced.

3. Properly calibrated realtime clock has been supported via RTC and rpcWiFi libray.

More details could be seen in the related repo in reference.

The total size of TinyWild is 305mm x 180mm by the largest part - solar charger, of which the size is just to that of a book.

That is why it named: Tiny. Let's go to Wild!

Wildlife Survey in the Wetland Park

For evaluating the TinyWild, I go to the country park to complete a wildlife survey.

We start from the wetland lake in the center of park but keep on running till we're back where we started in the entrance of the park.

Monitoring queries running in TinyWild is persistent in the whole survey.

There are wild ducks (mallards) in the lake. To test the static recognition performance of Grove AI module, the carema is been pinned to lakeside for around half an hour via a tripod. See more results below.

Data Analysis to the Wildlife Survey

In the basic conclusion of this wildlife survey, for individual identification, it is not particularly ideal. But, for survey, the qualitative information collected is effective.

let's observe the whole survey group-by (in the third picture above) query:

Because it is found hat the outputs of Grove AI have a great possiblity with the confidence 100 (100% for short) even for its own built-in (people detection) model. This is impossible. So we treat all confidence >= 100 detection as "Unkown".

This stems from the logics of database storage model and that of SenseCap's no-coding SenseCraft in that our TinyWild's Wio termial codes are modified from it: the data logic will send data in a timer interval then clear the input buffer, if the buffer can not filled by sensors then for single point, you can easily ignore it but for a row of points like show in the TinyWild database table, we still need to something here.

So, change to see the records with high confidence, here > 75 in the query:

This seems the Magpie are been recongized as the bufferfly. But what they have in common is that, they often flys in the air.

We exactly found that the Grove AI works greatly for nearby animal detection like we done in lakeside: we got four counts when suddenly three ducks swims into the scope of camera in a relative static positioning.

1 / 3 • Duck observation in the wildlife survey

For the great portable and mobility of the TinyWild, let's look at another case: continuous light sensorsing in the edge:

When I went back ( @ 17:09 ) after survey at the lakeside done, I go through a big tree road ( after 16-17mins according to the recoding ). The above figure is the plot of light sensor values at the last 22 mins of the return journey.

I'm going through a tall wooded area (it obvoiusly become dark in that time, although the ios shot is fine)

The TinyWild completely and accurately recorded of the entire changes of light sensors while the entire cameraman is moving all the time, many times the network is poor.

TinyWild is tiny and wild(no cloud needed). It is also cheap:

The parts of observation endpoints like iPad or laptop are not included here. Because they are replaceable with any have-screen endpoints with the web access capability. For example, an unused phone. I have three unused phones and one unused pad...

The total cost of TinyWild is $53, and you can reduce the solar charger to a much cheaper common charger if you are not working too long in the wild.

Due to the lack of time, we did not complete the work related to adding LoRaWan gateway to JoinBase server and TinyWild. But we promise to have support for LoRa Gateways in a few weeks, even if the race is over.

After that, JoinBase will be the world's first data stack with MQTT and LoRaWan dual-gateway supporting, and can uniquely run on $15 SBC with a 3MB binary at the same time.

For the recognition of a small-kinds, short-range, low-speed objects, Grove AI has shown good results. However, if let Grove AI module to interfence with 15-animal-kinds model, it is found the runtime latency is larger than 1ms. And it is alsos observed that the overheating hot loop may cause the module to hang.

So, to make better use of Grove AI module well, more community practices are needed.