ShopArm is a 3D printed robot arm built to act as a personal assistant.

ShopArm is a 3D printed robot arm built to act as a personal assistant. 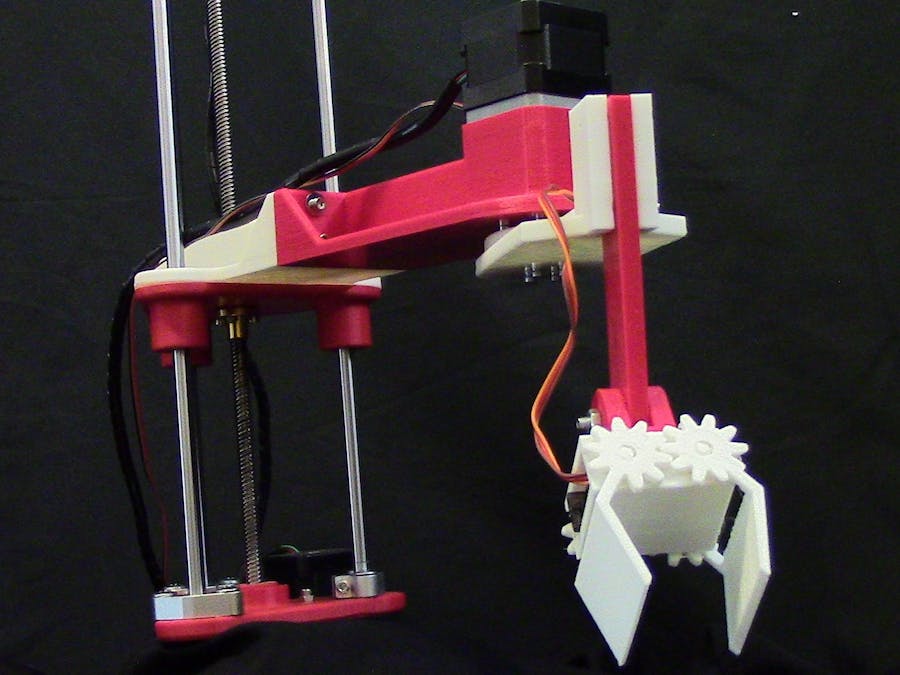 This is a project that we have been working on for a couple of months and are just releasing. We have launched it on Kickstarter. All files and designs will be released very soon.

The ShopArm was born out of the need for a low-cost robust and easy-to-use robot design. Most robot arms need some level of tech know-how to use. We wanted a robot that grandma could use. So we really cared about the interface when we started the project. So now it has speech control and a vision system that can track a hand.

But we are makers so we wanted it to be a fun kit. That is part of the reason that most of the arm is 3D printed. It is also made primarily of 3D printer parts so that the arm can be built with many off-the-shelf components.

The control-board for the arm is an Arduino Mega with a RepRap shield and motor controllers.

All designs and files will be released as soon as they are formalized.