How to configure the Omega so you can use the single onboard serial port in your C/C++ projects.

Free Up the Serial Port on the Onion Omega

Free Up the Serial Port on the Onion Omega

How to configure the Omega so you can use the single onboard serial port in your C/C++ projects. 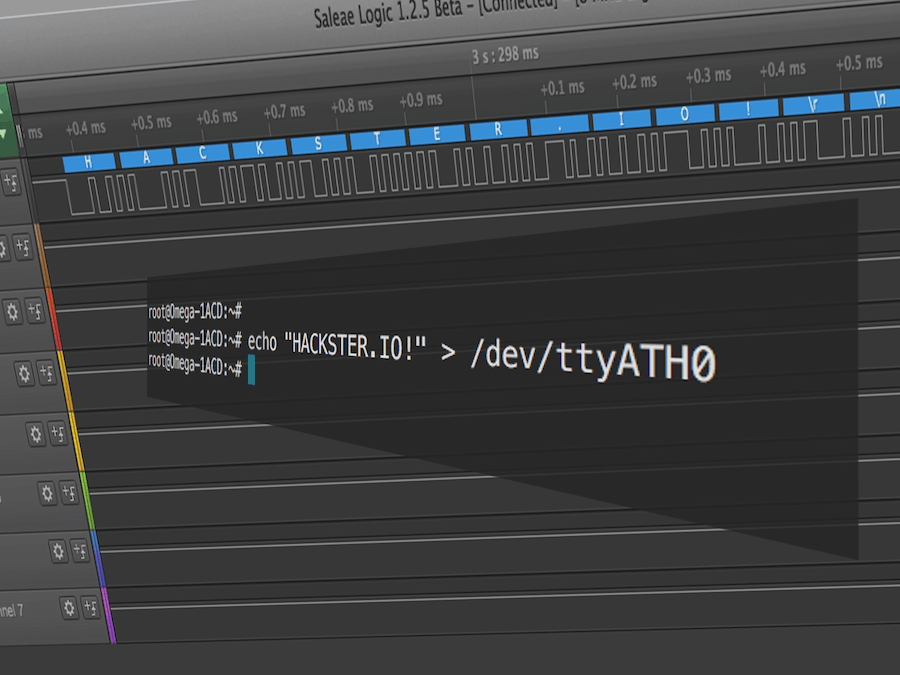 Out of the box the serial transmit pin (TX) on the Onion Omega is configured to output the boot messages during startup and will print kernel debugging messages. The receive pin (RX) will also accept input at boot time.

Because of this configuration you are not able to fully use the serial port in C/C++ code and trying to do so will cause undefined behavior in your programs.

This pro tip will show you how to reconfigure your Omega in less than 5 minutes so you will have full access to the serial port from your code.

Note: If you want to use the serial port in it's factory configuration the default baud rate is 115200. The path is /dev/ttyATH0

As I said above the default boot behavior of the Omega is to output messages via the serial port and also prompt for input.

Disabling this behavior is very simple.

1. SSH Into the Omega. All of the configuration will be done from the command line.

2. Install Nano. This is a very lightweight text editor that we will use to modify files.

3. Open /etc/inittab. This is the file that contains the boot setting that ties up the serial port.

To comment out a line you simply place a # at the start of the line. Your inittab file should look something like this when you are done.

You could also remove the line but I prefer to comment it out in case I want to enable it again in the future. That way I don't have to remember the syntax, I can just remove the #.

5. Save the file and exit. In Nano this is accomplished with Ctrl-O which will prompt you if you want to overwrite the existing file by saying "File Name to Write: /etc/inittab". Just hit Enter. Then you use Ctrl-X to exit Nano back to the shell prompt.

The other default behavior of the Omega that uses the serial port is kernel debug messaging. By default if a kernel message log level is above the system console_loglevel it will output it on the serial port. You can see this in action if you have a serial lcd hooked up or a logic analyzer by running the following.

echo "Hello from the kernel" > /dev/kmsg

That command will cause "Hello from the kernel" to output on the serial port TX pin.

Disabling this behavior simply requires that we set the default console_loglevel high enough that no kernel messages will be output on the serial port.

This file will allow us to set the console log level at bootup.

Add the following line to the top of your sysctl.conf file.

This is done the same as above with inittab. Ctrl-O, Enter, Ctrl-X.

This allows all of the changes to take affect.

You are now ready to access the serial port in your C/C++ code using the termios functions.