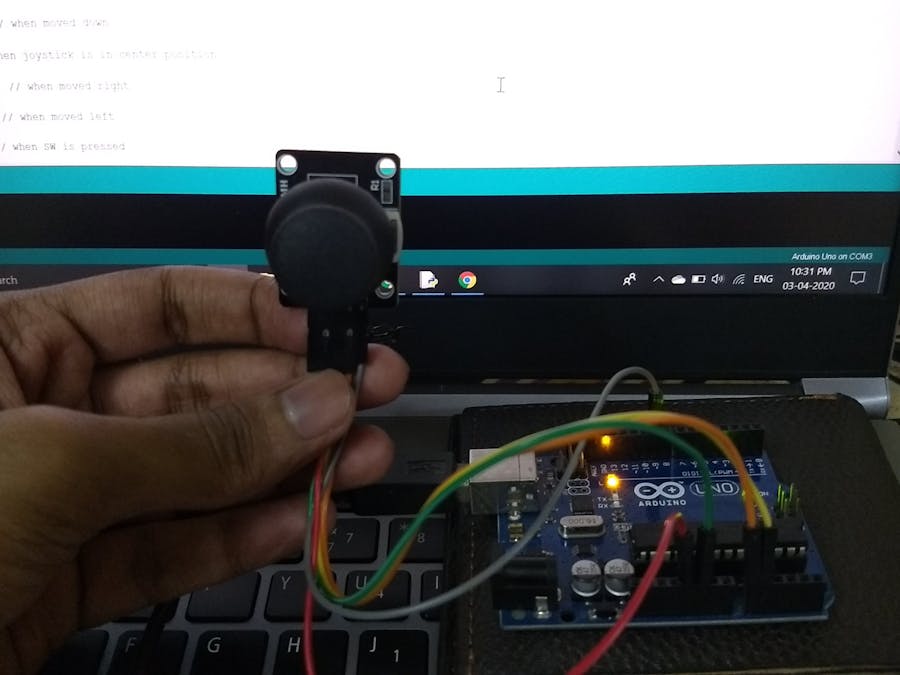 As an alternative to tracking computer's cursor using a mouse or a trackpad, I have made this same application with the help of a joystick. The joystick can move the cursor in any direction (x and Y axis) and also performs click function with the built-in joystick's switch.

A joystick plainly consists of 2 potentiometers aligned in the x and y direction. The arduino reads analog values from the joystick in the range of 0 to 1023. Thus, when the joystick is in its default(center) position, the analog value also becomes close to 500(between 0 and 1023).

The status of joystick button(SW) is printed(1/0) on the serial monitor after the x and y values.

For the laptop/computer to recognise the values, we will need the python's pyautogui module.

The user must have python 3 installed on their laptop/computer. It can be downloaded from the here.

After installation, Copy the path of the python file location.

copy the path of python3.8

1. cd <paste the path of the python file>

The python program is made to read the text printed by the Arduino and recognise the x and y direction values as well as the status of switch(SW).

The current coordinates of the cursor is obtained from the pyautogui function pyautogui.position() which provides the cursor's X and Y co-ordinates in the form of pixels.

When the joystick is moved, the analog values(-80 to 80) provided by the arduino is added with the current cursor's position to move the cursor in the desired direction.

To move the cursor in the given direction, the function pyautogui.moveTo(X+x,Y+y) satisfies this purpose.

where X and Y is the current cursor's position and x and y are the increment/decrement positions provided by the arduino.

To perform click operation based on the SW status, pyautogui.click(x,y) is used.

Upload the arduino sketch(given below) to your arduino UNO and connect the joystick to the arduino pins as given in the schematic.

After ensuring that pyautogui and pyserial is installed on your computer/laptop perform the following steps.

1. Copy the python sketch in a notepad file. Specify the correct COM port of the arduino. From the device manager, you can get the COM port to which the arduino board is connected. Save the file as ".py" after making changes.

You will then be directed back to screen in Fig 4

In case you see any errors, restart the app and check whether you have mentioned the correct COM port of the arduino.

If there are no errors, then move the joystick and you will see the movement of the cursor. 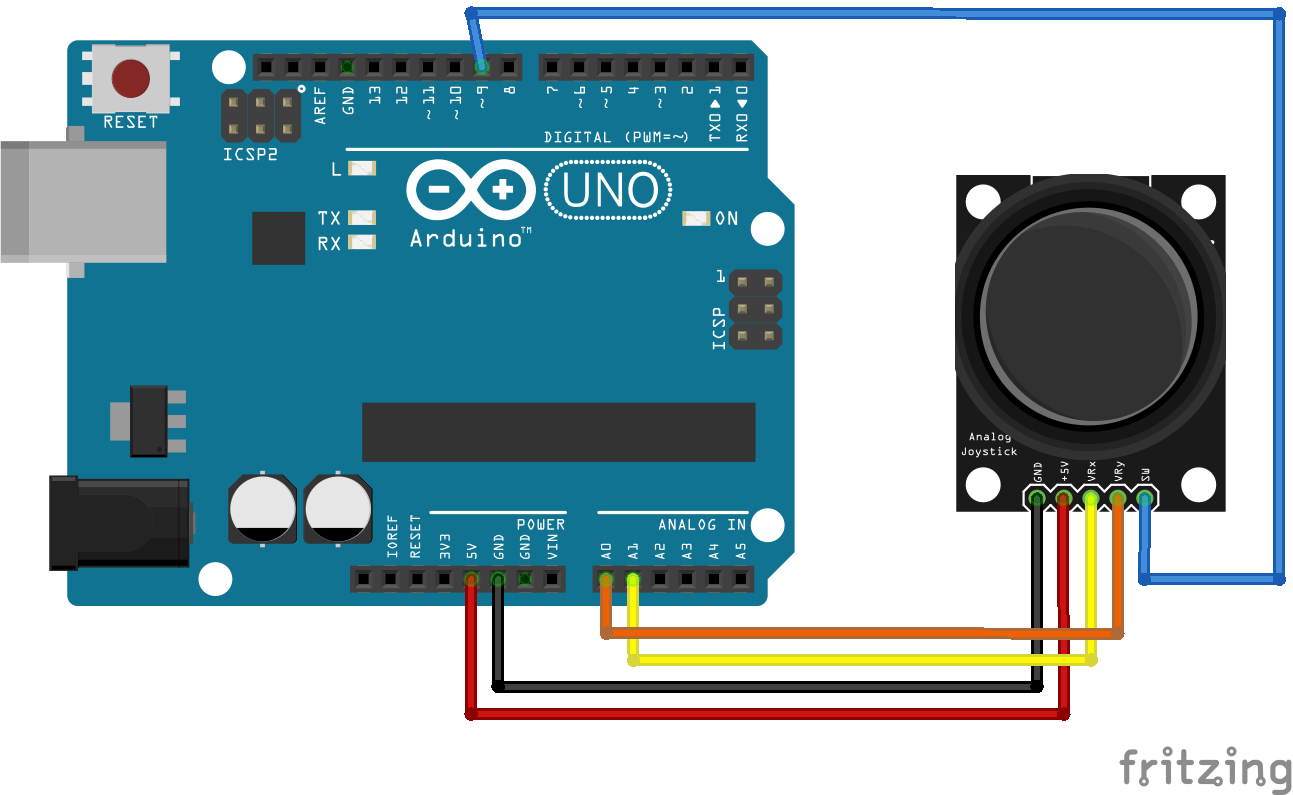 5 projects • 15 followers
I am currently an engineering student form India. I love working with Arduino, ESP's and other embedded systems .
ContactContact